With five ships in port and 9,200 or so passengers and several thousand crew engulfing Halifax and surrounds, this is the apex of the cruise season. (There will also be four ships tomorrow and on the 17th)

The large influx meant that the port had to press pier 33-34 into service for the Norwegian Dawn, disembarking its passengers through a freight shed. (Algoma Dartmouth, which normally ties up at pier 34 moved to pier 25 yesterday for the interim but departed for Port Hawksbury's Nustar terminal to load.)
Brilliance of the Seas made its berth at pier 30-31, where passengers disembark onto an open pier with no shelter at all aside from covered gangways, and amid some industrial-like activity.
With the imminent completion of work at pier 9c and the relocation of breakbulk activity to  that pier, is there a chance for redeveloping piers 30 to 34 into a more accommodating passenger terminal, at least seasonally?

The smaller Seven Seas Navigator tucked in to pier 23, leaving pier 20 for AIDABella and pier 22 for Grandeur of the Seas. 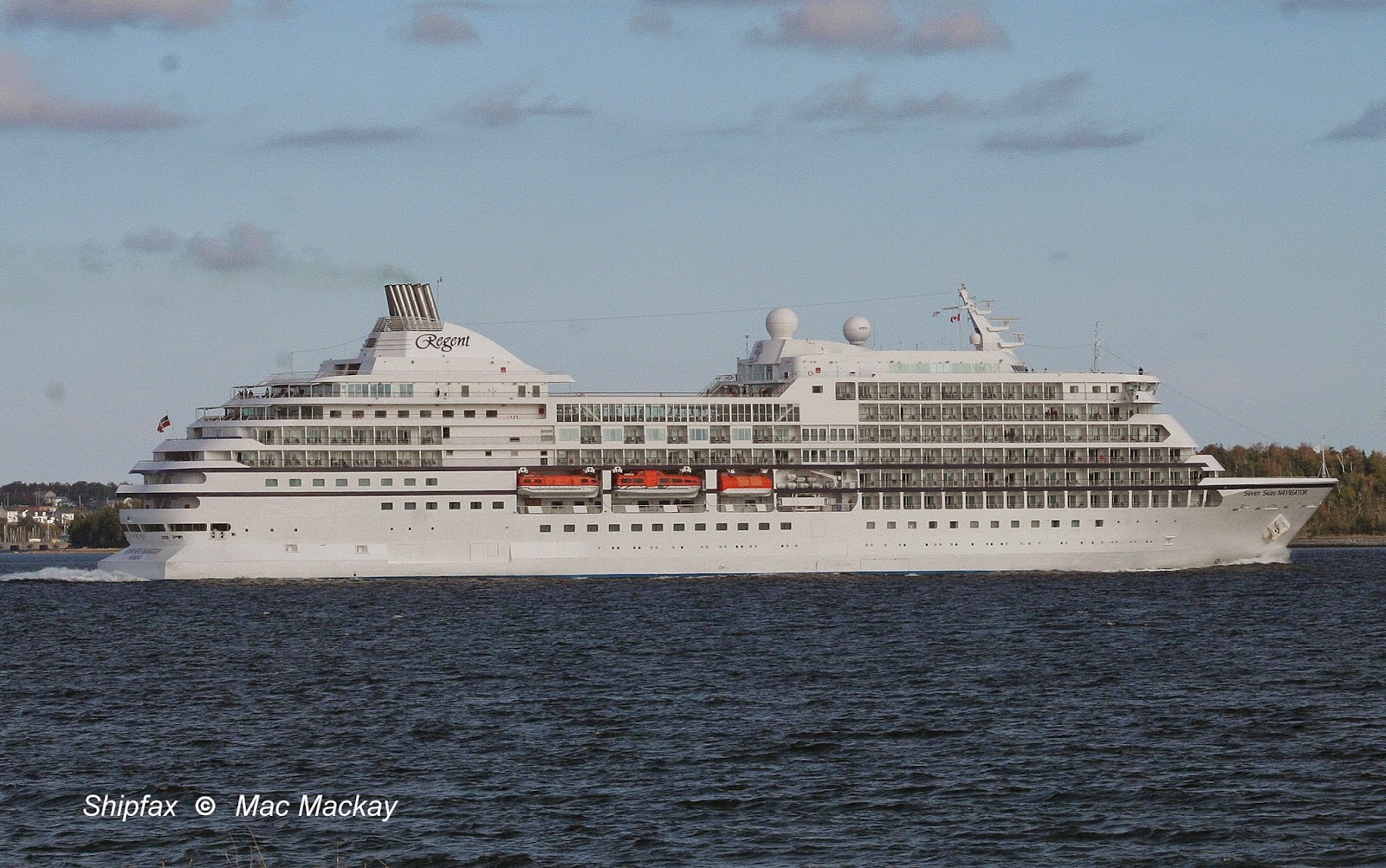 Seven Seas Navigator put on a pretty good turn of speed as it sailed.

Not built for speed, but moving along quite happily this wind turbine propelled boat was nearby. 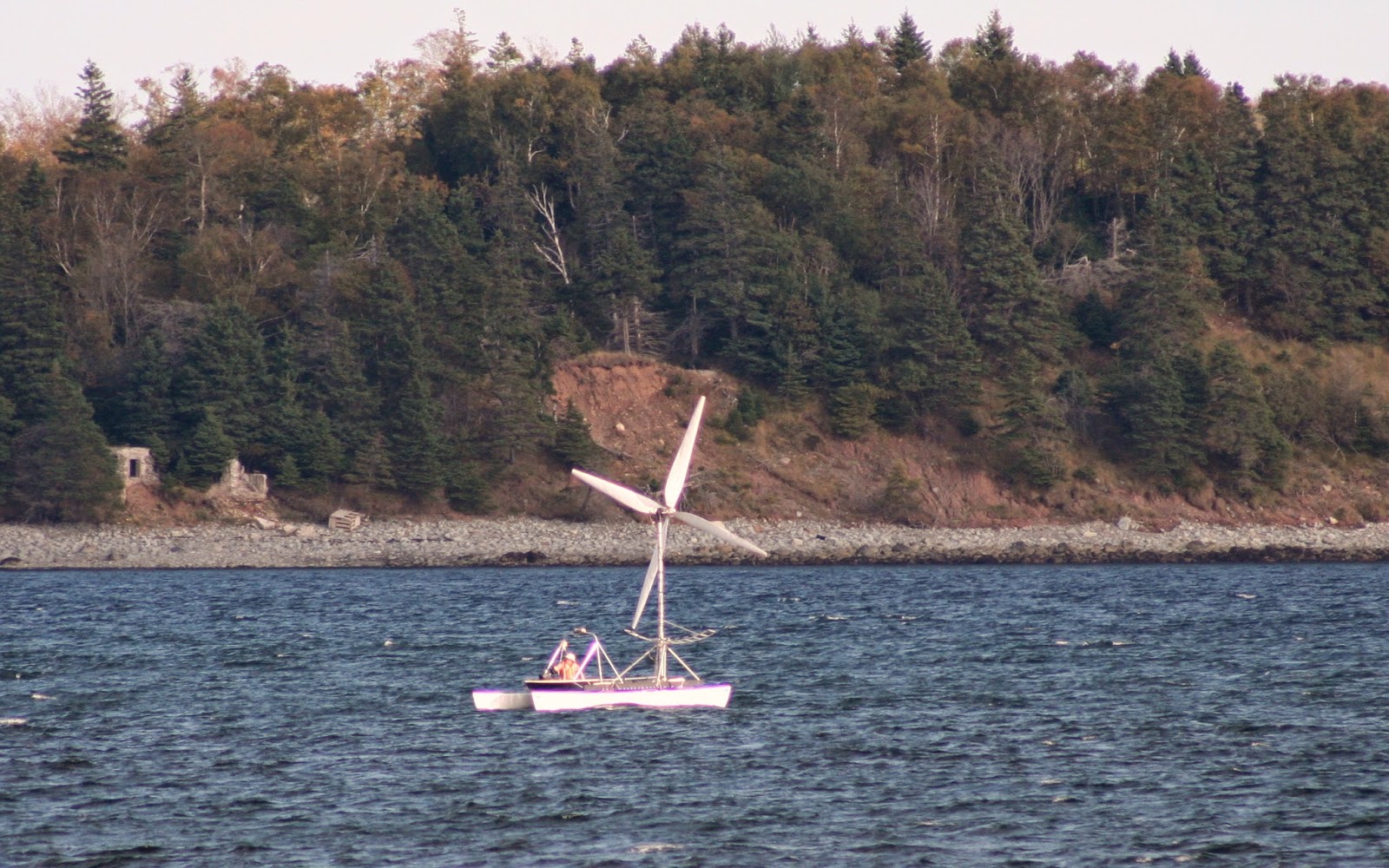