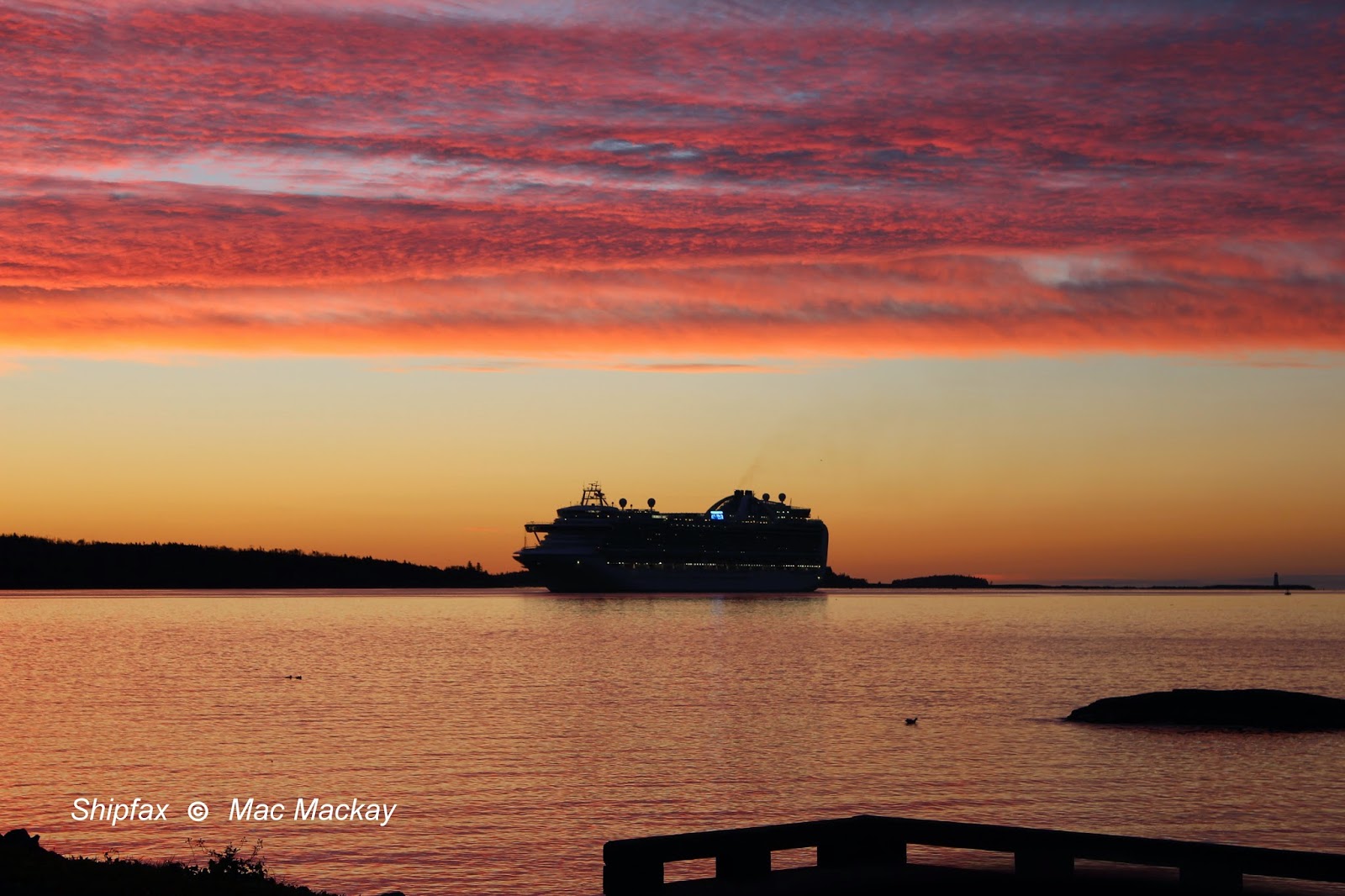 Halifax is noted for its spectacular sunrises. Since those often coincide with ship arrivals, I see the sunrise on many mornings of the year. Today's was particularly impressive, even though it meant that the ship had to take second place. Perhaps sailors took warning, from the red sky. Certainly passengers on Ruby Princess were treated to quite a sight for their arrival, although it did rain most of the afternoon.

By departure time however the sun reappeared.

Passengers on Seven Seas Navigator got the same treat on arrival, but they sailed in driving rain. 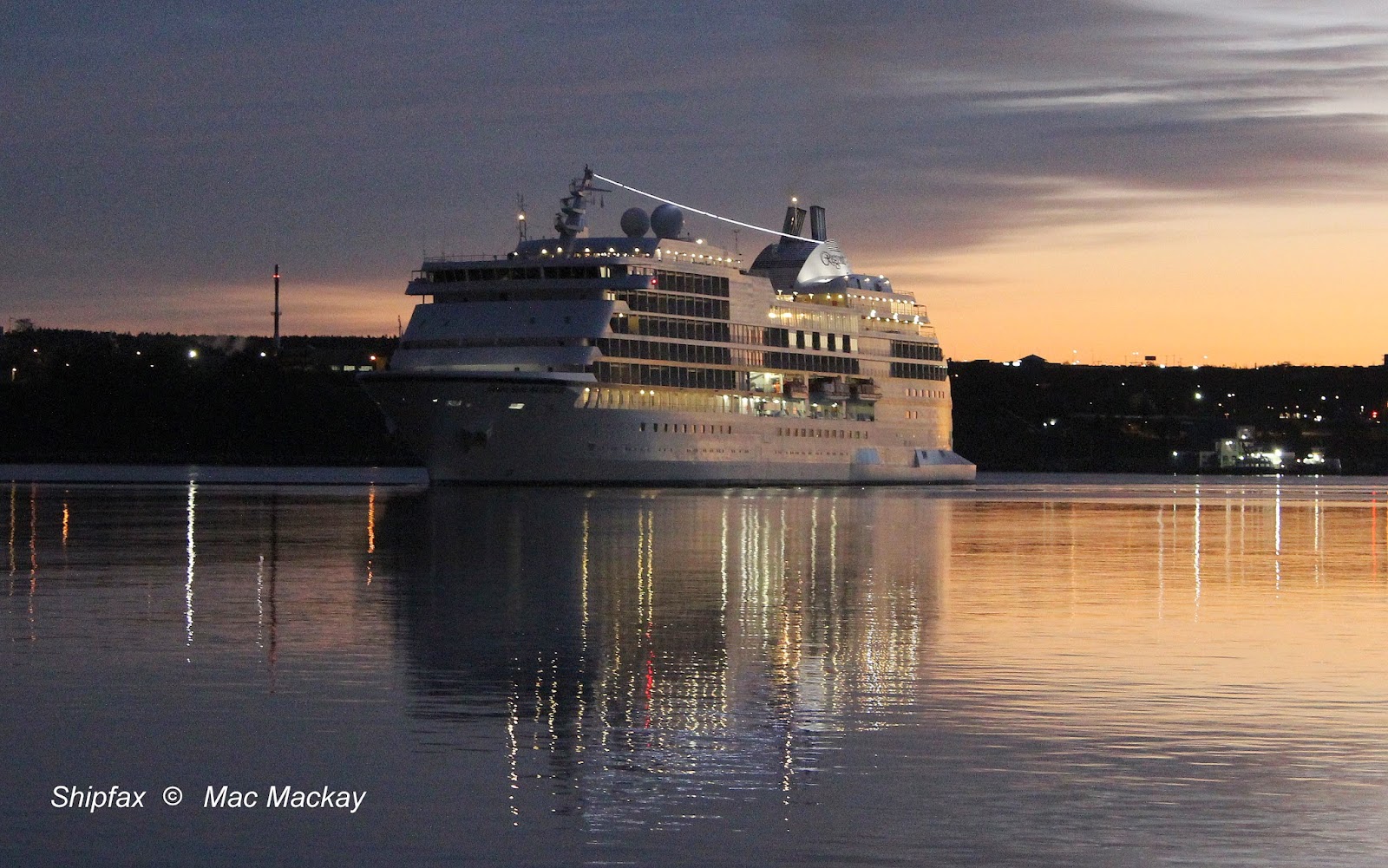 Once up the sun cast a wonderful glow, making the gypsum carrier Barkald almost luminescent. 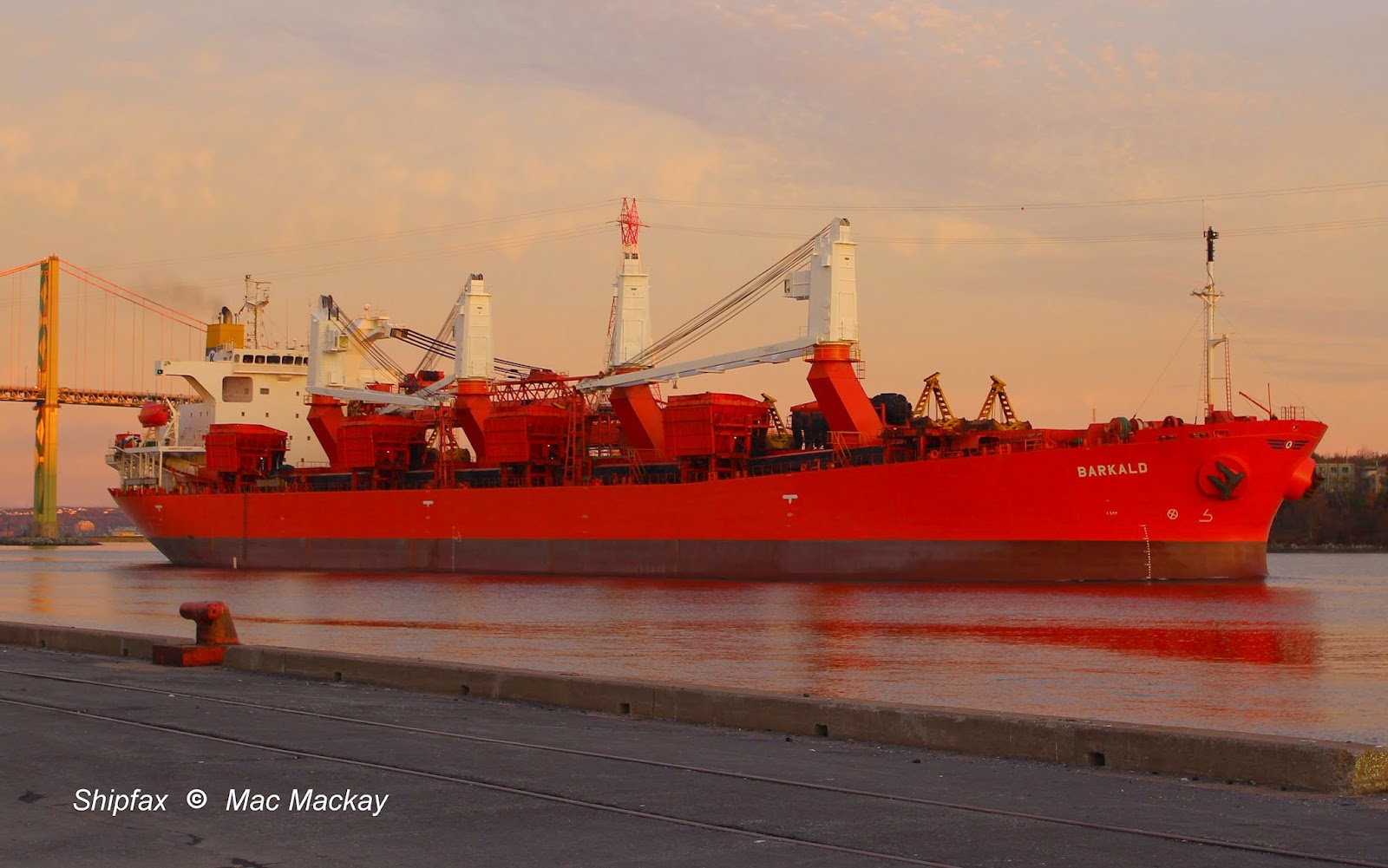 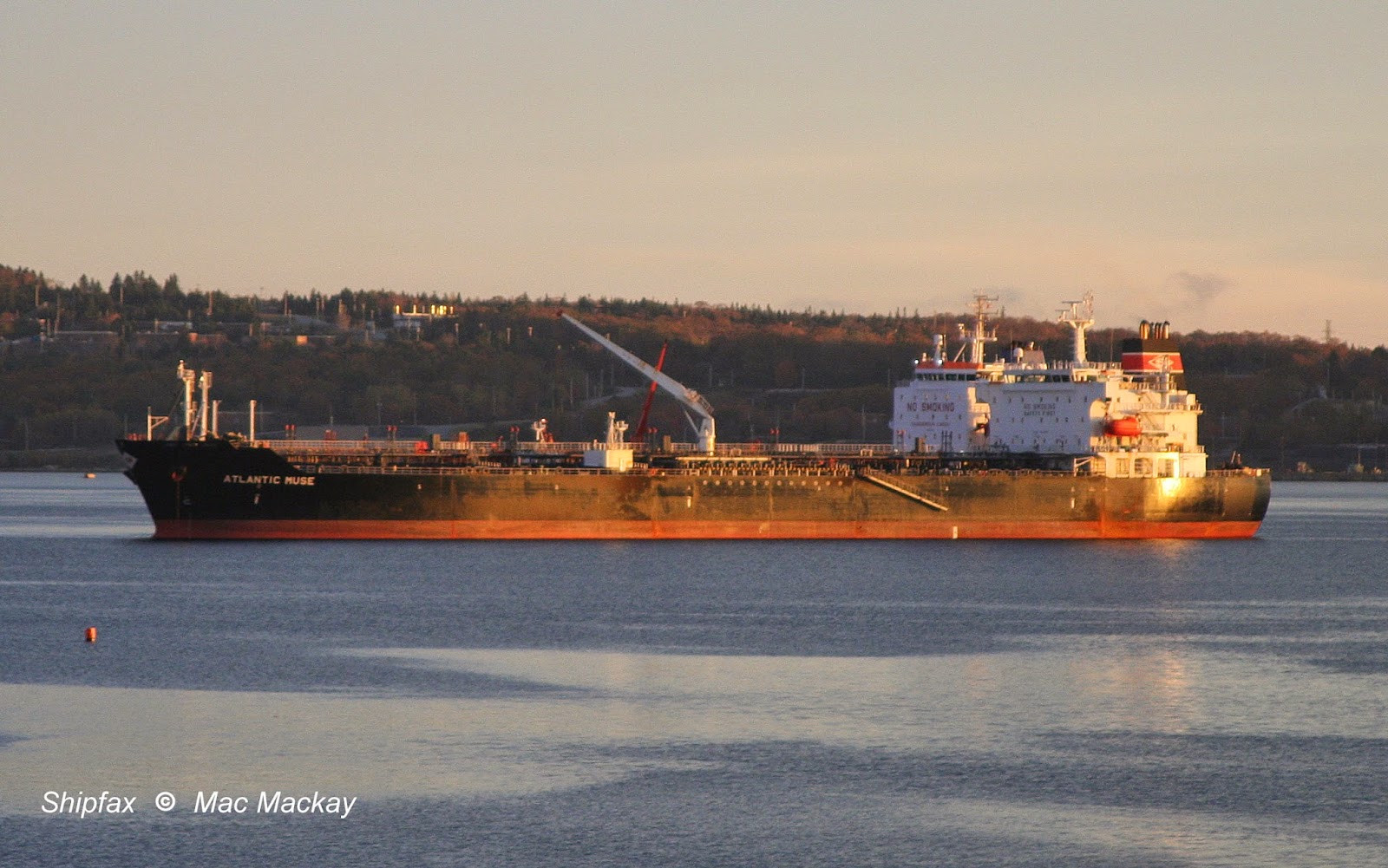 Meanwhile in Bedford Basin there was an explanation for the tanker Travestern's stay at anchor. Last night the Hong Kong flag Atlantic Muse arrived and once it was anchored, Travestern came alongside to take off cargo.  We can probably expect more of these floating transfers since there is no point in offloading to storage tanks if the delivery tanker is immediately available.

Built in 2009 by STX Shipbuilding in Jinhae, Atlantic Muse is a typical handy size product tanker of 29,753 grt, 51,149 dwt. It is operated by Hyundai Merchant Marine.