Lady Carina - in for a pit stop

The cargo ship Lady Carina made a brief pit stop in Halifax this morning. It tied up at pier 31 and was met by a fuel truck and the Canadian Border Services Agency. By 1300 it was ready to sail and departed for Montrose, Scotland. It did not appear to work any cargo. 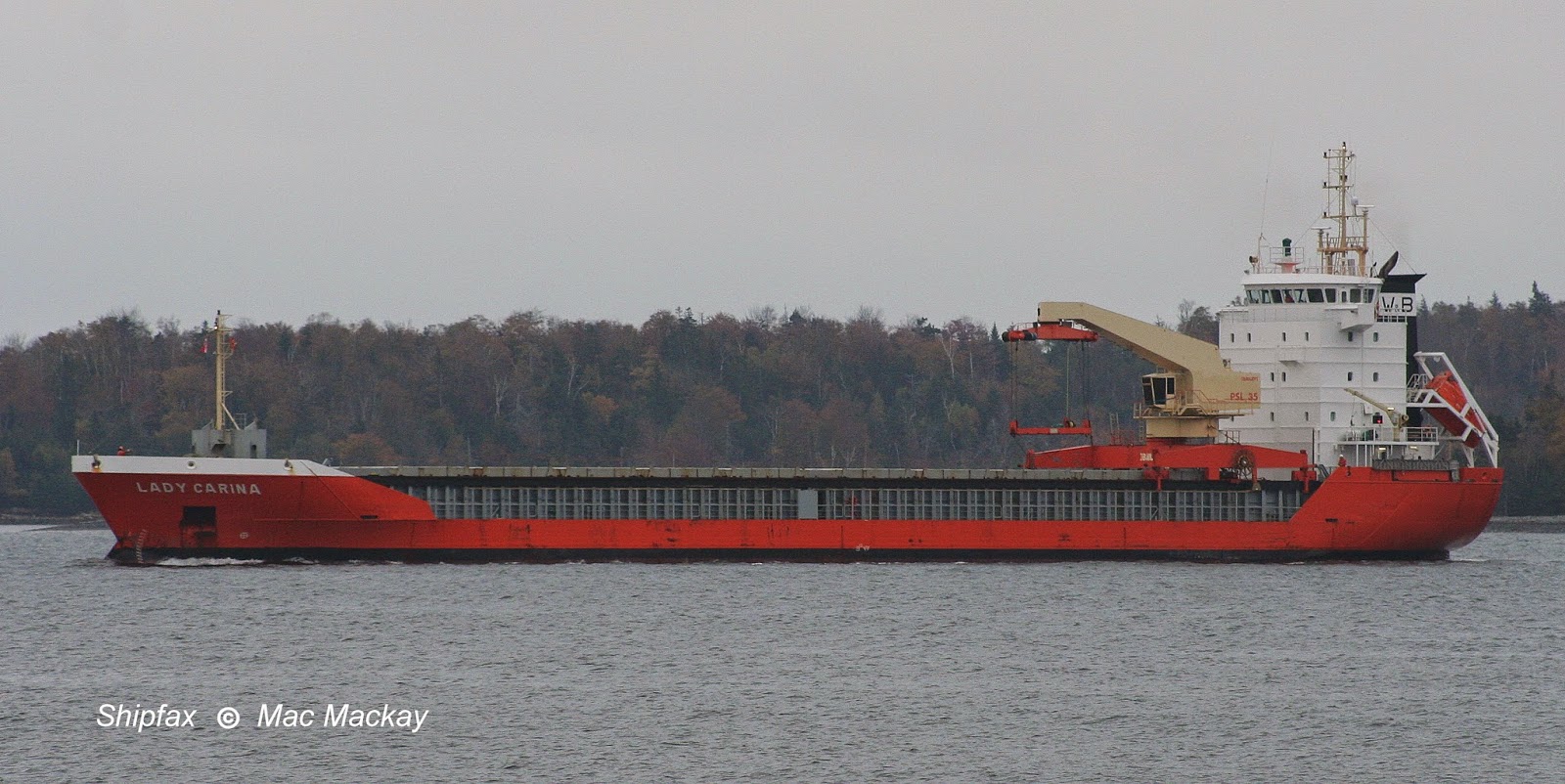 Arriving from the south, it must have had a rough trip, being chased up the east coast by Hurricane Gonsalo, but didn't appear to have suffered any visible effects.

The 4235 grt, 5360 dwt ship is fitted with a traveling gantry crane and hatch lifter of 35 tonne capacity, and has two high cubic capacity holds. Built in 2001 by Niestern Sander in Delfzijl, it is owned by Wijnne Barends of the same city. The company is best known for coastal and short sea ships, but Lady Carina is one of four sisters that are the largest ships in the fleet, and travel more widely.

Halifax also escaped the wrath of the  storm, although we did see some swells and surf. By this afternoon, Halifax was enjoying a warmer than normal fall day.

Zim Constanza sailed past a race of small sailboats, but they were clear of the channel when Lady Carina sailed by a few minutes later.