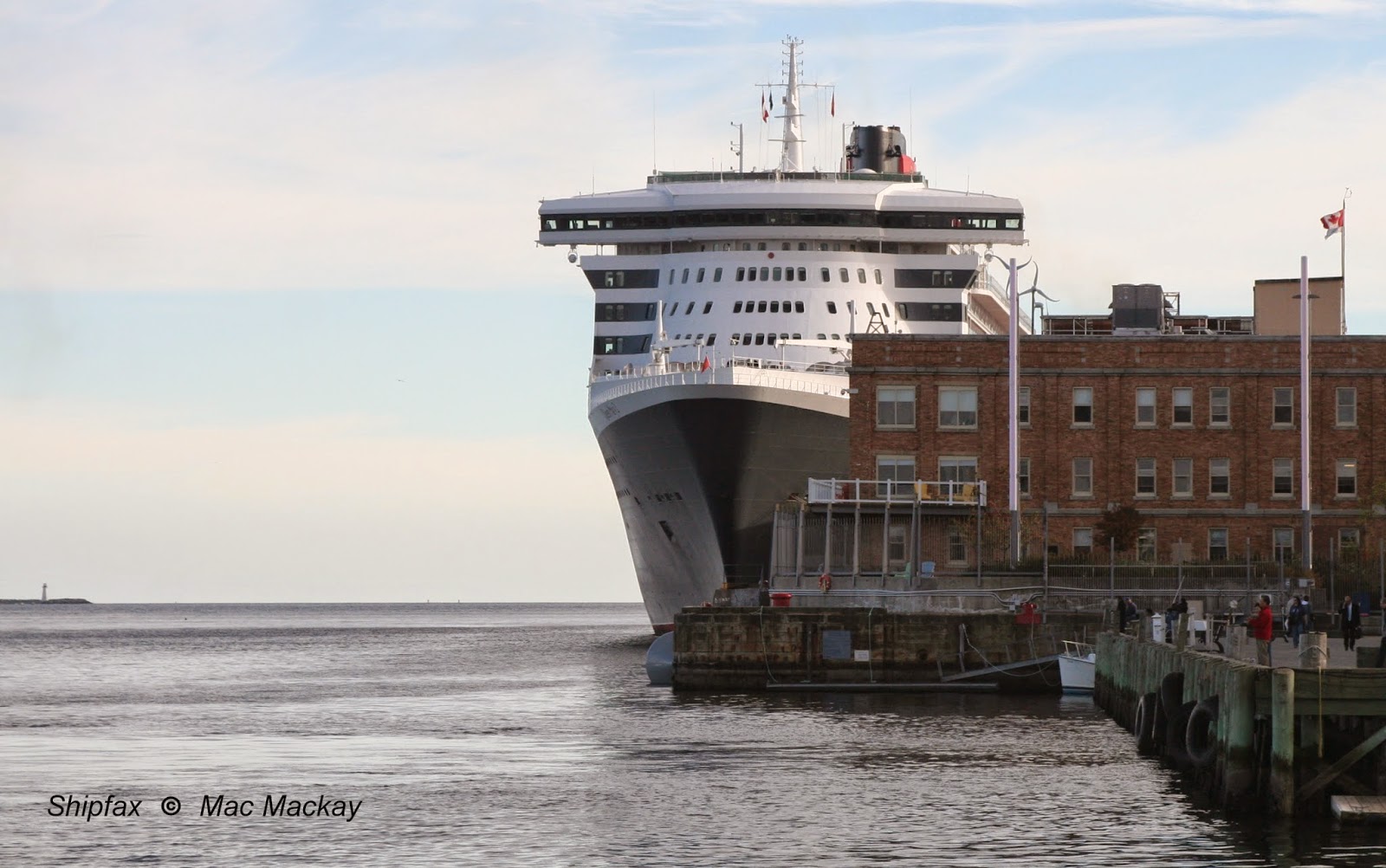 The world's biggest ocean liner (but not the world's biggest cruise ship) always attracts attention. And when it is tied up at pier 22 in Halifax it dominates the waterfront. Unfortunately its before dawn arrival and after dark departure prevent any underway photography. However during daylight hours it seems to be in view from every corner.

Seen from nearby Barrington Street, with the Via Rail train in the foreground, 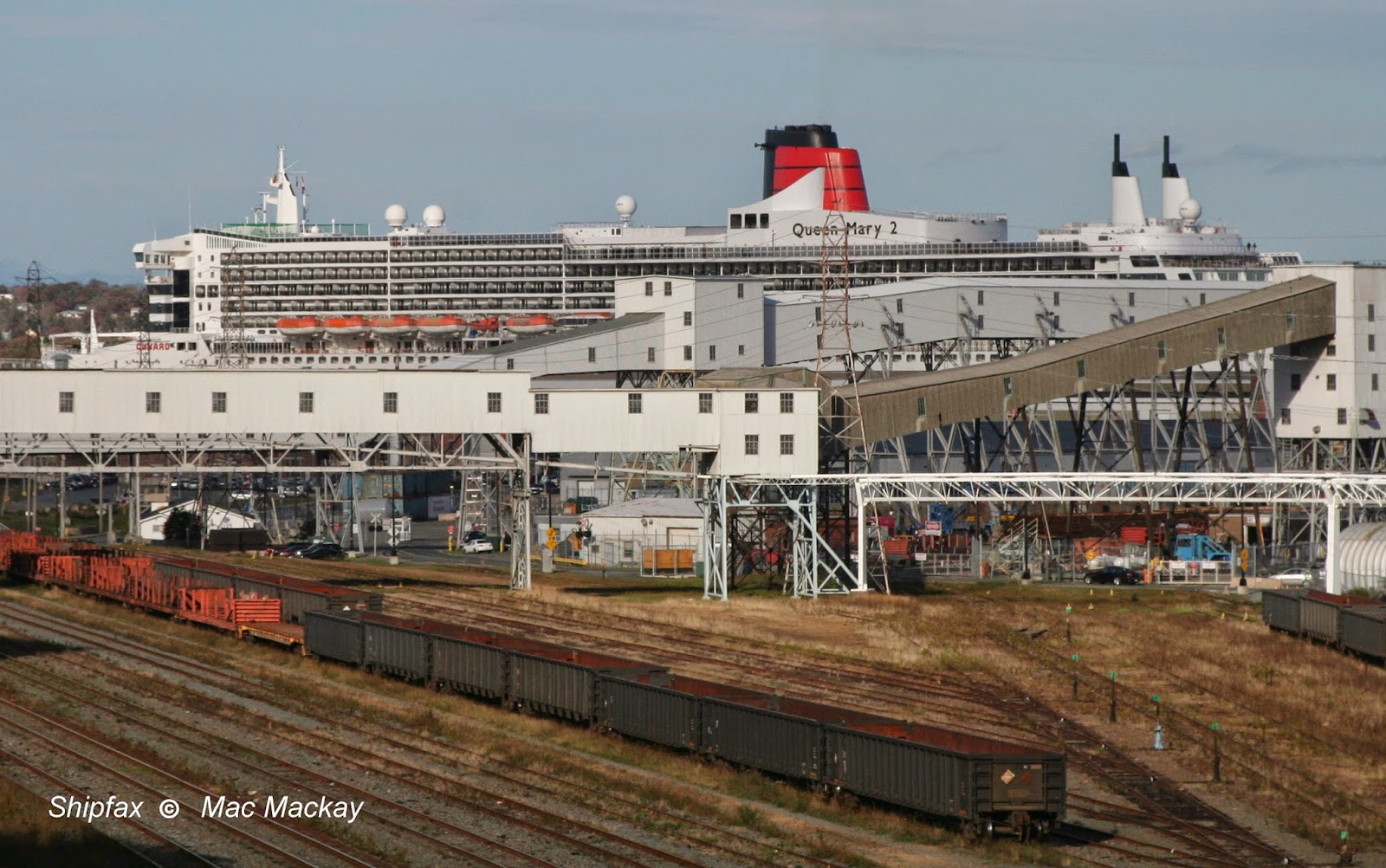 Seen from the Young Ave bridge, it looms over the grain galleries. 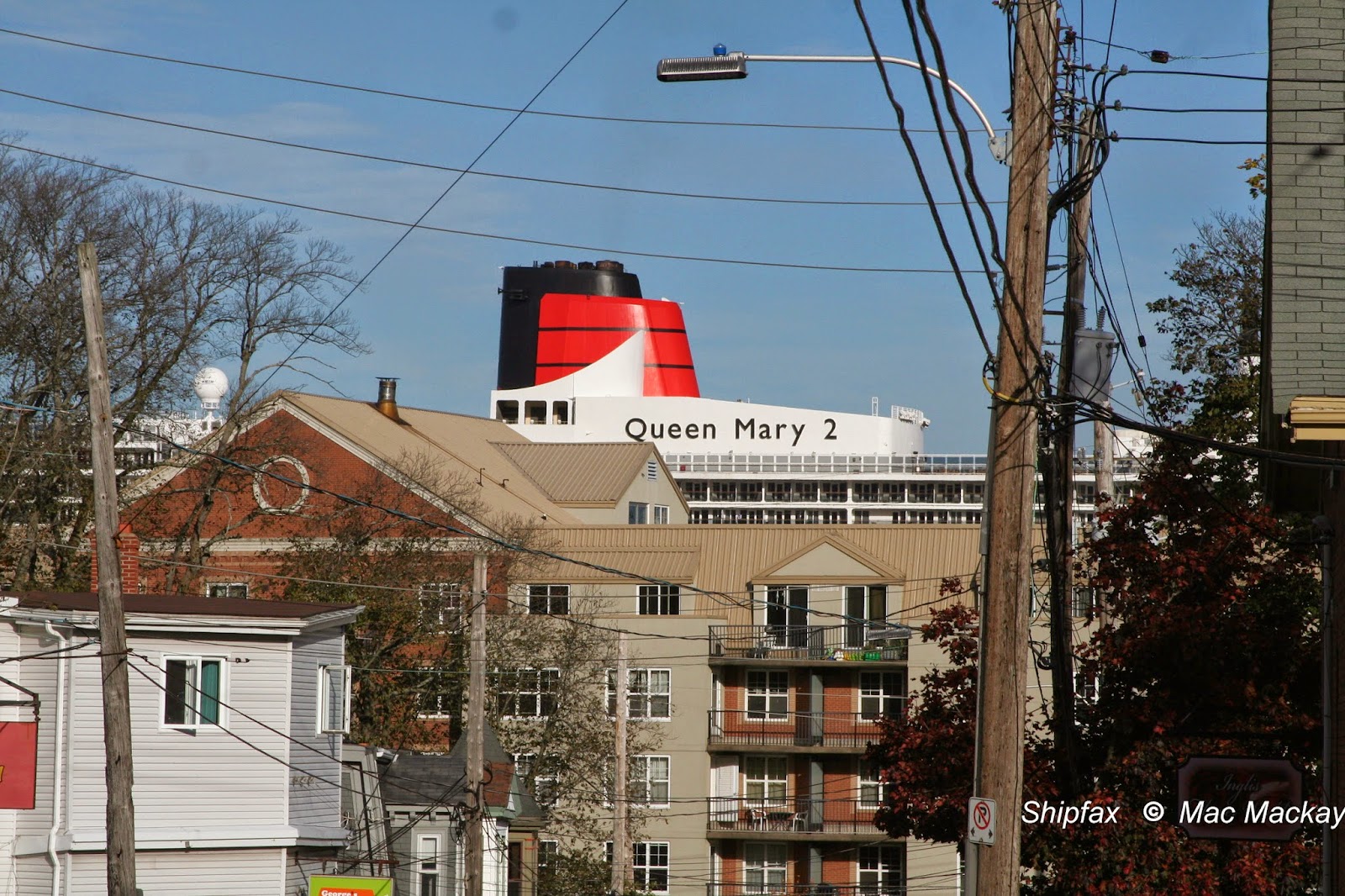 Seen from Inglis Street, it tops an apartment building. 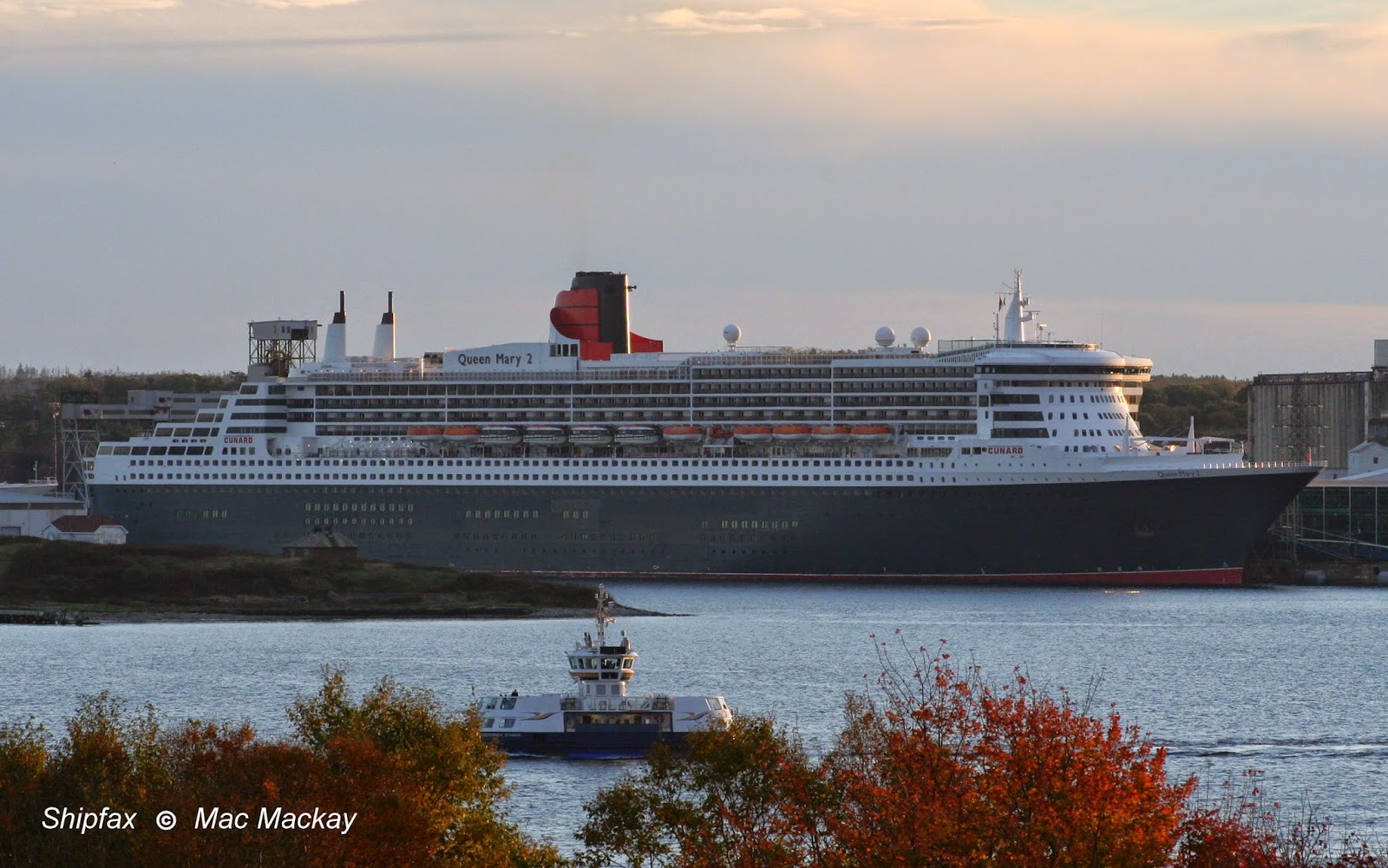 Even from the Dartmouth side of the harbour Queen Mary 2 dwarfs George's Island as the harbour ferry Christopher Stannix makes its way to Woodside.

It also tends to overshadow other cruise ships in the port, displacing them to the commercial piers. 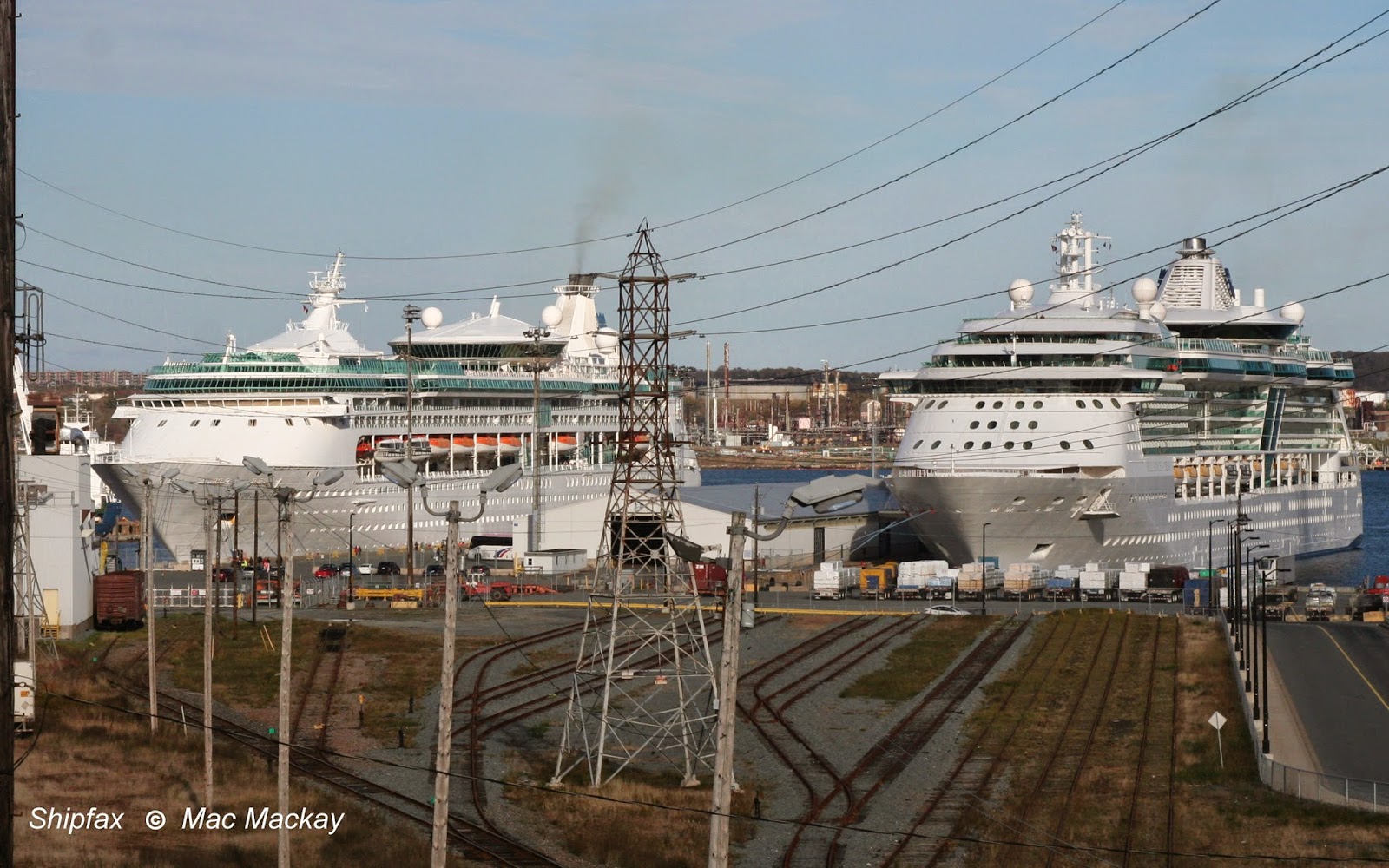 This is Queen Mary 2's third and final visit of the 2014 cruise season. Its next call is in Quebec City October 24.