All the action was at Halterm today. First ship in was the Maersk Penang berthing at pier 42 early and leaving mid-afternoon. The number of empty Maersk reefers containers on the dock is diminishing as the fall season for produce and fish draws to a close. 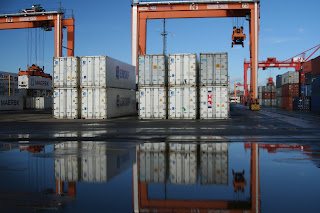 Late morning the arrival was CMA CGM Figaro, the most recent first time caller on the Columbus Lopp service of 17 ships.  Built in 2010 by Samsung Shipbuidling and Heavy Industroes of South Korea, it is typical of its class. At 99,931 grt, 109,000 dwt it is rated at 8465 TEU. 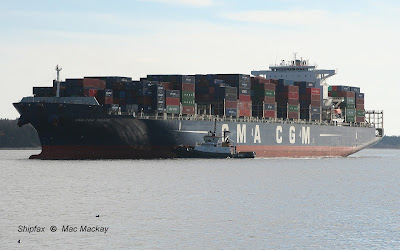 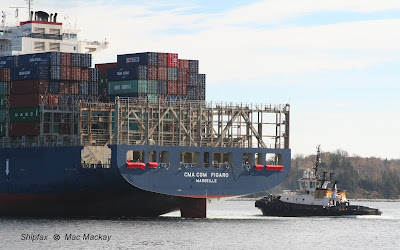 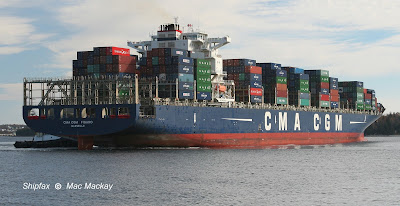 It flies the French flag, carries Marseille on the sternm but is in fact registered in one of the French ofhsore registries.It will sail after dark this evening. 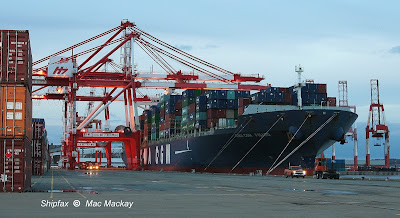 The late afternoon arrival was the perennial Fritz Reuter on its 15th voyage for Melfi Lines, en route Europe to Cuba and the Caribbean. 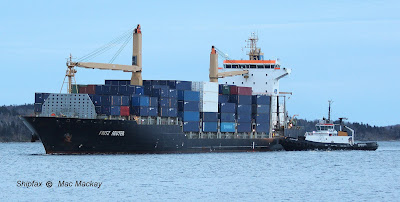 It has been pictured here before, but to recap, it was built as Maruba Zonda in 2006 by Guangzhou Wenchong Shipyard Co Ltd in China, and took its present name on delivery to Norddeutsche Rederei Schuldt of Hamburg. It measure 19,840 grt, 23,732 dwt with a container cpacity od 1732 (including 379 reefers) and carries two 45 tonne cranes.
Posted by Mac at 5:47 PM