The ones that got away

The mackeral fishermen have stopped fishing off the breakwater at Halterm, and the lobster season hasn't started yet, but there is a different kind of fishing going on. 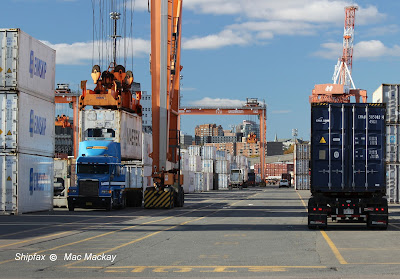 No end of boxes at Halterm.

Apparently two twenty foot boxes went overside from pier 41 likely from the ship Zim Vancouver, (the Zim Haifa is at pier 42). One box was recovered, half afloat, by Dominon Diving's Halmar and towed to Dartmouth Cove. Another box is apparently on the bottom, and will likely have to be recovered by crane barge and divers. 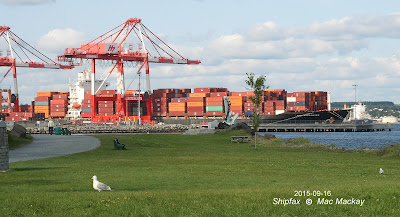 Zim Vancouver at pier 42 in September.