It was a day for white ships in Halifax.

When it was here last, I gave all the details and a little flashback to satellite tracking ships of the past.


This time I was able to see the ship from a different angle, and to spot the  Alouette III helicopter 242 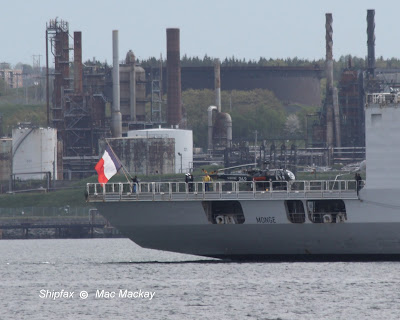 To add to the flashback from the previous post, here is the Soviet Akademik Sergei Korolev: 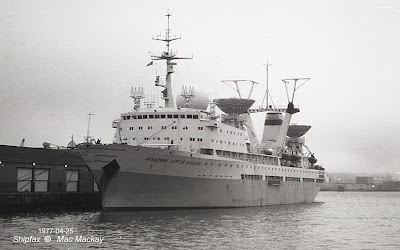 See the Wikipedia post on the ship's namesake: https://en.wikipedia.org/wiki/Sergei_Korolev

The arrival was Pacific Princess. It berthed bow north at pier 22, and on departure backed out into the number one anchorage and turned to sea. 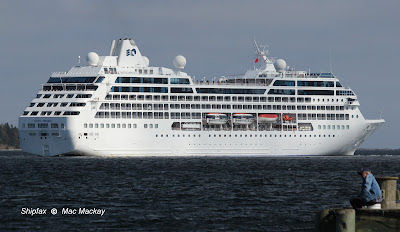 Built as R Three in 1999 by Chantiers de l'Atlantique in Saint-Nazaire for Renaissance Cruise Lines, it was acquired by Princess Cruise Lines Ltd in 2002 and renamed Pacific Princess. I measures 30,277 grt, and is a relatively small ships, with a passenger capacity of 688 (lower berths) or 826 (all berths) and a crew of only 373.Princess Cruise Lines however only markets for 680 passengers.
Its next port of call is to be Reykjavik.