New faces for Zim and the G6

A couple of new to us container ships arrived today: Mona Lisa is sailing for Zim and Nansen Strait for Hapag-Lloyd in the G6 Alliance. 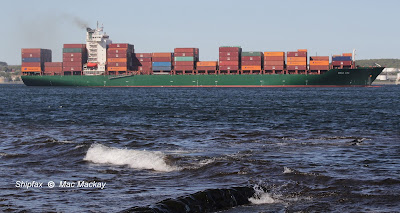 Mona Lisa has had a varied history initially with the William Schulte organization in 2006 when it was built by Shangai Chengxi as  Lisa Schulte. The same year it took up a charter as CSAV Panamby until 2011 when it became Lisa Schulte again. It was sold to Cyrus Seas Lines SA of Athens in 2013 and became Mona Lisa under the Liberian flag. 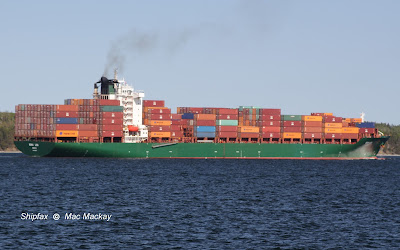 Nansen Strait is a much larger ship at 54,809 grt, 67,273 dwt, with a 5047 TEU capacity, including 550 reefers. It was built by Hyundai Heavy Industries in Ulsan in 2005 as P+O Nedlloyd Dover. The same year it became Maersk Durham until 2010, then renamed Cap Stephens, all the time under Claus-Peter Offen ownership. 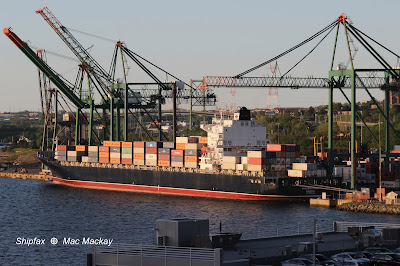 In 2012 it was renamed Santa Philippa and was acquired in 2014 by Norwegian investors Cleaves Securities AS of Oslo. They placed the ship under Carsten Rehder management. It acquired its present name in 2015.

Another arrival today was Tombarra, which docked intially at pier 31 to unload a number of farm tractors and other non-auto RoRo cargo. 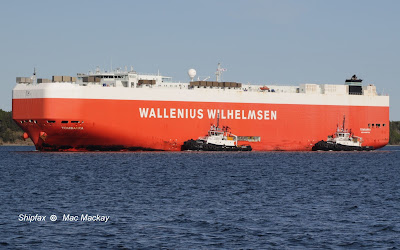 It will move over to Autoport later this evening.