The autumn of 1986 and winter of 1986-87 was a big year for Japanese tuna fishing. Late in September, the fleet of white longliners began to arrive in Halifax for stores. These sleek boats migrated around the world, from South Africa and South America to take tuna where they congregated.

More than 30 boats arrived in the initial wave and totaled up to 50 by year's end and mostly finished up in January of 1987.

Although of a similar type, there were distinct variations among the various boats. 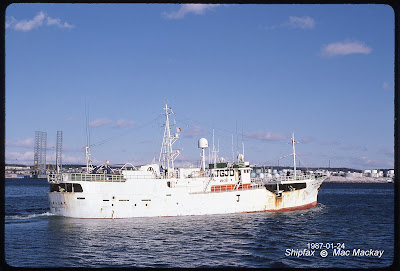 Shoshin Maru No.83 sails late in the season.

The newer boats had the wheelhouse raised a full level above the boat deck. 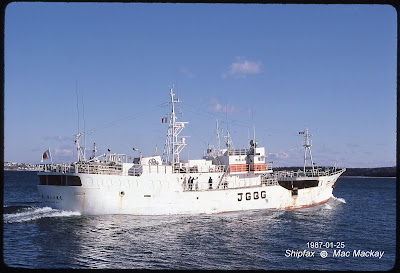 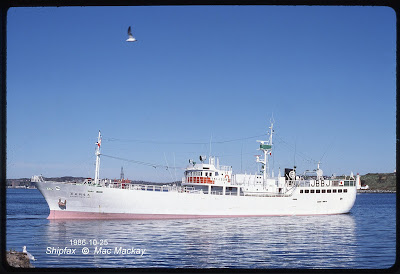 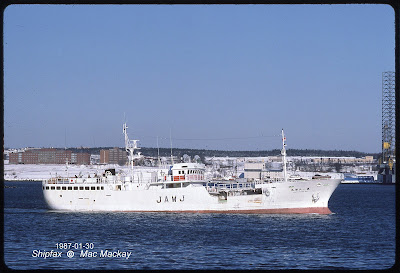 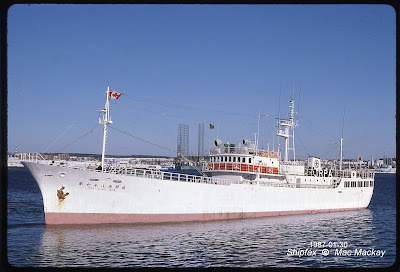 As we now know the Japanese decimated the tuna population and as they did so the number of boats diminished, and we rarely see them anymore. They require different licenses now, and are restricted to ports that they can use, so they can still be seen in St.John's and St-Pierre but not in such great numbers.