Another huge coming together of shipping lines has been announced. This one is more than just an alliance, it is an actual merger and represents the desperate times most container shipping companies face. Following the collapse of Hanjin Shipping and with the future far from certain for Hyundai Merchant Marine, the financial tsunami is rippling out from Korea and has now engulfed Japan.

The three major Japanese shipping lines, NYY Line, Mitsui OSK Line (MOL) and Kawasaki Kisen Kaisha (K-Line)  have decided to create a new company that will take over the container operations of all three of these important lines. The new entity will represent 7% of the world container trade and it will be the second largest Asian line after China COSCO (which was formed this year by the merger of COSCO and CSCL). 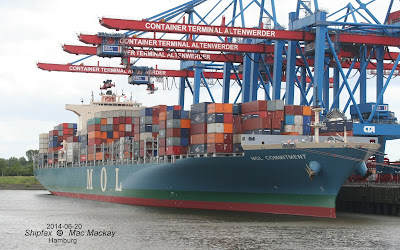 Following required regulatory approvals from the EU, the US, China, Japan and others, the new line will be formed July 1, 2017, but will not actually begin operations until April 2018.  There will be 256 vessels in the  fleet (based on current ships) under one management with all synergies and other spin offs that implies. 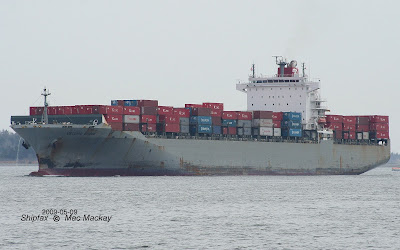 NYK will own 38%, MOL 31% and K-Line 31% of the as yet unnamed new corporation. It will be strictly containers, with bulkers, terminals and other shipping interests of the three not included. (All have significant auto carrier fleets too.)