Polar Prince, other royalty and...

To mark the 150th anniversary of Canadian Confederation, a 150 day Coast to Coast to Coast expedition, called Canada C3, will bring together scientists, educators, students and others to see and explore Canada as few others can, aboard the icebreaker Polar Prince. 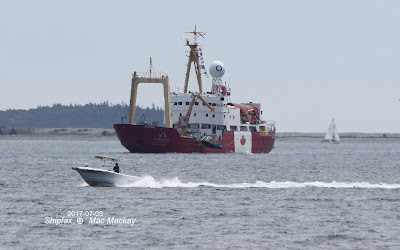 Polar Prince disembarks some RHIBS as it approaches the lower harbour.

Organized in 15 legs, the ship will sail from Toronto to Victoria via the Northwest Passage.
The expedition has its own web site at: https://canadac3.ca/en/homepage/

The ship Polar Prince is no stranger to Halifax and Nova Scotia since it has spent several winters in Lunenburg. However it does go back further than that.
Built in 1959 by Davie Shipbuilding Ltd, Lauzon, QC the ship was named Sir Humphrey Gilbert and was stationed in Newfoundland. 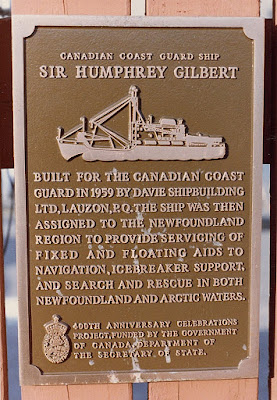 In 1983 it arrived in Halifax where it underwent a major reconstruction, that included a new icebreaking bow. The old bow was broken up in Dartmouth. 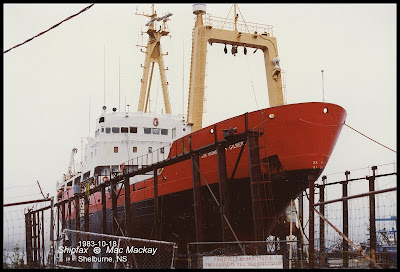 Its derrick system was also reconfigured. Changing from the traditional derrick mounted on the house, with control room under the bridge, it received a new goal post type structure mounted at the break of the forecastle with the derrick house on the forepeak. It retained its old mast, less the boom. The refit was completed in early 1985 and it returned to Newfoundland. It was back in Halifax again in 1996 for a refit.

It was decommissioned then in November 2001renamed 2001-06 . It was sold to Gilbert Enterprises of Clarenville, NL and renamed Gilbert I, then in July 2002 to Norcon Marine Services in Glovertown, NL and renamed Polar Prince. Since then it has been owned by Deep Ocean Research Ltd of St.John's and current owner GX Technology Canada Ltd of Calgary. During that time it has been Canada's only commercial icebreaker (there are several icebreaker class commercial cargo ships, and a number of government icebreakers) and was last in Halifax in 2010. 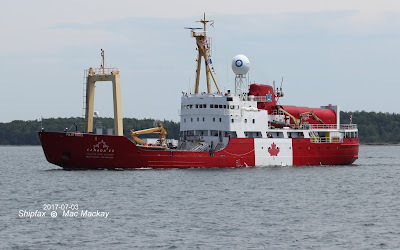 It received another major modernization in 2009. For the Canada C3 expedition, it has received a new paint scheme that includes the Canadian flag.

There was other royalty in port too, as Queen Mary 2 made another visit. 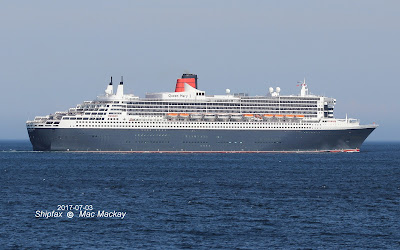 Trying to get a view of the ship from a different angle this time, I managed a "going away" shot from Herring Cove.

Yang Ming Line's YM Evolution is a regular now on the AL1 service of THE Alliance. HAPAG-Lloyd, a partner in the service seems to have no ships in this particular loop - it is all Yang Ming. 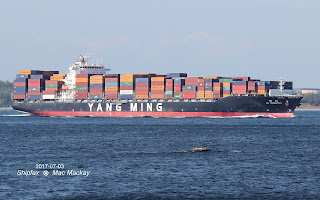 YM Evolution's bow dips slightly as she works into the swell off Herring Cove outbound for sea.

This morning's arrival for Tropical Shipping was AHS Hamburg, one of two ships to service the line from Halifax. By late morning however its name disappeared from the bow ... 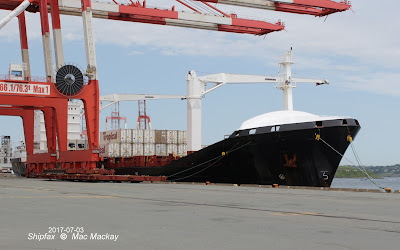 ... and this afternoon was replaced by the name Bomar Rebecca. 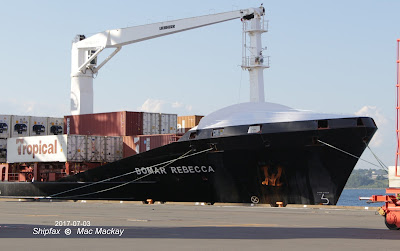 At the same time the ship's registry was changed from Antigua and Barbuda to Liberia. When it sailed it still had the Carsten Rehder funnel marking, but this seems likely to change at its next port of call, which is to be West Palm Beach. The new name suggests that the ship has been acquired by Boreal Maritime of London, and will  be under the management of Bernhard Schulte. It is too early to tell if the ship will remain on the Tropical Shipping run. 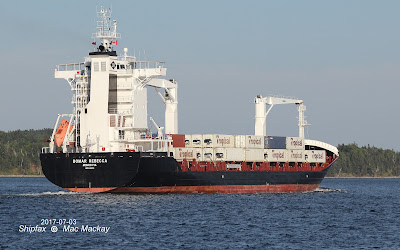