Watch for the Atlantic Pilotage Authority's new pilot boats. As mentioned in a previous post, crews are putting the boats through their paces before they go into service. 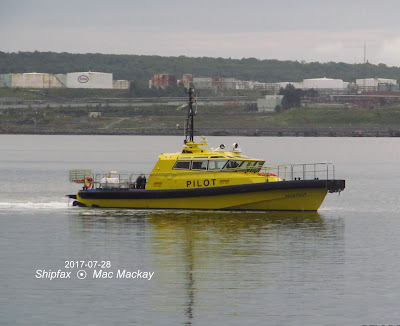 This morning the Nova Pilot was on trials at pier 23. Expect to see them accompanying ships out to the pilot station, but not actually boarding pilots. Nova Pilot and Scotia Pilot will replace the venerable A.P.A.No.1 in Halifax and be available to replace other boats as they go in for refits. 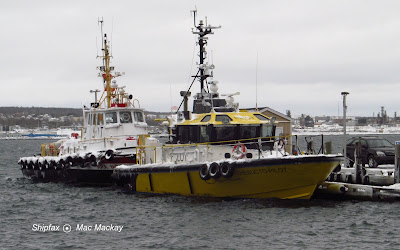