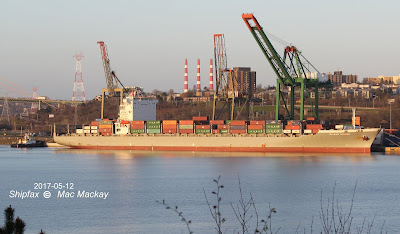 Bilbao Bridge at Fairview Cove for the AL6 service.

The ultra-competitive container shipping scene is about to change (again) for Halifax, with the announcement of another service cut. Despite gains and losses of lines, mergers and alliances, increased traffic flow has given the Port of Halifax a notable boost in the past two years. However in a sign of things to come, the recent announcement by ONE that it will cut Halifax out of its AL6 service must come as a major blow. 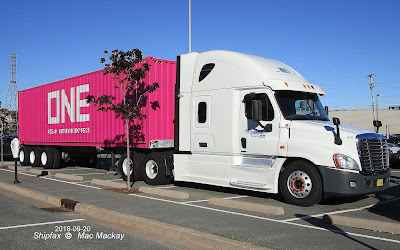 ONE was front and centre at the recent Port Days, with one of its bubble gum coloured containers parked at the entrance to the Cunard Centre venue at Pier 23.

It is especially stinging since ONE, the Ocean Network Express, operates the Fairview Cove container terminal through its ownership of Cerescorp.  In order to remain a player in the world, ONE was formed out of desperation by the three major Japanese container lines, NYK, MOL and K-Line. The last named owned Cerescorp which was folded into the ONE stable. K-Line also supplies the ships that serve the AL 6 weekly service. 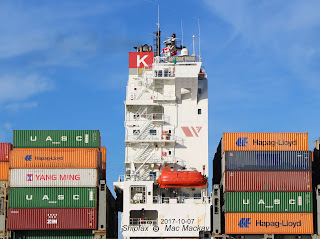 That will all end in December when the the AL6 partners, ONE, Hapag-Lloyd, Yang Ming and Zim concentrate on US ports and bring CMA CGM and COSCO (China Ocean) into the fold using larger ships, up from 4500 TEU to 8000 TEU. 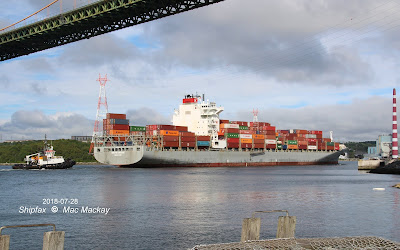 The current 4500 TEU ships such as Brevik Bridge can pass under harbour bridges with ease. The 8,000 TEU ships could make it too, but would need two escort tugs.

ZIM has traditionally not joined alliances, but has recently changed its policy and has teamed up with the 2M Alliance (Maersk and MSC) and with MSC alone to rationalize some Asia-US East Coast and India-Med routes. This has been the shakeup that most lines were looking for since it cuts competition and reduces the number of ships needed. Bigger ships are cheaper to operate, so all these alliance imply larger ships. 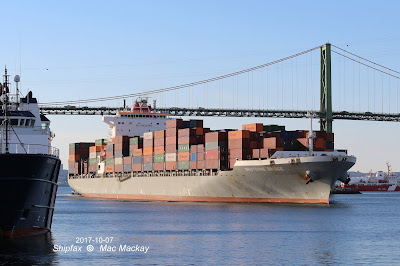 Brotonne Bridge is one of the five sister ships on the AL6 service.

In order to remain a world player, ONE is building new and bigger ships, but at the same time it is shedding overhead costs by returning charters, and cutting elsewhere. ONE's commitment to Fairview Cove is certainly brought into question with this recent cut. Lack of new equipment and berth space pressure must have been a factor in the AL6 cut. Seeing ships anchored waiting a berth is never good news in the container business. This does happen from time to time when ships have been delayed. 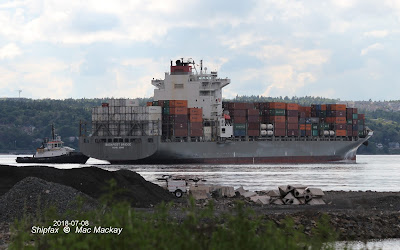 Lots of fill going in at Fairview Cove, but no expansion plans. Budapest Bridge well loaded.

The AL6 service was threatened before, when it announced in December 2017 that Halifax would be dropped, but they recanted in February of this year. The most recent announcement appears to be final however. 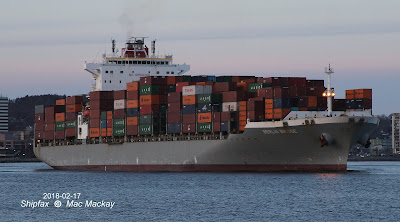