In a day long exercise that for the most part resembled watching paint dry, the future Harry DeWolf AOPS1 was floated free of the Boa Barge 37 and finally secured at pier 8 Halifax Shipyard.

It was a complex exercise, done with considerable precision and care and was apparently 100% successful. The operation began shortly after sunrise, when the harbour was socked in by fog. Tugs towed Boa Barge 37 from pier 6 Halifax Shipyard to an deep water anchorage in Bedford Basin off Rockingham. 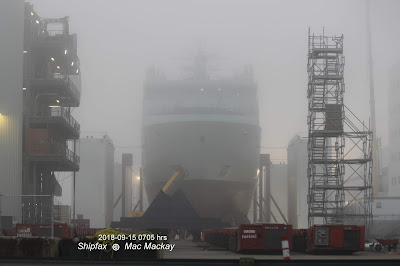 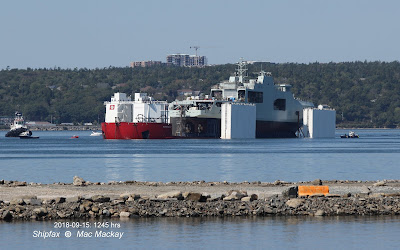 Once it was safely anchored the slow process of ballasting began, and it was after noon before the barge's deck was fully submerged. 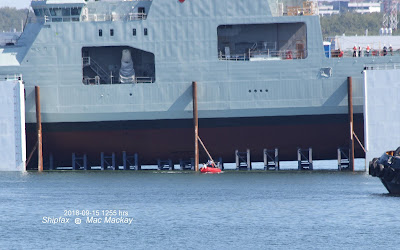 For a time the stern of the barge was considerably lower in the water than the bow. 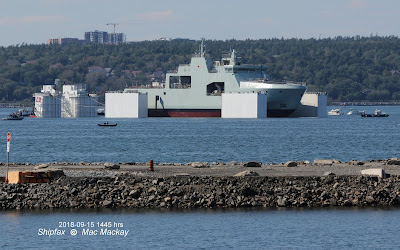 A flotilla of small craft including several from RMI Marine, and some other official looking vessels attended the operation. 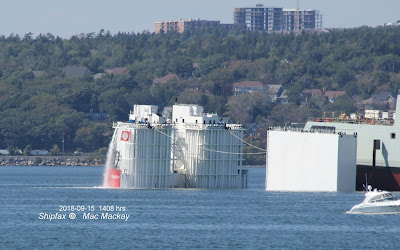 The trim was eventually corrected with some impressive pumping. 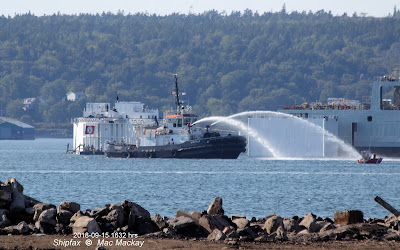 When the second and this tug arrived, it was not clear if Spitfire III was putting on a water display or cooling off a small Coast Guard boat.

By late afternoon, the ship's hull achieved buoyancy - granted with a slight starboard list- and the second and third tugs arrived for the actual float off, and the cold move back to the shipyard began. 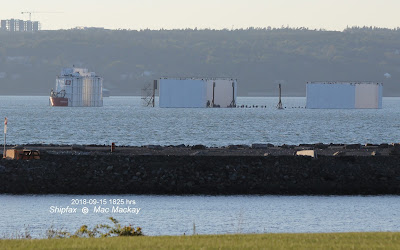 The ship was safely alongside pier 8 and the tugs stood down by 1830 hrs. 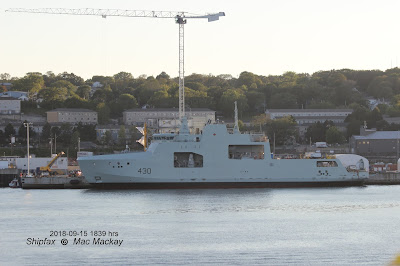