Flags of many nations - Part 2

More flags to be seen or implied from my second peak at the harbour today. With three cruise ships sailing at about the same time, just as the sun was sinking, it was a good time for a look see.

First off was Celebrity Summit, registered in Valetta, Malta. Built in 2001 as GTS Summit and renamed in 2008, the ship was here first in 2010, and has been here yearly ever since. 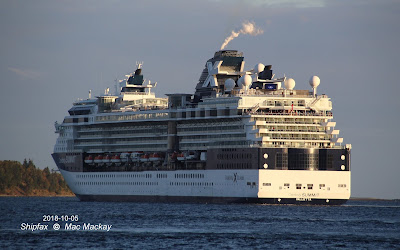 Heading out from pier 31 Celebrity Summit does a bit of "vaping" as it makes its turn to sea. 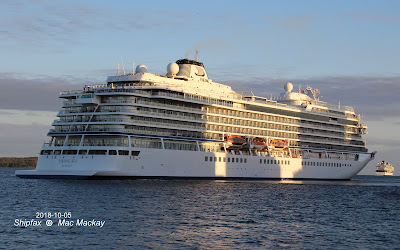 Following closely behind was the Norwegian Viking Sea. Long shadows from landside structures gave the ship a mottled appearance. 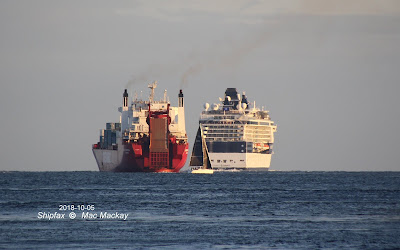 Nevertheless Oceanex Sanderling was able to fall in behind Celebrity Summit before Viking Sea came up, also allowing a sailer to scoot across the channel.

The prime attraction for waterfront gazers was the departure of Queen Mary 2 - a ship that draws crowds whenever it calls. 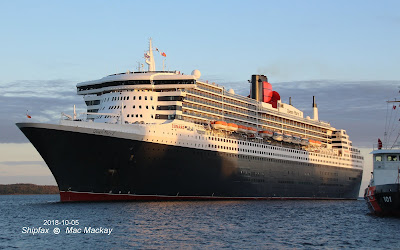 Barely off the dock, QM2 hugs the Halifax shore so as the make its turn around George's Island in one move. The ship doesn't make tight turns like the more agile cruise ships.


Queen Mary 2 was also flying a seldom seen flag these days. The Blue Ensign is flown by British ships that are in command of  a Royal Navy Reserve officer. Once more common, the Blue Ensign was a sign of prestige for the ship, and the shipping company. Aside from suspension of the privilege during war time,  it has been in use for centuries, and was of encouraging ship's officers to join the RNR. 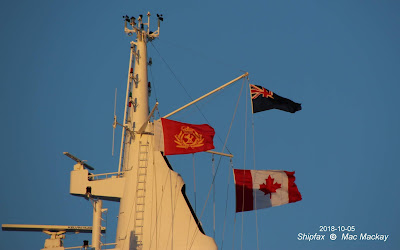 The ship was also flying the Cunard house flag with is crown and rampant lion, and the Canadian flag as a courtesy (although its proportions look a bit irregular).


Speaking of irregular, In addition to saluting the Viking Sea when it sailed, QM2 appeared to salute the Harbour Hopper 3 as they passed. A great whoop went up from passengers on the ship when HH3 began to flash its lights, and almost immediately QM2 sounded three deep blasts. Go figure. 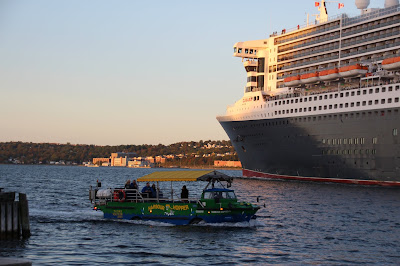