The United States Coast Guard cutter Katmai Bay got away this morning heading back to the Great Lakes. The veteran 140 foot class icebreaker has spent the last year off lakes undergoing a service life extension in Baltimore. 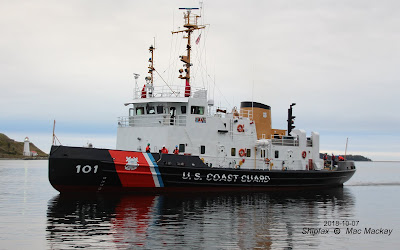 The USCG operates nine of these small vessels for use on the Great Lakes, the Hudson River and other east coast locations. They are powered by a pair of 1250 bhp Fairbanks Morse engines driving a single electric motor delivering 2500 shp to a single screw. They are also equipped with a bubbler system that creates a film of air around the hull to reduce ice adhesion. 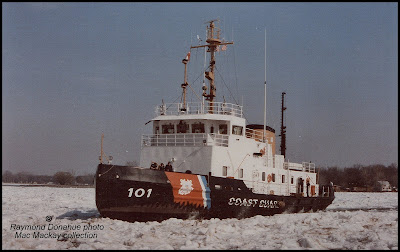 Built in 1979 by Tacoma Boat in Washington state, Katmai Bay is the lead ship of the class, bearing pennant WTGB-101, and is based in Sault Ste.Marie, Michigan. In April 2017 the boat left the Lakes for its refit. That work must have been extensive, since the boat looks almost new.


Several of this class of boat have stopped in Halifax over the years coming and going from the lakes.