Another Bridge for Toronto

Cherubini Metal Works, the Halifax based bridge and steel fabricators, have completed the third of four bridges to be installed in Toronto harbour. Cherubini assembled the bridges at their Eisner's Cove facility in Dartmouth where they can be loaded directly to a barge for waterborne delivery to Toronto. 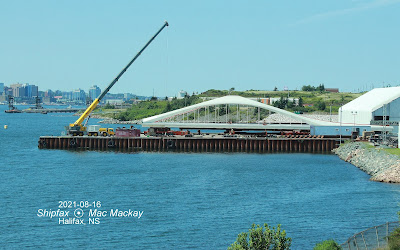 The latest bridge section has been rolled out on Cherubini's pier in Eisner's Cove.

Today saw the arrival of the tug Beverly M1 from McKeil Marine and the barge Glovertown Spirit which tied up at Cherubini's wharf ready to load. 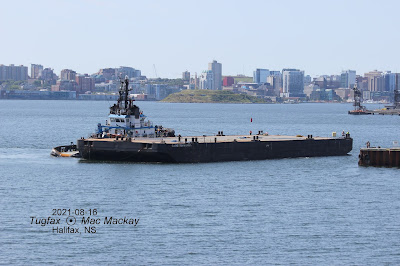 The barge Glovertown Spirit arrives with the tug Beverly M 1.

Loading will not take long, but the bridge must also be secured to the barge, so it may be three to four days before they are ready to sail. Shipfax will provide what coverage we can.