HMCS Toronto in the Basin

Reference has been made in the past to the Jonquière Bank anchorage in Bedford Basin, an area used by naval vessels for acoustical and other testing. See: Jonquière Bank

HMCS Toronto is the current occupant of the anchorage, using a spread of four or possibly five permanent mooring buoys to secure the ship in position. 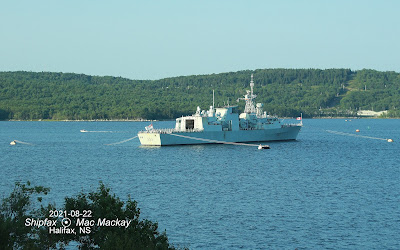 In compliance with current government policy the ship was flying its flags at half staff to commemorate the hundreds of children whose remains have been detected in unmarked graves at former residential school sites.

HMCS Toronto FFH 333 was the fourth ship in the Halifax patrol frigate program. It was launched December 18, 1990 and commissioned July 29, 1983. 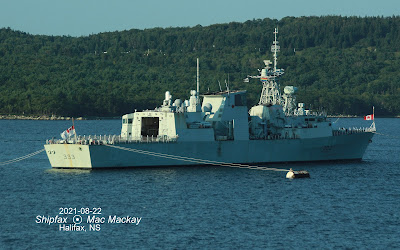