The first of two new container cranes was in use today for the first time working the after section of Zim Texas. The second crane burned out a motor during commissioning, but will be ready soon according to my sources. 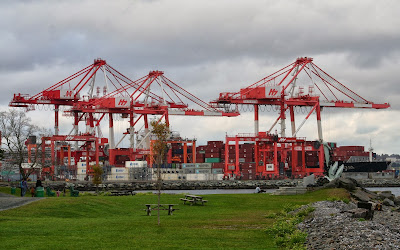 Max 3 (on the left),  as the new crane is called, is higher than its older cousins Max 1 and Max 2. It also appears to have greater outreach. Even with three large cranes working, the terminal is able to work ships much more quickly. Once Max 4, the other new crane, enters service ship turnarounds are expected to be very rapid with the possibility of 130 moves an hour.
The new cranes were delivered in late August and crews from Zhenhua Port Machinery Corp have remained here to bring the units into service.The new cranes, at $10mn a pop are 80m high with an outreach of 63m. 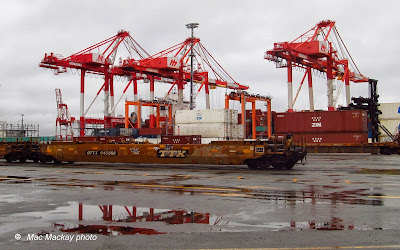