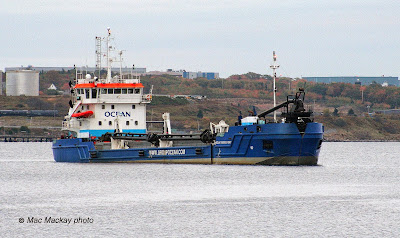 The dredge Océan Traverse Nord arrived last evening in a surprise (to me) visit to Halifax.This morning it moved from anchor to pier 27.

Built by Industrie Océan Inc at Ile-aux-Coudres in 2012, the ship is a split hopper trailing suction dredge.  It has a 500mm suction pipe and can dredge 5500 cubic meters per hour. It can unload by a bow mounted discharge to a pipeline or by "rainbowing" or can unload by dumping. To dump, the hull is hinged along the centre line and opens to allow the spoil to drop out the bottom. A system of rollers and hydraulics keeps the superstructure level when the hull splits.


The dredge was built for along term contract to maintain the North Traverse and other channels on the St.Lawrence River. After entering service in the summer of 2012 it has also worked in the Magdalen Islands and on Lake Erie. It laid up last winter at Mulgrave, but it appears that it may have some work lined up for this fall and winter. 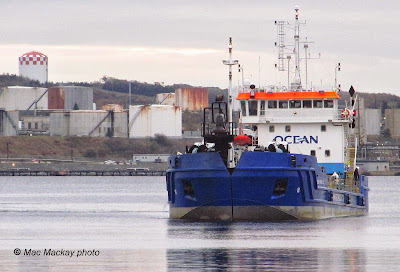 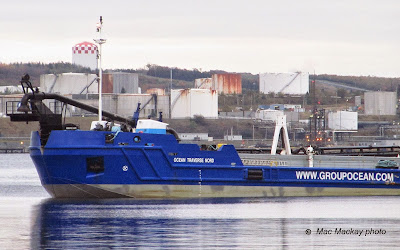 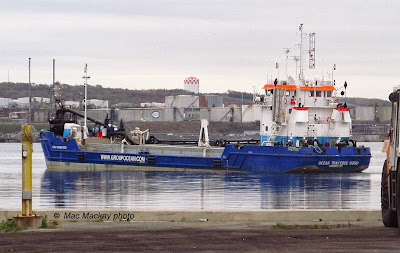