Today's anniversary of the Halifax Explosion of 1917 brought many people out to special  memorial services. 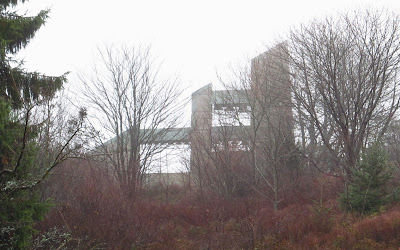 1. The memorial bells on Fort Needham, above the Narrows, sounded at 9:05 am - the time of the explosion. 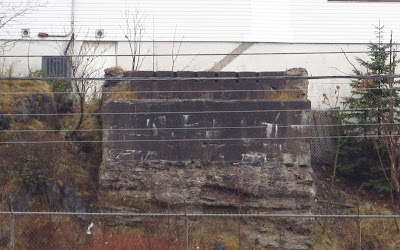 2. Few physical reminders of the explosion remain in the area where it occurred. This abutment is all that remains of a bridge that crossed the rail tracks from Barrington Street to pier 9. The bridge itself was obliterated, along with all other buildings in the area.

3. The "Ground Zero" shoreline, on the right is now buried by Halifax Shipyard's expansion to pier 6.  Fort Needham is the hill on the right skyline. 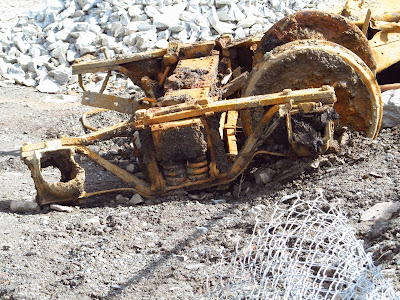 4. Numerous explosion artefacts were dredged up during the construction, and have now been removed from the site.

5. Others will likely remain be buried for posterity.