HS BEETHOVEN
There is really nothing new to report about HS Beethoven, except to say that repairs are still ongoing. On Tuesday December 10 the ship was moved from the Cerescorp container terminal at Fairview Cove to the Halterm container terminal. The move was necessary because Fairview had to work two ships and there was no room for HS Beethoven. 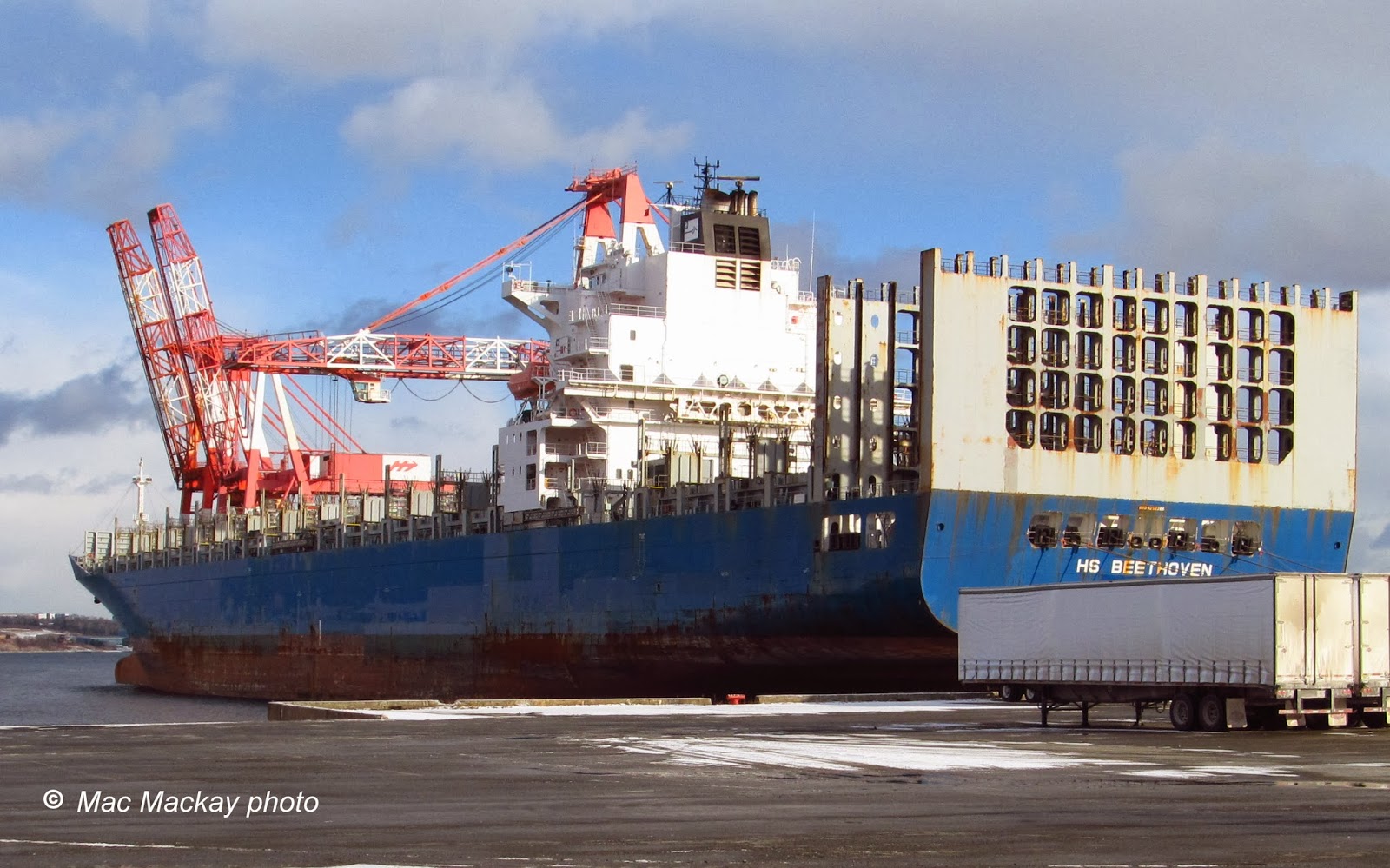 The ship is now at pier 36 where one of Halterm's cranes is being used to lift materials and equipment off and on the ship. I can see vacuum pumping trucks and waste oil trucks on the pier, so they may still  be carrying out cleaning operations. Certainly all traces of  oil would have to be removed before any hot work could begin.
It does not look like the ship will be returning to service any time soon, but since all work is invisible to the innocent bystander (myself) I will just have to wait.

OCEANEX CONNAIGRA
Meanwhile Oceanex Connaigra sailed from Halifax at 0100 hrs Sunday December 8 and arrived in Boston Monday morning December 9. The ship was docked immediately and presumably work started soon after.
On checking the Oceanex schedule as I write this, her first sailing is shown as January 17 from Montreal.
Cabot's last sailing is January 17 from St.John's.
Since most cargo on the route is eastbound, it is not surprising that Oceanex Connaigra will probably sail directly form Boston to Montreal on completion of repairs, then make her first trip of the year to St.John's.