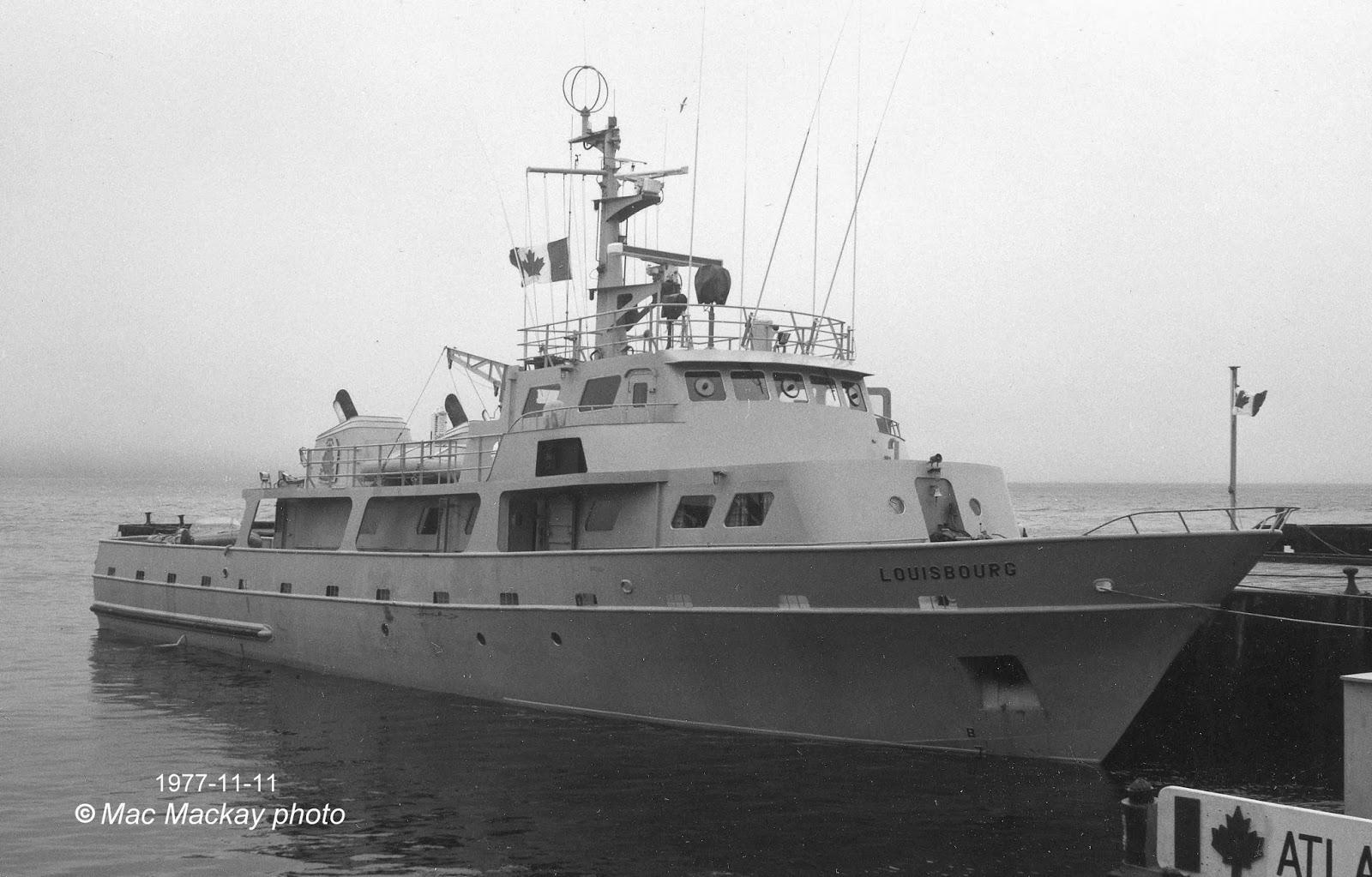 Built in 1977 by the long defunct Breton Marine at Point Tupper, NS, the aluminum hulled craft wasdesigned for coastal fisheries patrols and was based at Queen's Wharf in Halifax in its early years. 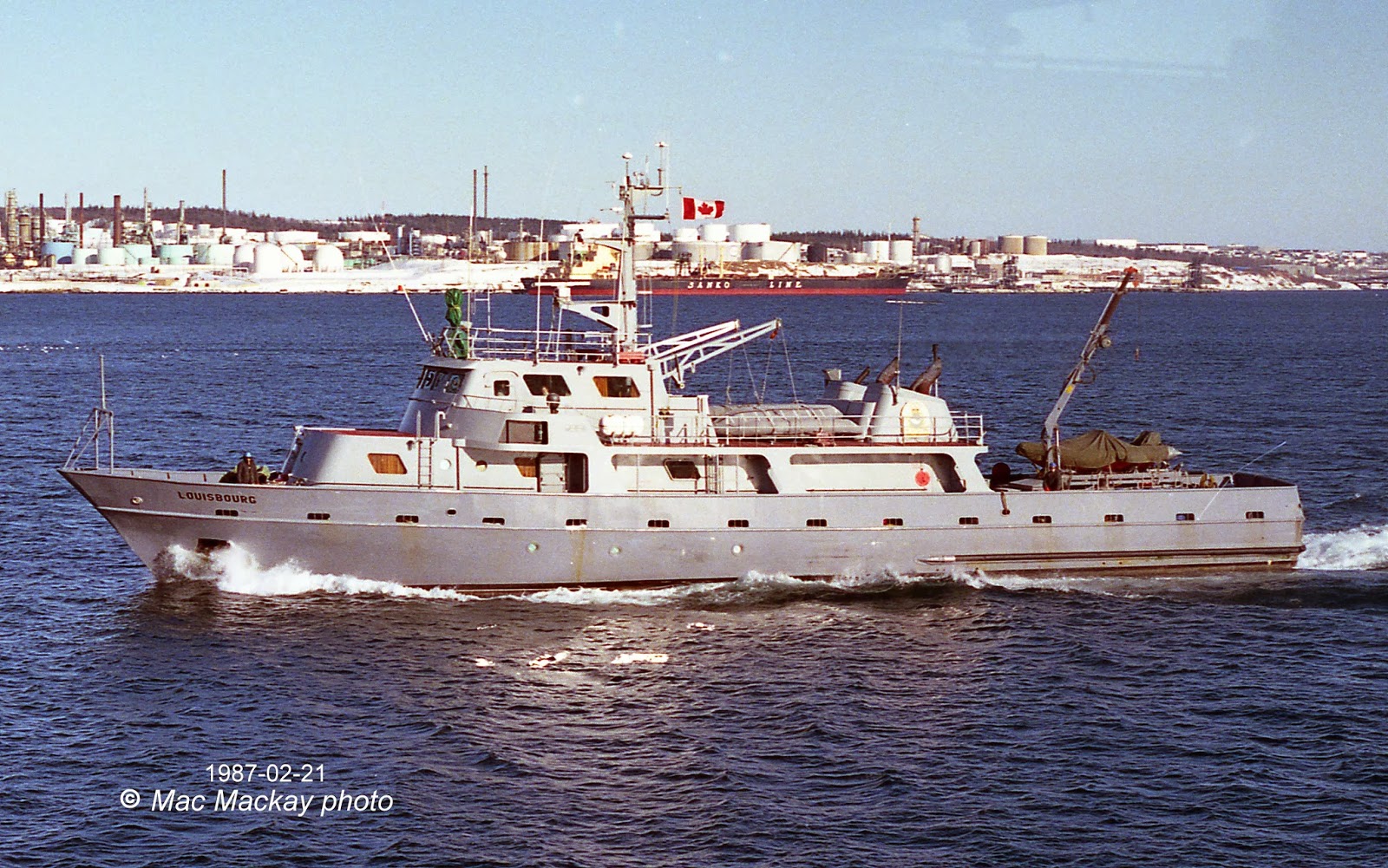 The boat had a range of over 3000 n.mi. and could remain at sea for more than two weeks at at a time. With the advent of the 200 mile limit it was found to be too slow (10 knots cruising speed, 13.5 knots maximum) and too light for year-round offshore work and was transferred to the Gulf of St.Lawrence, where it seems to have performed well as a mid-shore patrol boat on a seasonal basis. 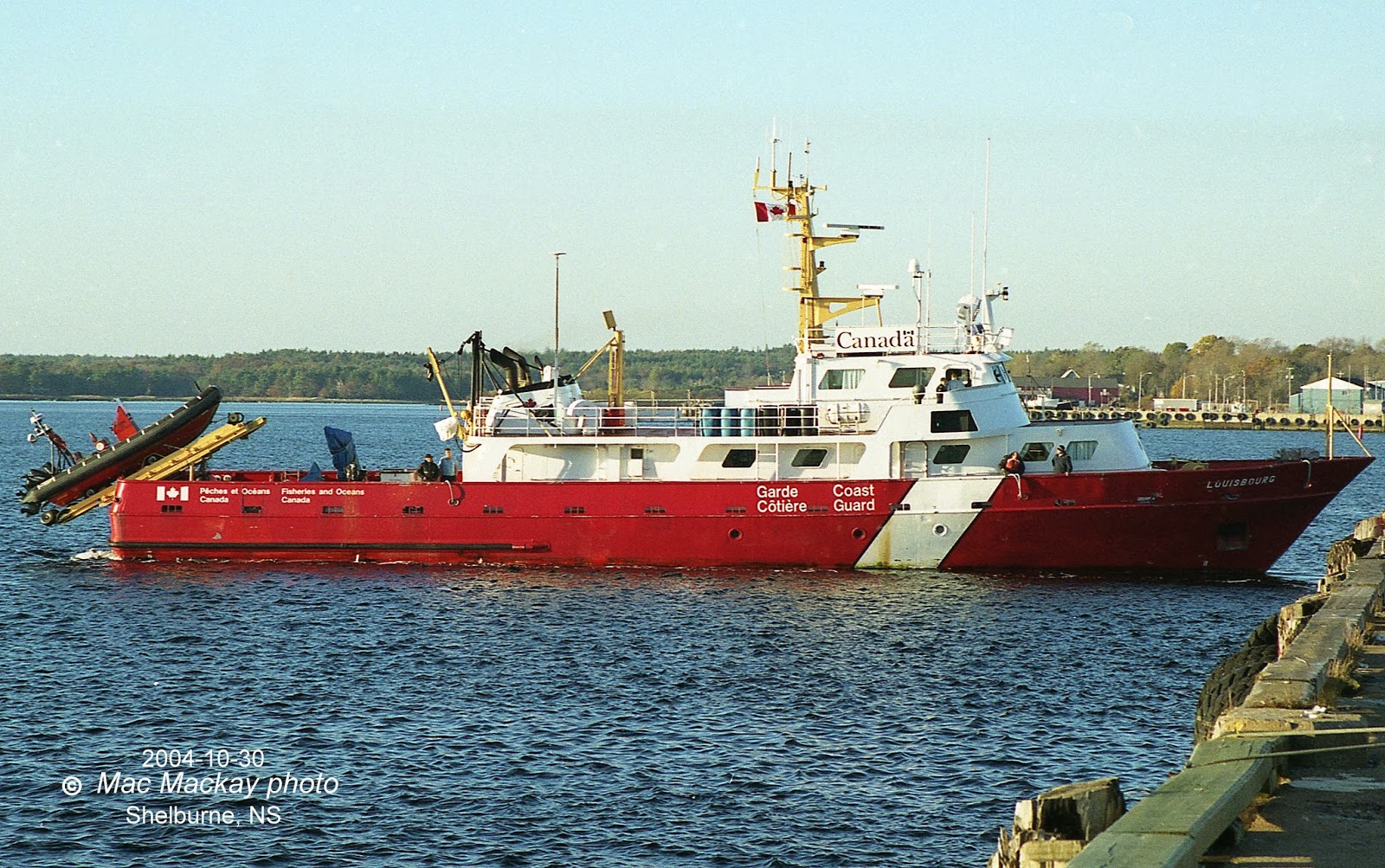 When the Department of Fisheries fleet was merged with the Department of Transport's Coast Guard fleet to become the Department of Fisheries + Oceans, Louisbourg lost its "stealth" grey colour and was painted red. Its fast rescue craft.was fitted with an underway launching system, to improve search and rescue capabilities.It also lost its distinctive davits, mounted aft of the wheelhouse, and at least from the evidence of the photo above its rescue rafts were replaced with lube oil barrels....maybe they had better flotation. 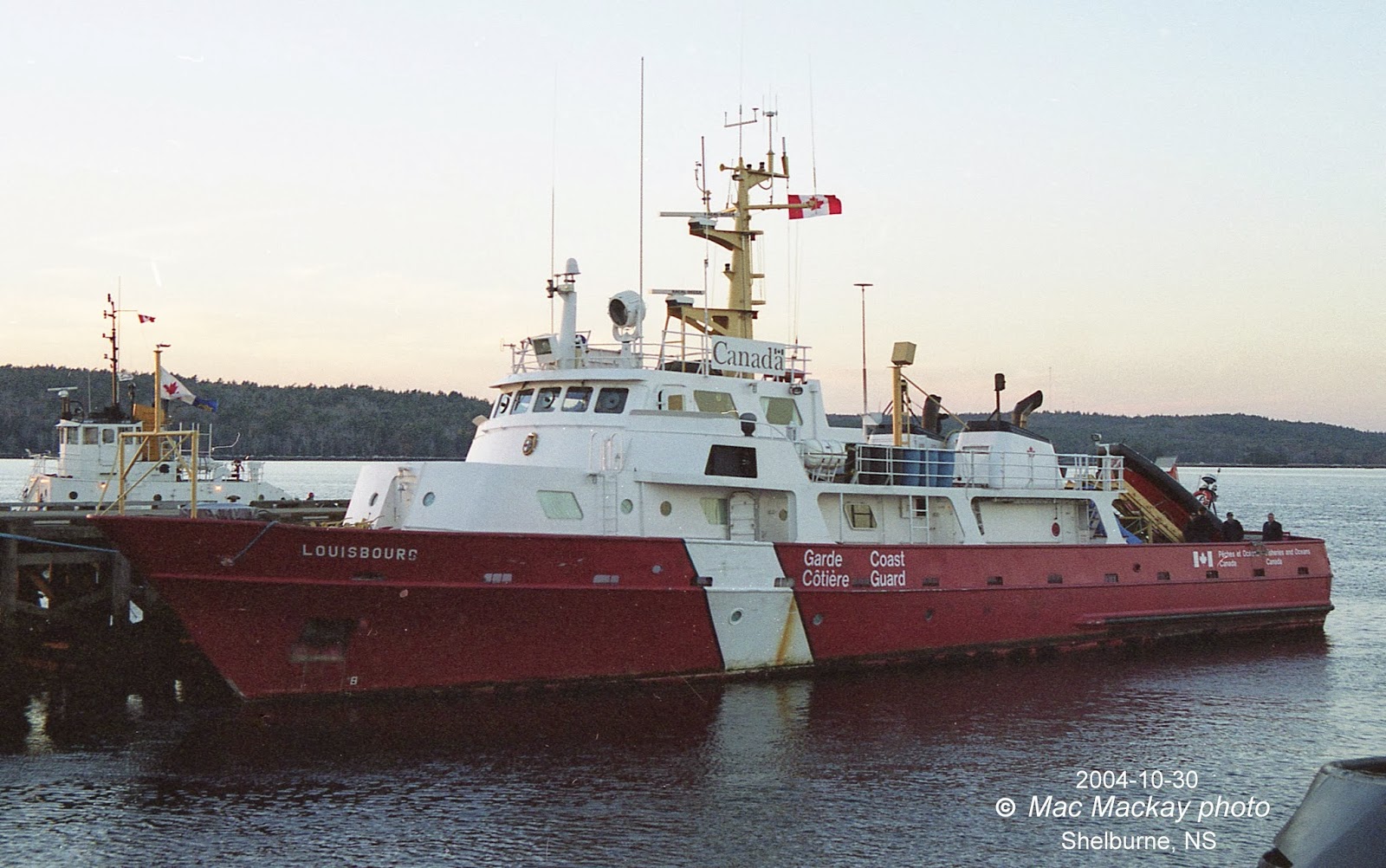 With the recent dismal record of sales of surplus government craft (E.P.LeQuebecois failed to sell after four tries) the January 27 closing date for bids may not be the last we hear of this attractive boat.