The small cargo ship Anne arrived for Halterm this morning. It was dwarfed by the tug Atlantic Larch which was called in to turn the ship so that its cranes would be on the offshore side.

Once alongside, the tug assisted the ship in turning. 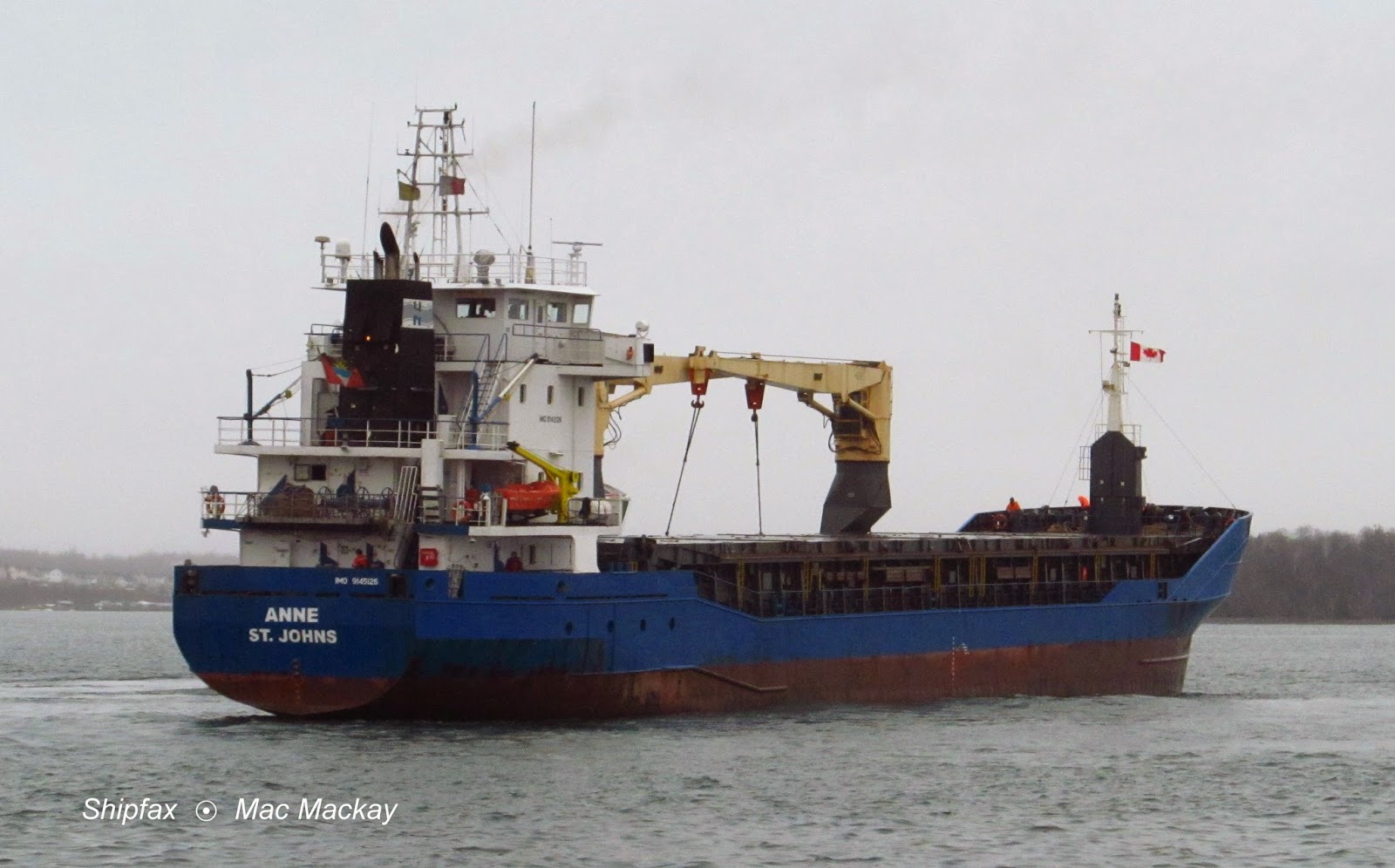 Built in 1997 by the Slovenske Lodenice Shipyard in Komarno, Slovakia, Anne measures only 2528 grt /3526 dwt. It is a multi-purpose tween-decker, with two 35 tonne cranes that can work combined. It has carried six different names in its career, and is now owned by Held Reederei of Haren Ems, Germany. Management is entrusted to Marship Ship Management, which manages the Held and Broese fleets and ships from other small owners.

Local agent for the ship is Protos Shipping, but I believe the ship may be loading for St-Pierre et Miquelon. Repairs are still ongoing on the regular SPM ship Fusion, with an expert team from Germany in Halifax working on the ship's engine.