A Halifax built trawler, which dates back to 1966 sank alongside the town wharf in Bridgewater last night and has the citizens up in arms due to a spreading slick. The wharf has long been a resting place for out of work and abandoned ships, and has been a cause for annoyance due to the unsightliness of the old craft. 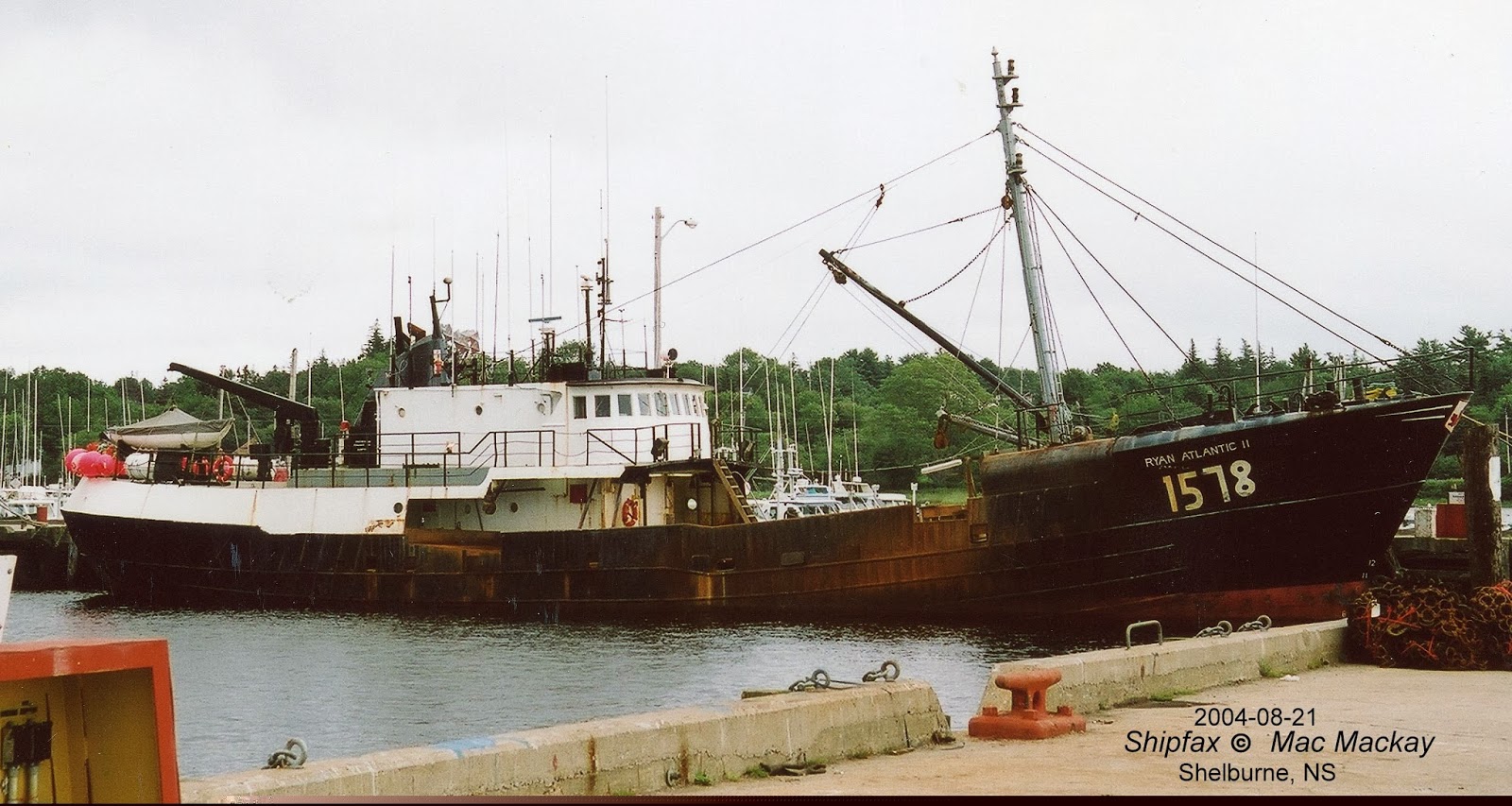 Launched December 3, 1966 by Halifax Shipyards, when it was still part of the Dominion Steel + Coal Co, the boat was originally named Cape Rouge. It was completed in 1967 for National Sea Products Ltd, and was among the last of the old style side trawlers built for the company. They were already building stern trawlers, but this boat and its sister Cape Keltic were considered throw backs at the time. However some of Natsea's plants were only set up for side trawlers and crews were accustomed to them.
In 1970 there was a serious fire aboard Cape Rouge while in Sydney, NS, but it was rebuilt, and I believe it fished primarily out of Louisbourg in its later years.
When National Sea Products sold off its fleet, Cape Rouge was renamed Ryan Atlantic II for new owners Clearwater. It was laid up in Shelburne for a time, and was sold to a private buyer in Halifax and moved to Bridgewater.
I expected that the trawler would be scrapped following this last sale, but apparently the owner hadn't got around to that yet, and so it sat until the other day. Obviously a hull fitting failed either due to corrosion or freezing and the ship has sunk by the stern at the dock.
It should be possible to refloat it, but it remains to be seen what will happen to it then.