The gypsum carrier Pioneer is stuck in Halifax with propulsion problems. It was due to sail from National Gypsum after bunkering on March 11, but remained alongside. Once CSL Metis sailed this morning, pier 25-26 became available for the ship to layby during repairs. It is now much more accessible than it would be at the National Gypsum pier.
By the time Pioneer moved it was ballasted down by the bow to allow work on the stern, and it was  moved as a "dead ship" [ really a cold move, since it had a crew on board, but no use of its engine].

It is not unusual to see ships ballasted down by the bow for rudder or prop work, but usually they are safely tethered alongside. It is very odd to see a ship in such trim moving through the harbor.

To add to the interest is the unique stern arrangement of Pioneer . It is fitted with a controllable pitch prop, and twin rudders installed originally to make it more maneuverable in the St.Lawrence Seaway locks.

As I save posted before, the ship was built as Canadian Pioneer in 1981, but in 1988 it was flagged out to Vanuatu and renamed Pioneer. It and has been in ocean trades ever since, except for a trip up the Sea/way with coke from Baltimore to Port Colborne in 2002.
Ownership has evolved over the years from Upper Lakes Shipping through the purchase of its Marbulk subsidiary by CSL50% Algoma 50%, then to 100% Algoma. It continues to work in the CSL Americas pool of self-unloaders and is a frequent visitor in Halifax for gypsum, running up and down the eastern seaboard and Caribbean. 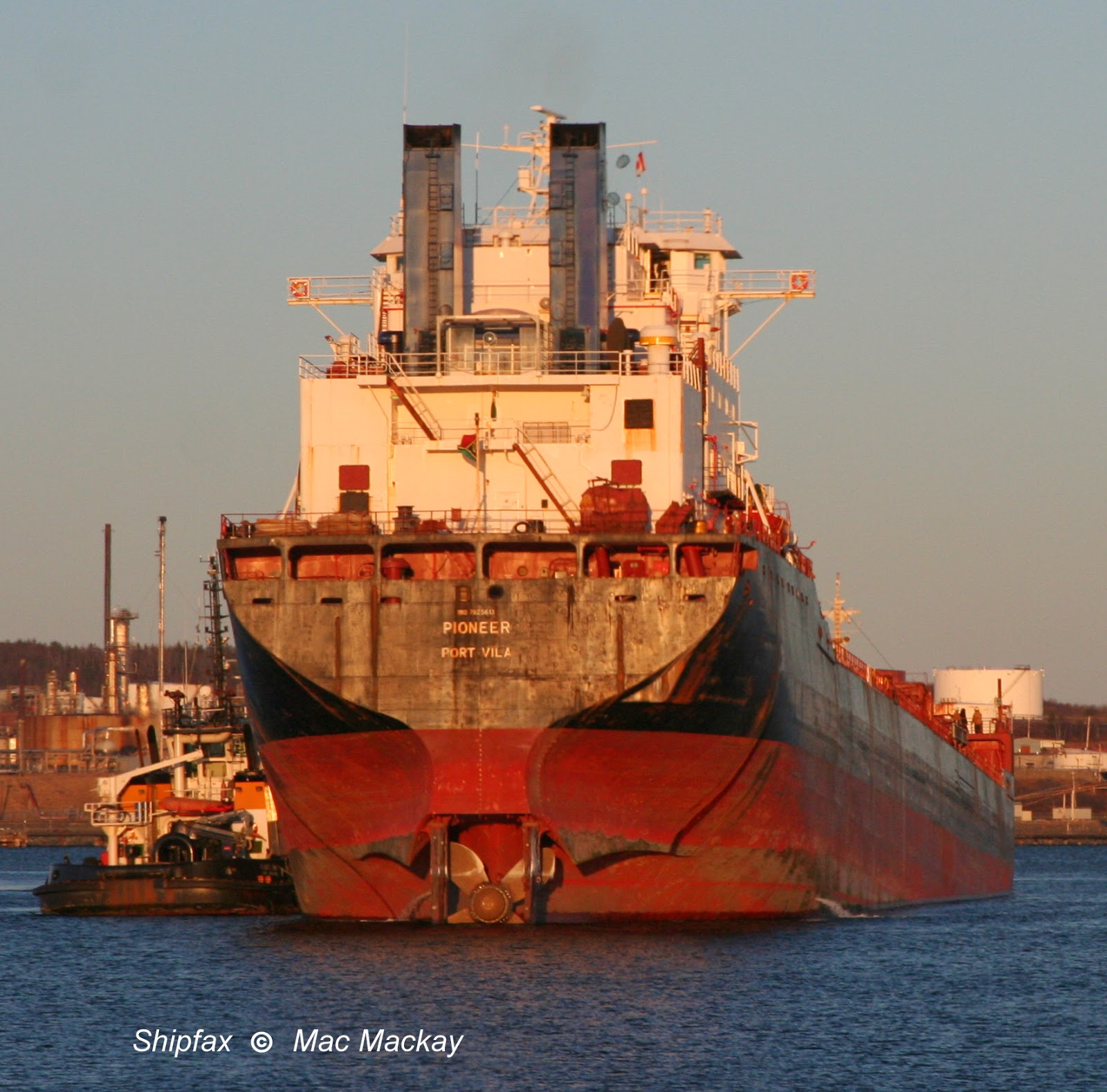 Update#1: March 15
On Saturday morning workers were placing absorbants around the stern of the ship.


In close up it was apparent that all the controllable pitch prop blades had shiny new bolts, recently installed. There was still some frozen spray around one of the rudders and some of the prop blades. 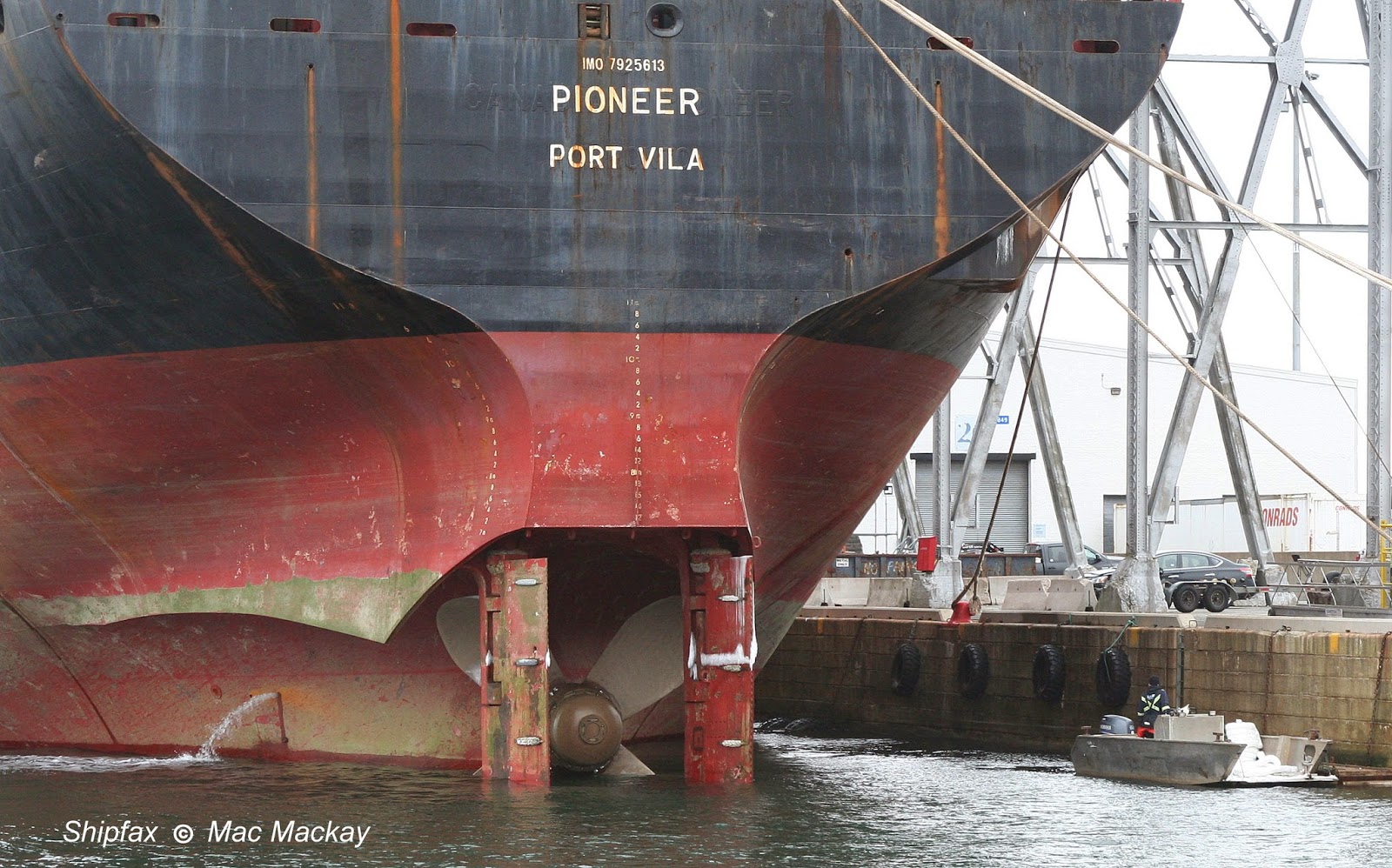 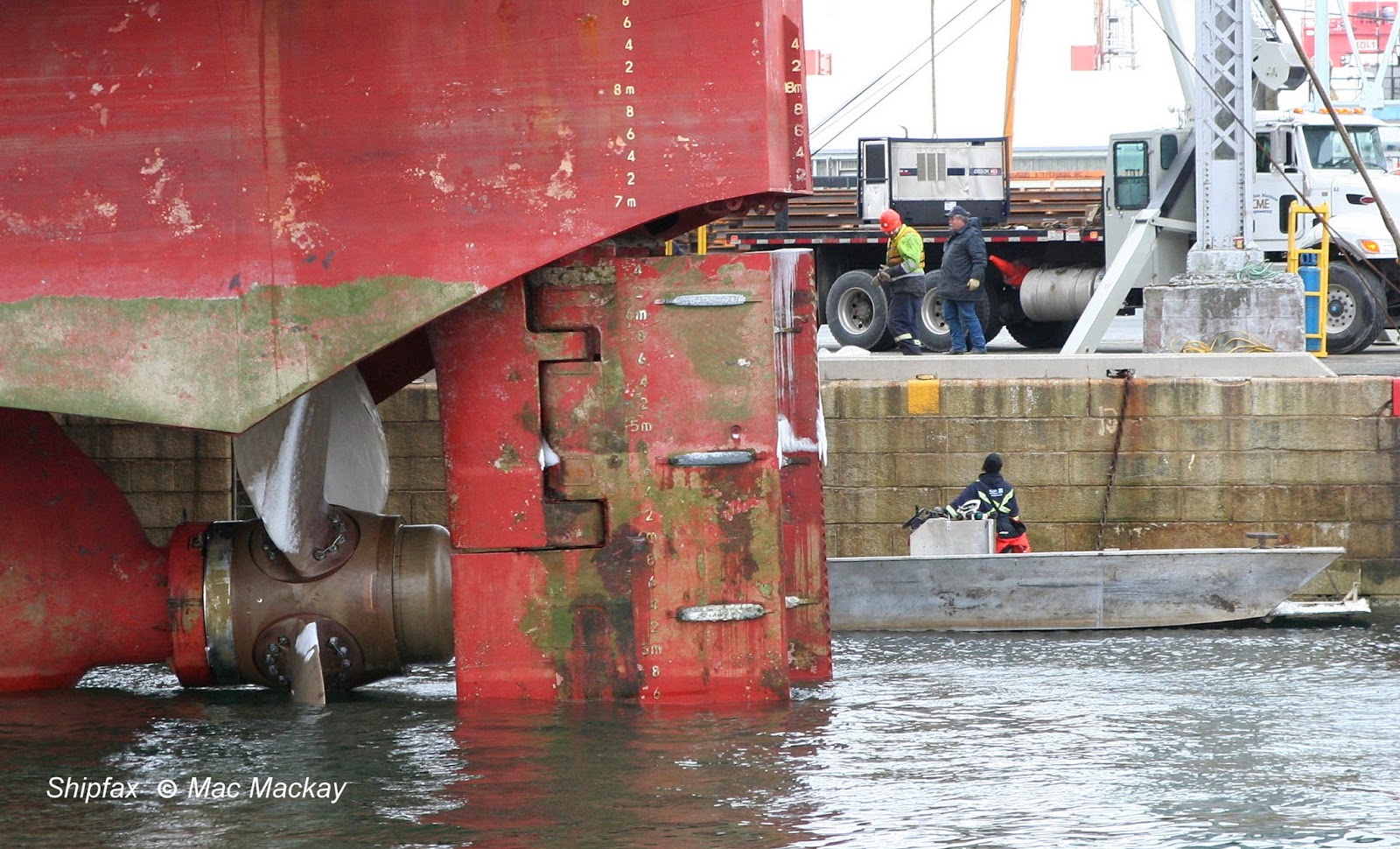 Update#2: March 15
﻿
By early afternoon, workers had rigged a companionway and work float under the stern and place a containment boom around the area, despite driving rain. 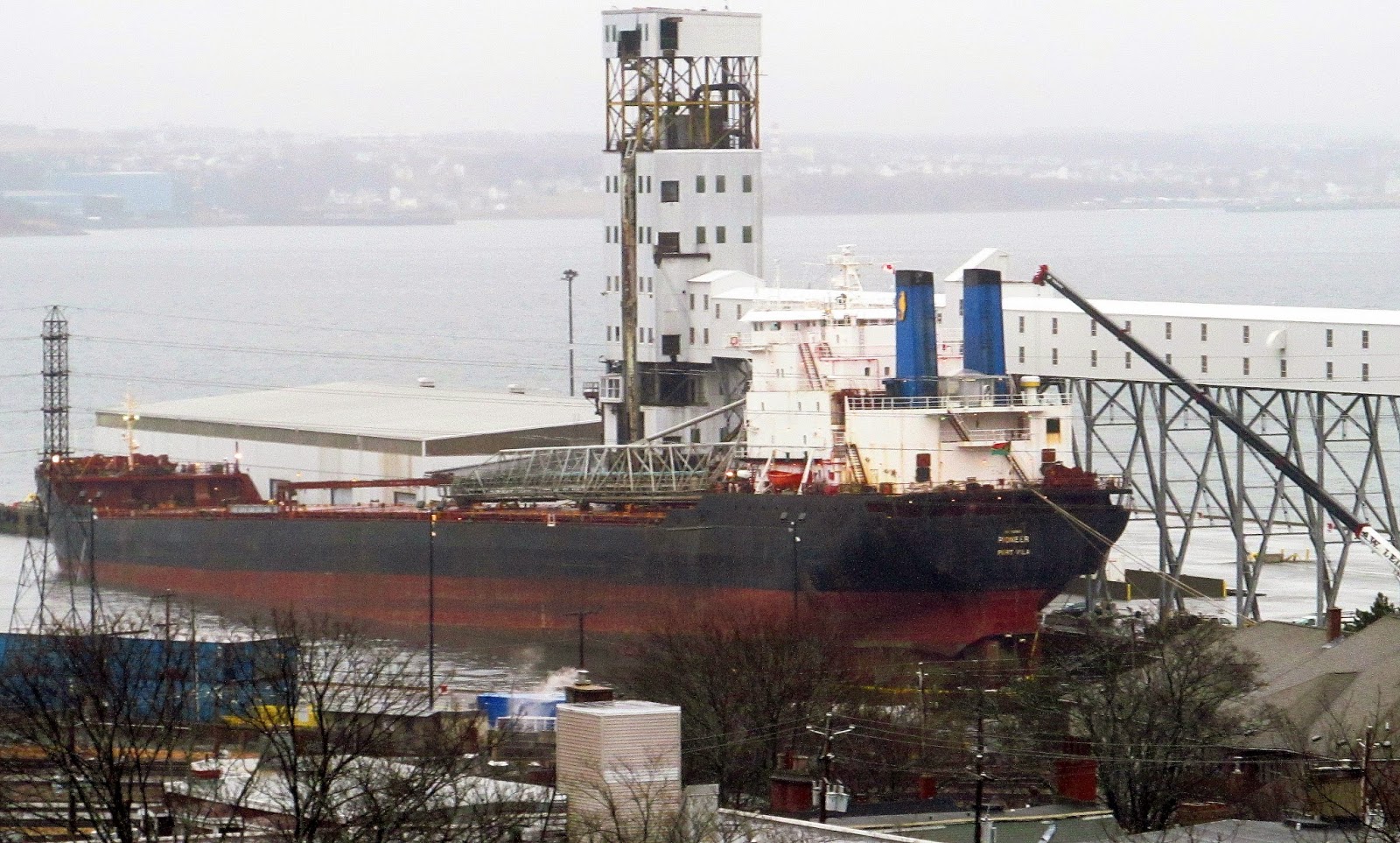 Later in the afternoon a crane, with a very long boom was brought to the site.
﻿