It's become a common sight to see tow Dutch ship tied up at adjacent berths in Halifax. The Dutch have long specialized in their shipping, but in this case it is tow general cargo ships, but with very different cargoes.
Arriving March 5 for Nirint Lines, Hollandia is unloading her usual cargo of nickel concentrate from Cuba. a cargo of what appears to be rubber and cores for tire manufacturing. It is also carrying containers, some of which had to be landed to aceess the cargo hatches.
This time the ships is at pier 27 due to demand for pier 31 tomorrow. Hollandia, registered in Rotterdam is the former Nirint Hollandia. Renamed in 20912, the ship still sails for Nirint, but is independently owned and managed by Wagenborg Shipping. The ship was built by the prolific Damen organization at their Hoogezand shipyard, and measures 8,999 grt and 12,000 dwt.
. 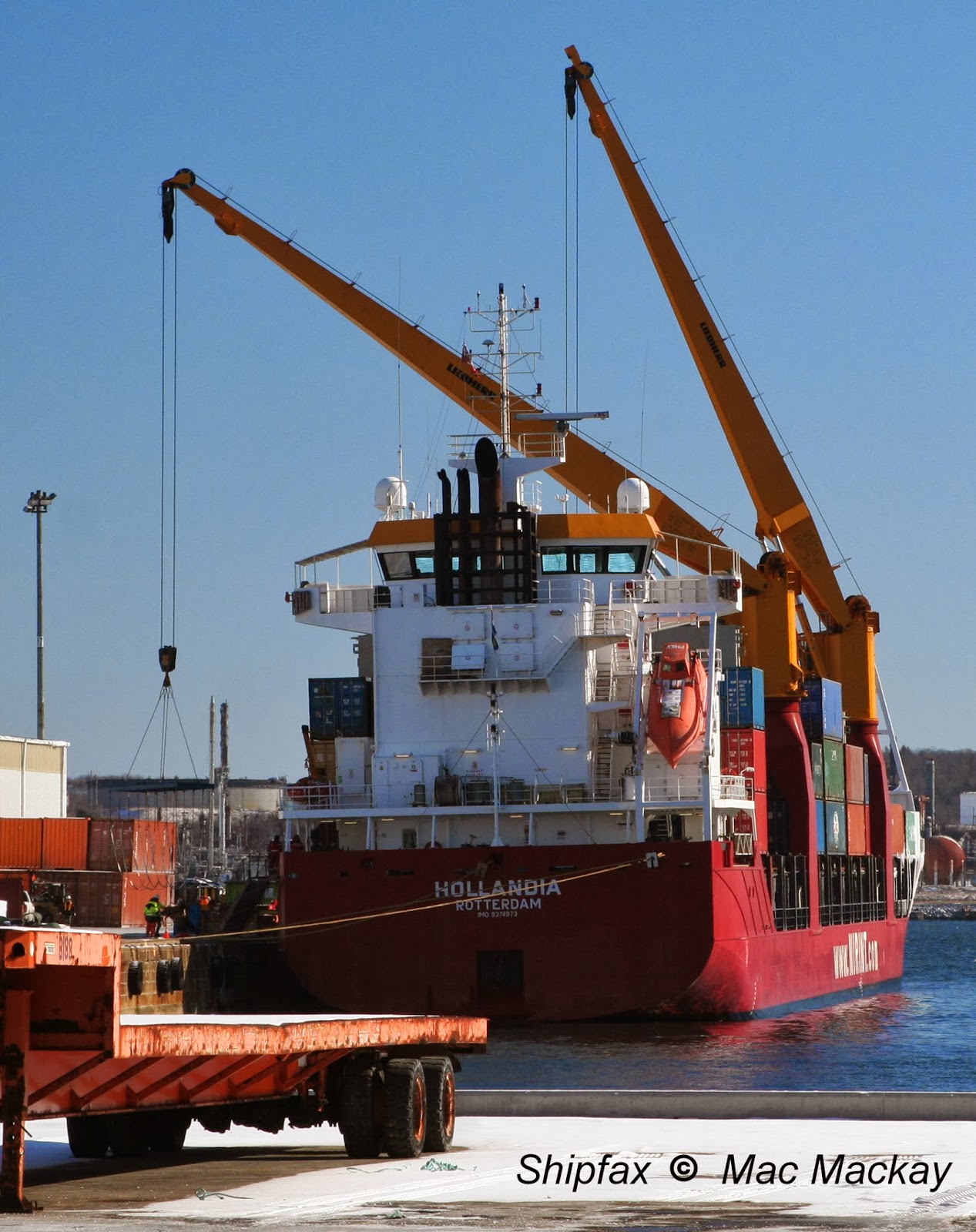 Hollandia at pier 327 instead of the usual pier 31.
By coincidence it is another Wagenborg ship that arrived at the next pier. Asiaborg was built by Hudong Zhonghua Shipbuilding Group in Shangai in 2007. At 11,864 grt, 17,300 dwt it is among the larger ships in the 180 strong Wagenborg fleet. As with many Dutch ships it is multi-purpose and can carry almost any non-liquid cargo imaginable, including heavy lifts,. It is fitted with three cranes all mounted on the port side. 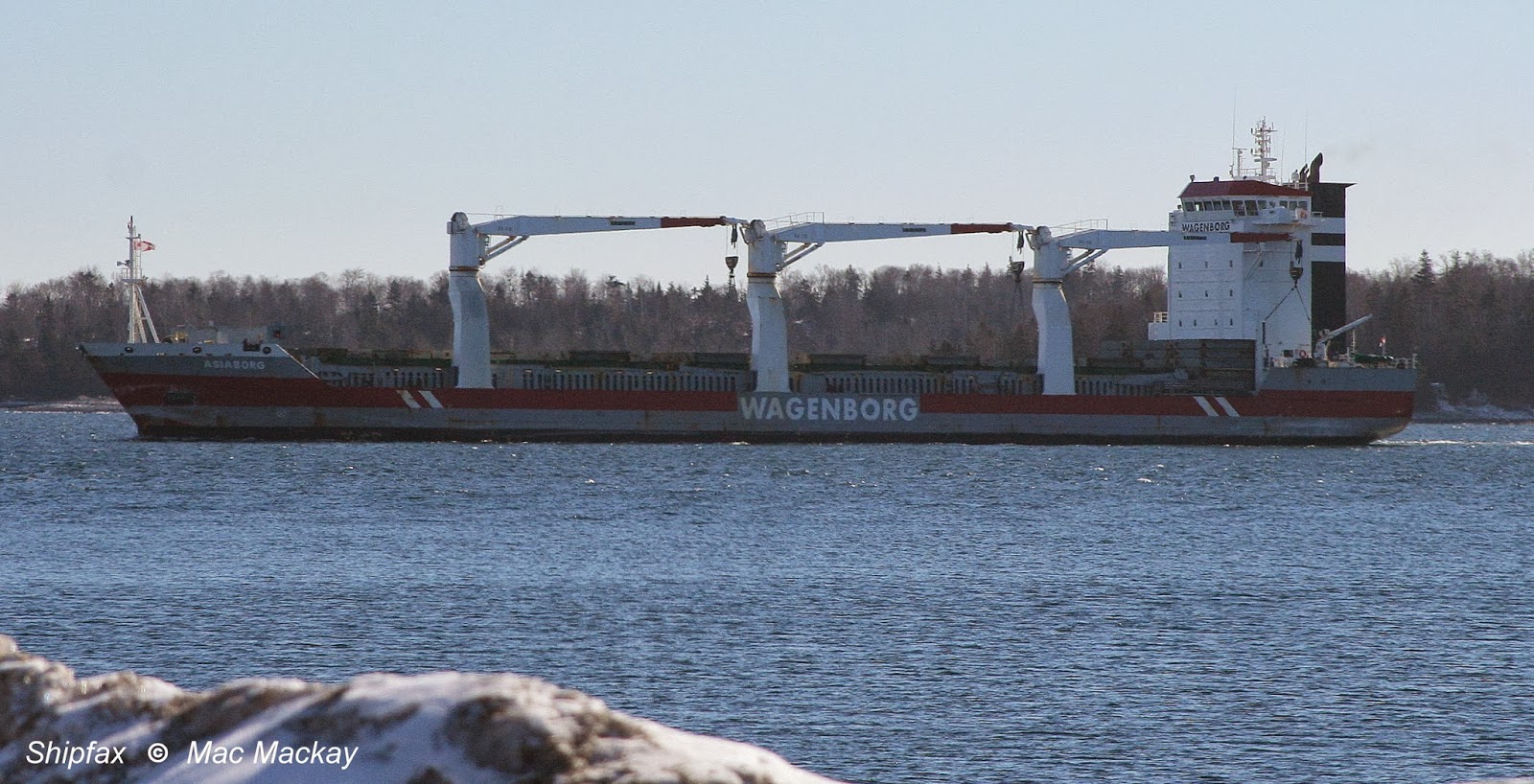 Asiaborg is a sizeable ship, with three large cranes. 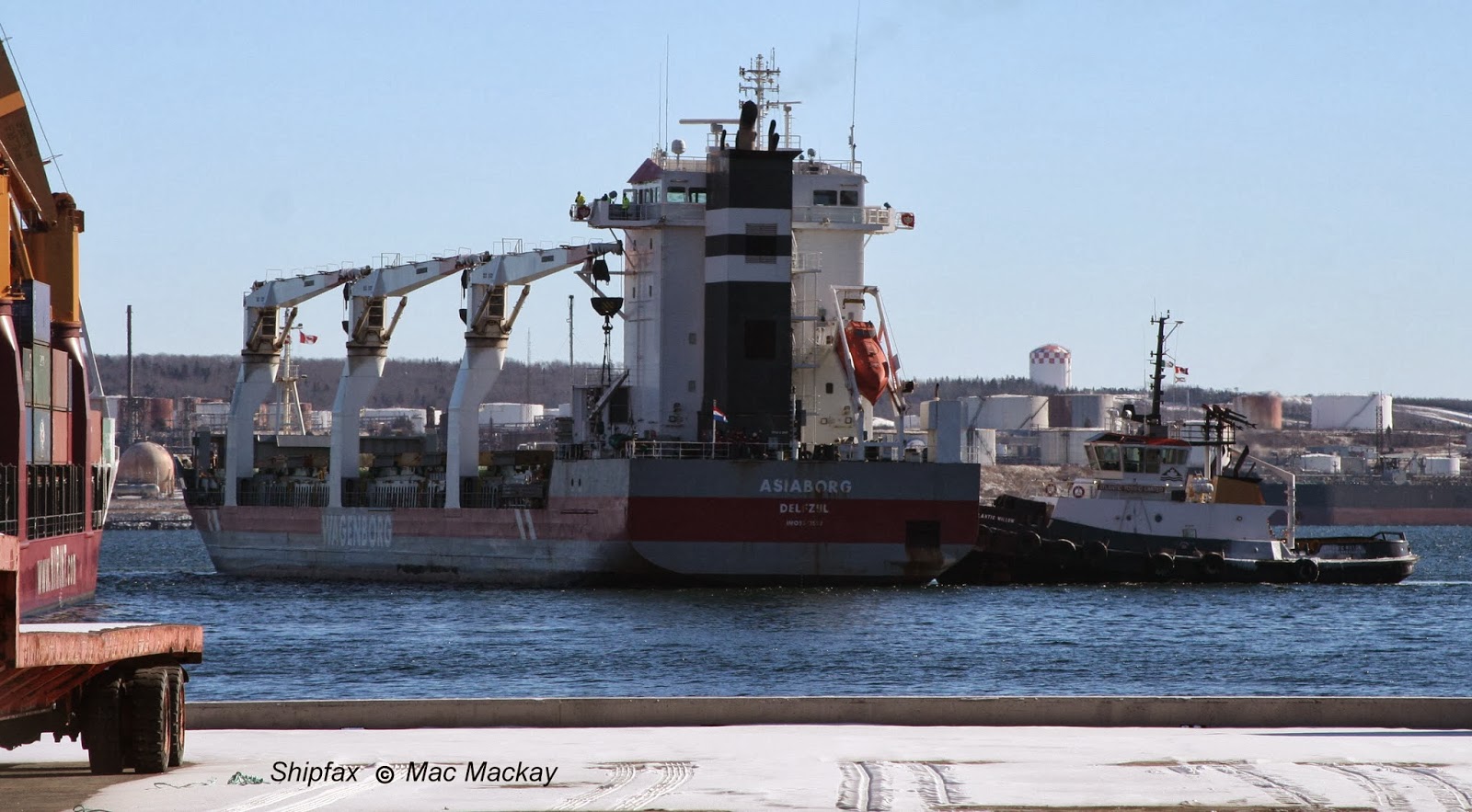 Asiaborg squeezed into pier 28 with the assistance of Atlantic Willow and a good bow thruster.
Both ships are due to sail tomorrow.
.﻿
﻿
Posted by Mac at 9:09 PM