With one of the heaviest ice seasons in recent memory, the Canadian Coast Guard is working full out in the Gulf of St. Lawrence. As a result, icebreakers that would normally be based in Newfoundland have moved west to assist, and ships from Nova Scotia are working in Newfoundland and eastern  Gulf. Recent reports have Sir William Alexander on the west coast of Newfoundland and Earl Grey in the Belle Isle Strait.
Edward Cornwallis made a brief over night stop in Halifax and sailed at noon time for St.John's. 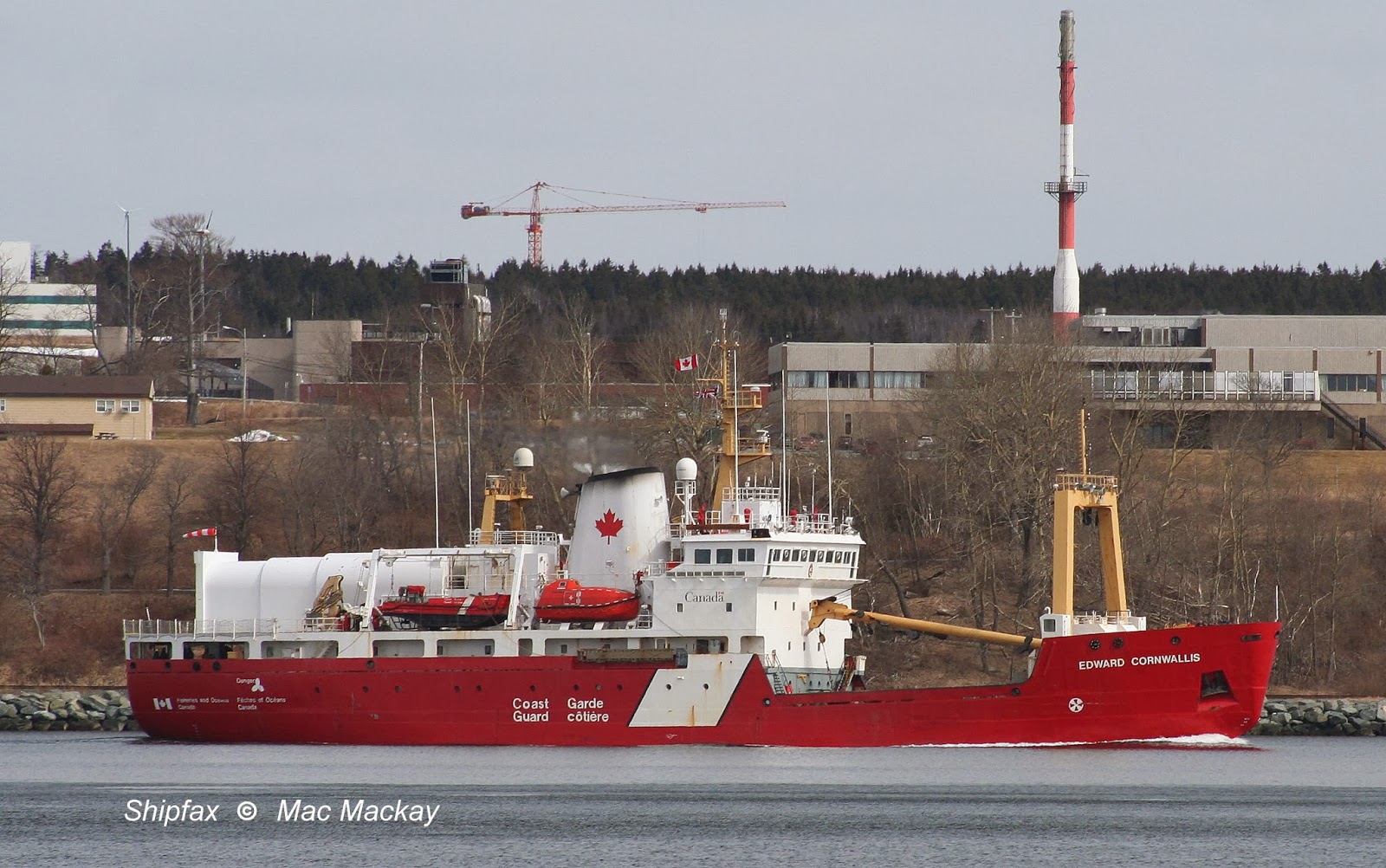 The major non-participant in all this activity is the flagship of the fleet, CCGS Louis S. St-Laurent which has been sitting out the game at BIO since February 10. It had arrived in Halifax that week for a crew change, but aside from running some ranges on Halifax the night of February 10 it hasn't moved. 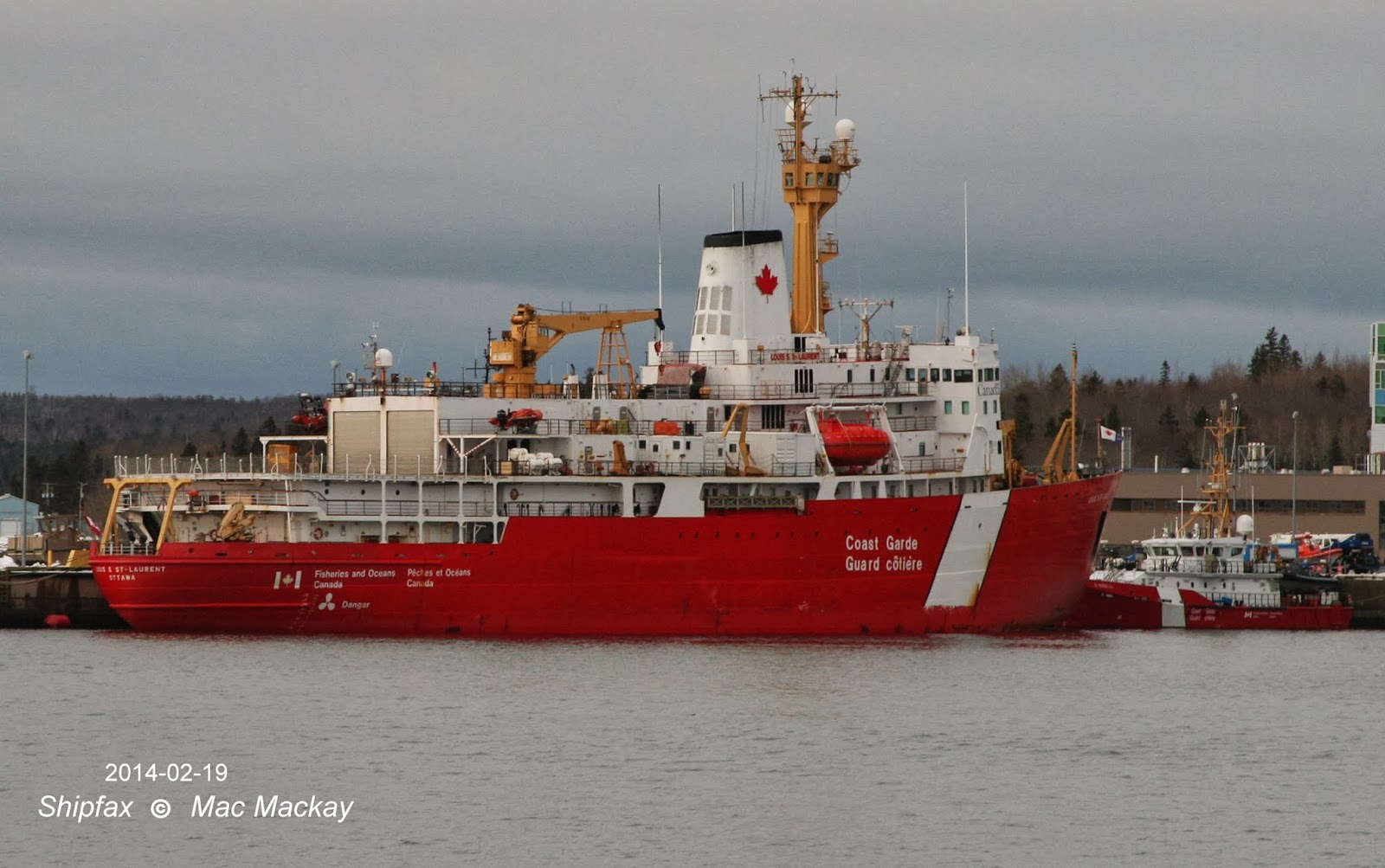 The Newfoundland based Cape Roger is working from Halifax and the two patrol boats, CCGS G.Peddle and CCGS Corporal McLaren MMV are also covering for the absent ships.

The newly built CCGS A.LeBlanc was registered February 27, and has made another trials trip March 3, but has not been handed over yet. 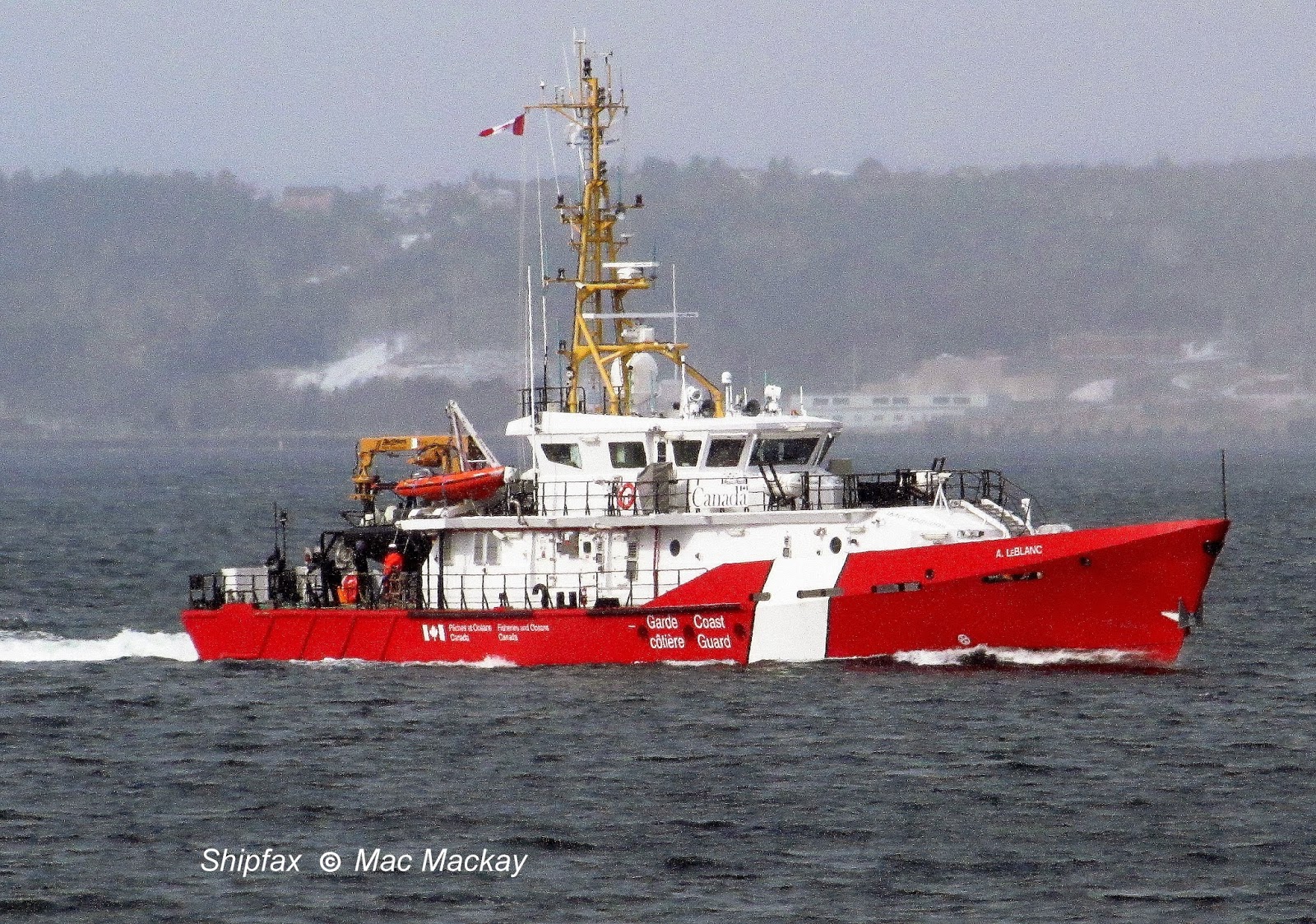