The Royal Canadian Navy has a large fleet of Dockyard craft. These include boats and barges for all sorts of uses around Halifax harbour at their various installations. Most of the barges live hidden away within the confines of HMC Dockyard where they remain unseen to the civilian eye. Others, although in plain view, somehow manage to escape attention for the most part.

One of the more noticeable craft rarely visits HMC Dockyard, but instead sits at anchor off Birch Cove in Bedford Basin performing acoustic calibration work through the Defence Research and Development Canada Atlantic (DRDC) once known as Defence Research Establishment Atlantic (DREA). The 300 tonne, 36m x 17m barge has an enclosed heated deckhouse, 18m x 9m moon pool, a 10 tonne deck crane and a 5 tonne internal gantry crane. It is moored 1 km offshore in 42m of water and is used to calibrate sonar transducers.

Earlier this month it was towed to Jetty Lima in the Naval Armaments Depot / Dockyard Annex in Dartmouth. This is also the area where surplus naval vessels are stored before disposal.


In 1996 the barge received a major refit at the old Dartmouth Marine Slips, where the whole (very shallow) hull of the barge was supported by an elaborate cribwork  It may have received a new roof and lost its green siding at that time. 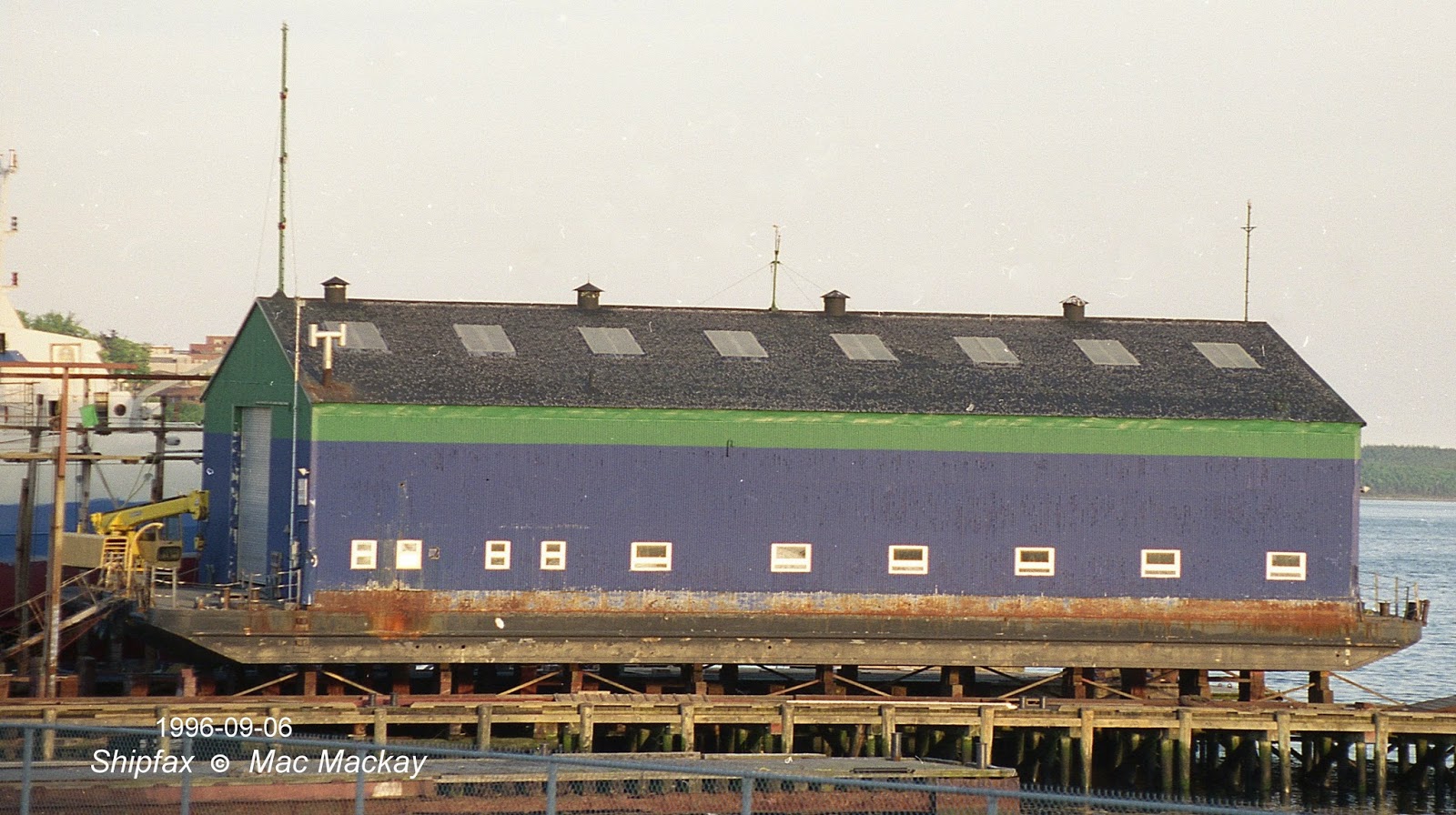 I have previously reported that, based on my research, this barge is named YLP 451 and so far I haven't been contradicted. However there is evidence to suggest that it was built at Halifax Shipyard in 1959 as YBE 454. It is not unheard of that Dockyard craft can change their names, but usually it is only the initials portion that changes, not the numerical portion.

While DRDC barge was refitting in 1996, another dockyard craft was completing its refit. YD 253, a steam powered derrick had been unrigged when I photographed it, but it was returned to full service soon after. It was built in Pictou in 1957 as YC 253. 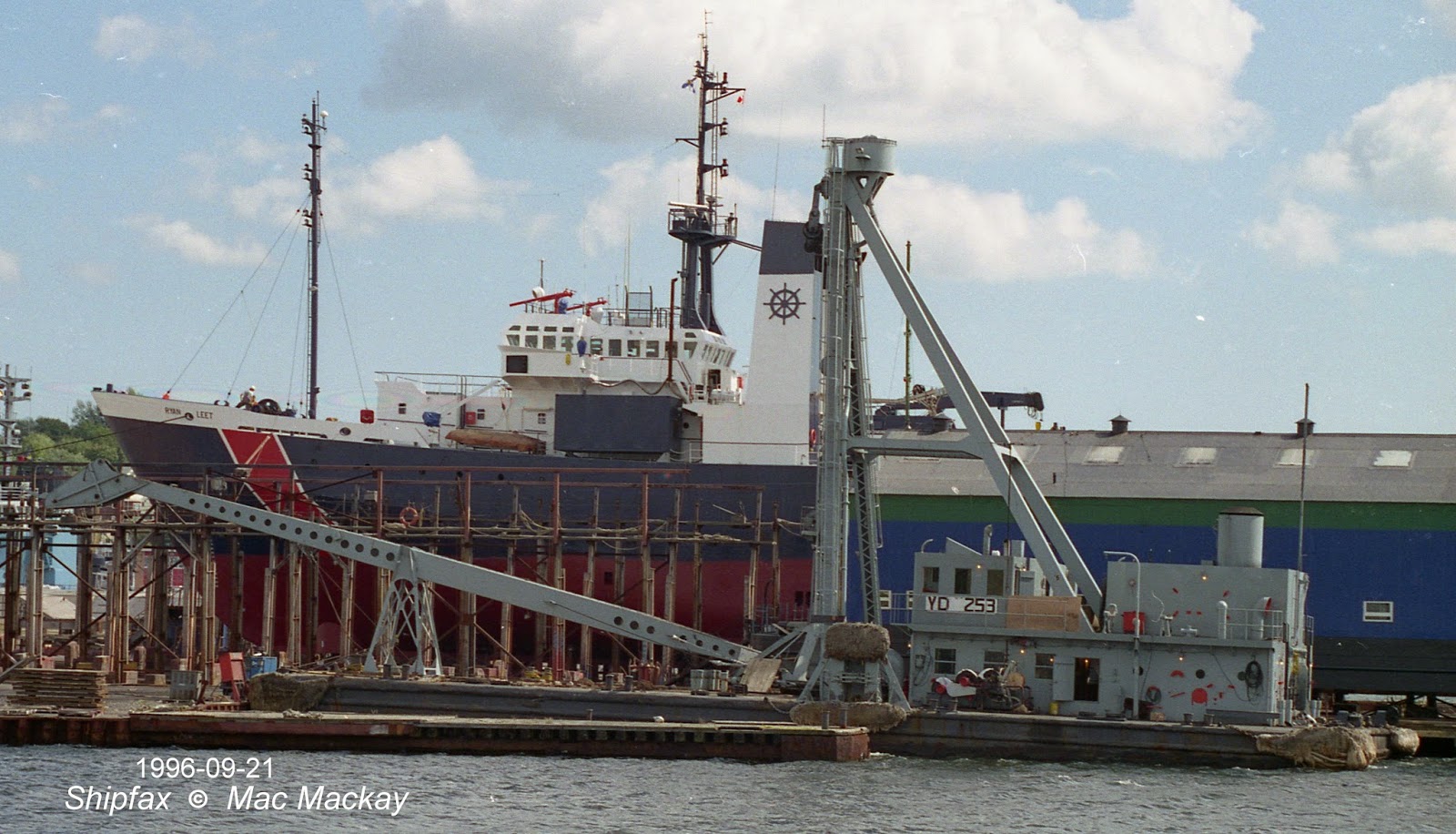 Oddly, last week when the DRDC barge moved, it displace the same derrick barge from its usual spot inside Jetty Lima. 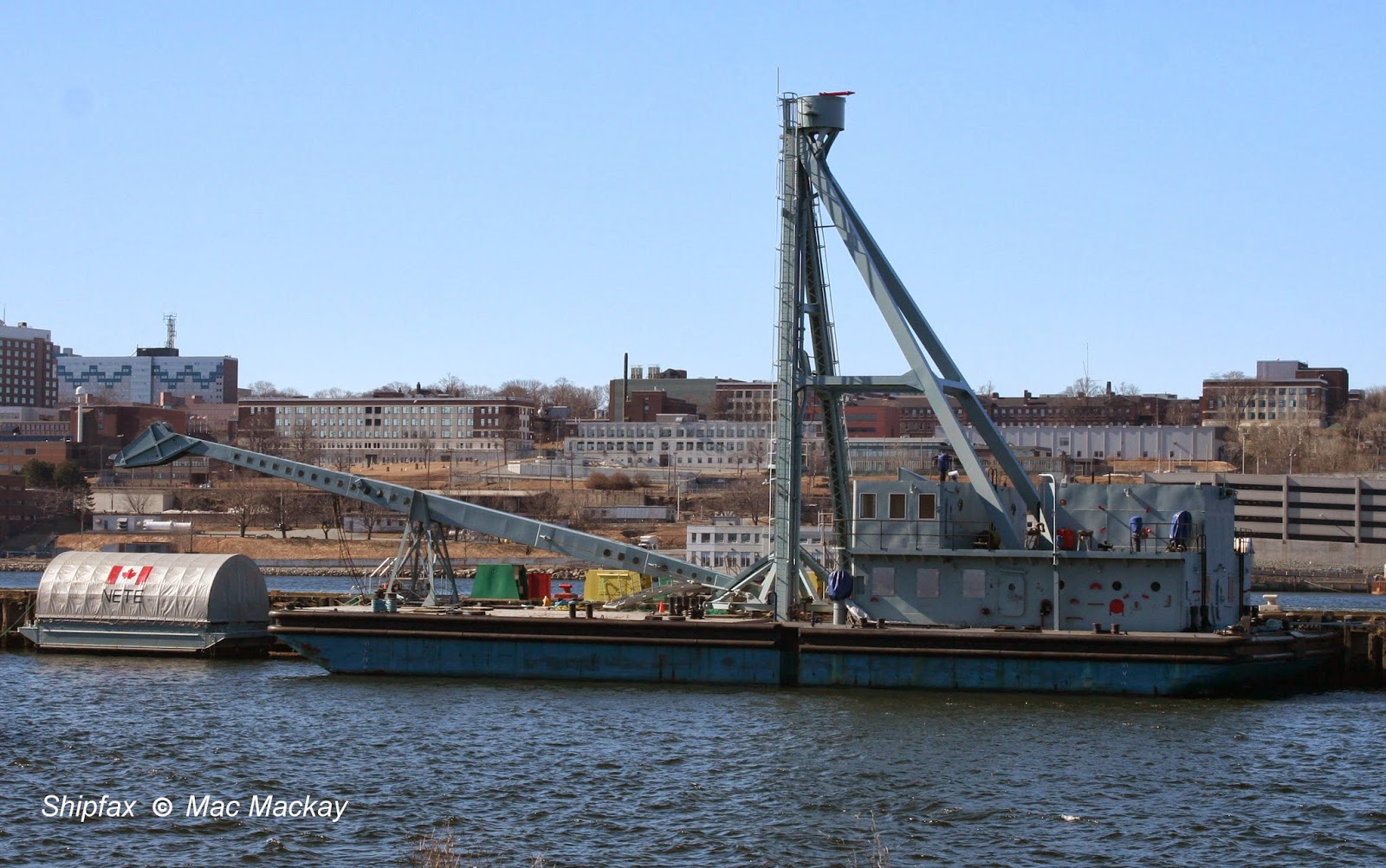 Now long out of commission, with is steam plant removed, and the derrick unrigged, the barge has been languishing unused for many years, possibly awaiting disposal. It has also lost its elaborate ropework pudding fenders and other appliances such as spud frames and firefighting gear.

The little scow with a tent on it, labeled NETE is another of the many strange craft within HMC Dockyard. NETE stands for Naval Engineering Test Establishment, a group which provides a whole host of services within the RCN.