Wednesday March 26
CSL Americas' self-unloader CSL Tacoma arrived this morning and anchored in Bedford Basin. The ship is quite new, and is the third Trillium class Panamax self-unloader built by Chengxi Shipyard, Jiangyin City, China. It was delivered in October  2013. Due to high winds and blowing snow, I could neither see nor photograph the ship, but if you want an image and specs refer to: http://www.cslships.com/en/csl-americas/fleet

The two other ships of this class in the CSL fleet, Hon. Paul E. Martin , which is currently tied up in Shelburne for crank shaft repairs, and CSL Tecumseh, which is still operating on the west coast.
Two more ships of the same class, Balchen  and Balto are operated by Klaveness as part of the CSL Americas pool.

Thursday March 27
﻿
After a night at anchor in Bedford Basin, CSL Tacoma was no worse for the experience. Wind gusts well in excess of 100 kph, were really all she had to endure. 6 meter seas outside and higher winds would have been the alternative, so coming in was a prudent move.
The ship's departure mid-afternoon was the polar opposite from yesterday's arrival. Blazing sun, above zero temperatures and rapidly melting snow (some 20cm fell in Halifax) allowed for the following photos. 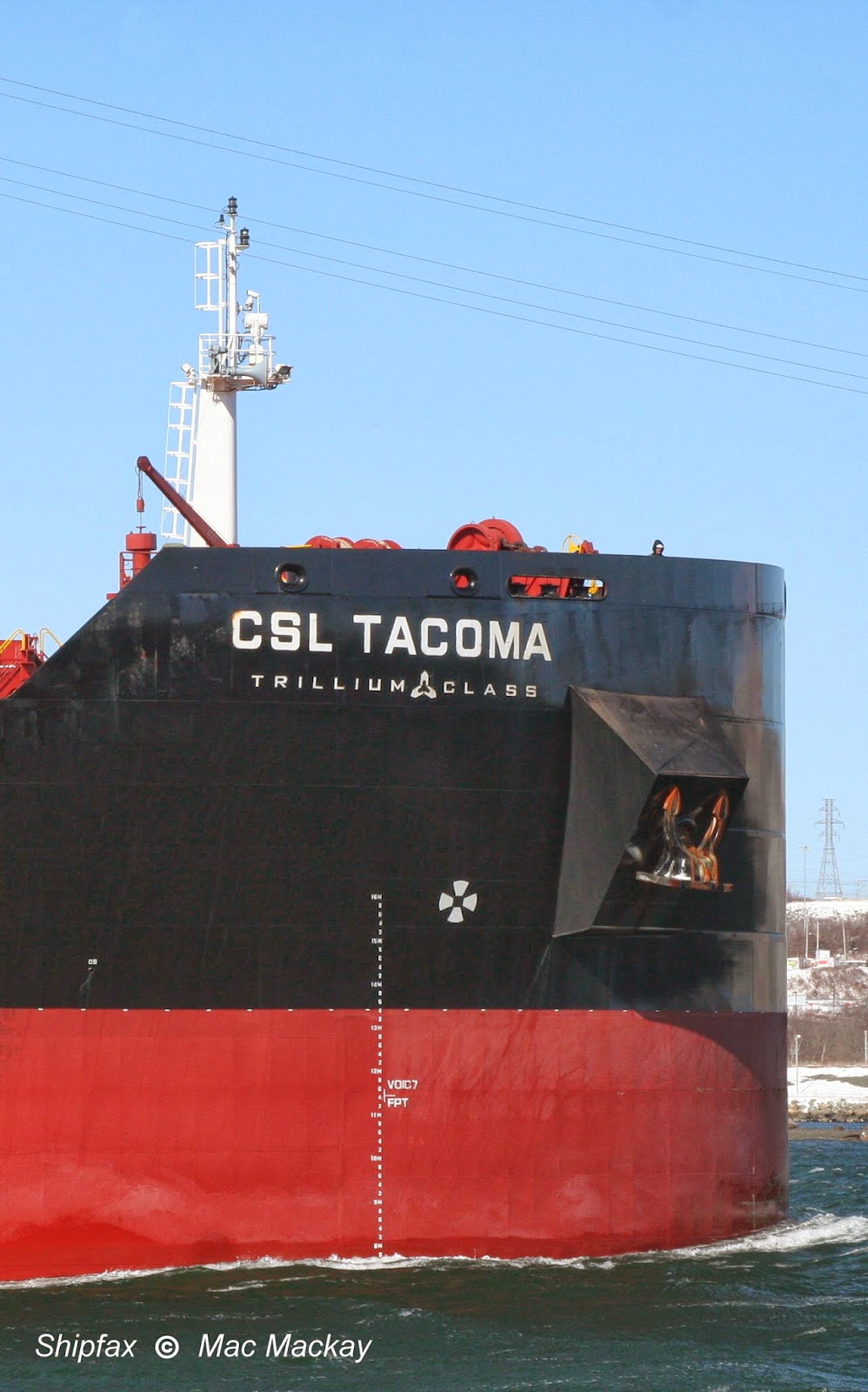 The Trillium class of ships for CSL represents the five Panamax ships listed above, and four Seawaymax size ships also built in China, and delivered in 2012-2013. Baie Comeau, Baie St.Paul, Thunder Bay and Whitefish Bay (all flying the Canadian flag) are also state of the art self-unloaders, sized to maximize cargo capacity in the St.Lawrence Seaway. Although capable of coastal voyages, so far they have been restricted to Gulf of St.Lawrence and Great Lakes service.
.﻿
Posted by Mac at 12:29 PM