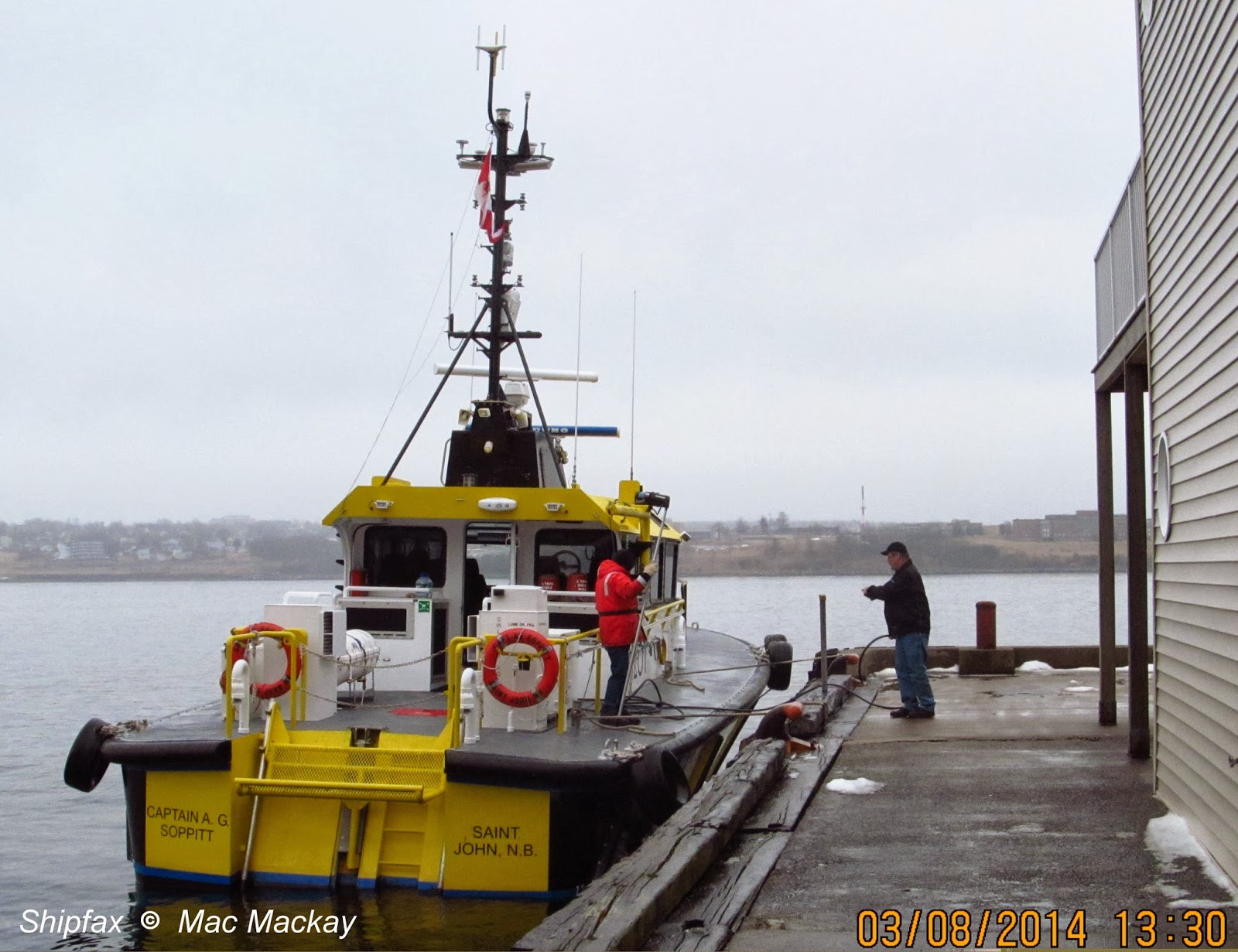 The Saint John, NB pilot boat Captain A.G.Soppitt has been working in Halifax for the past few days. It arrived Wednesday and since then has been filling in for its sister boat Chebucto Pilot. 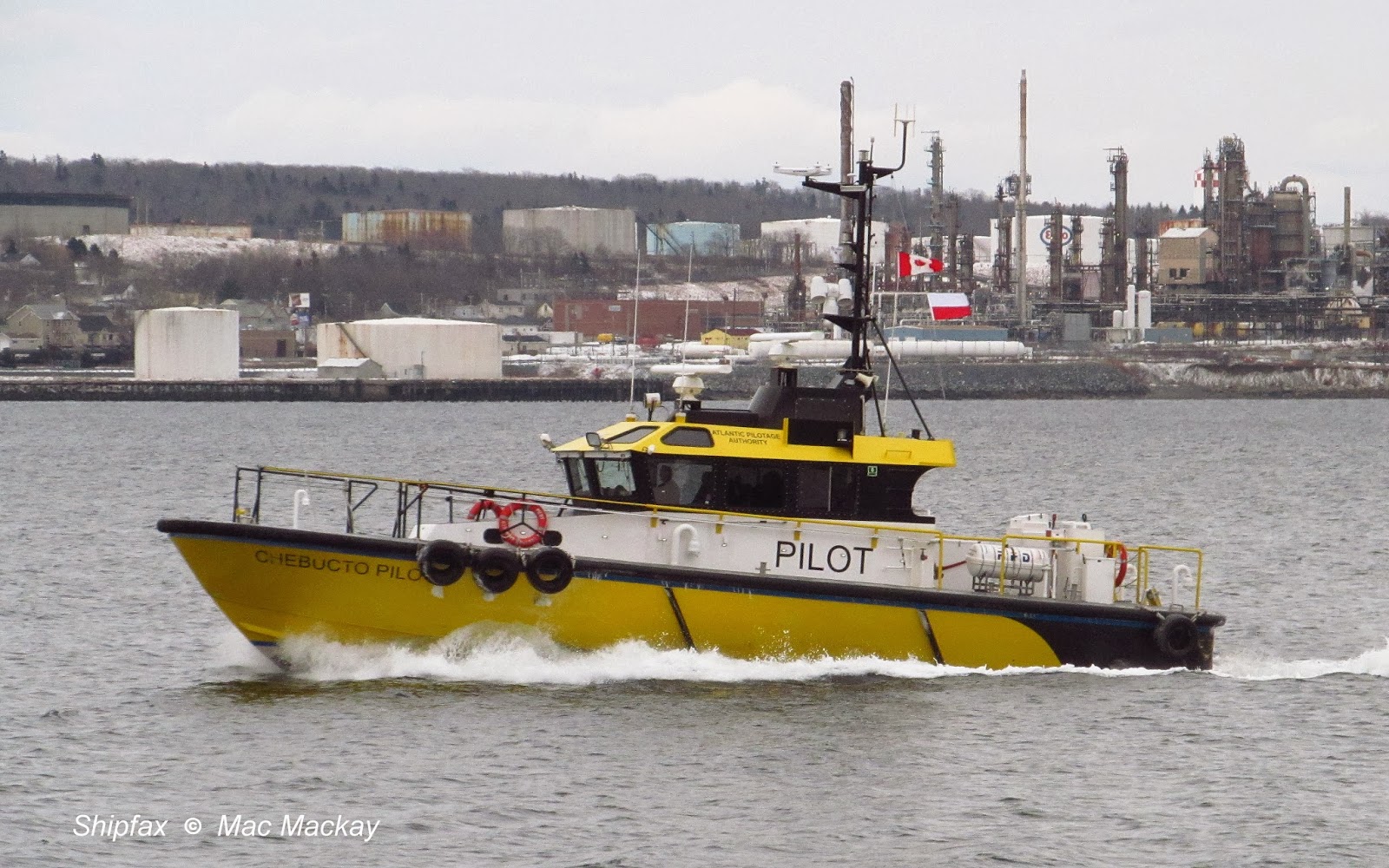 The Atlantic Pilotage Authority owns and operates both boats which were built by ABCO Industries in Lunenburg in 2012. 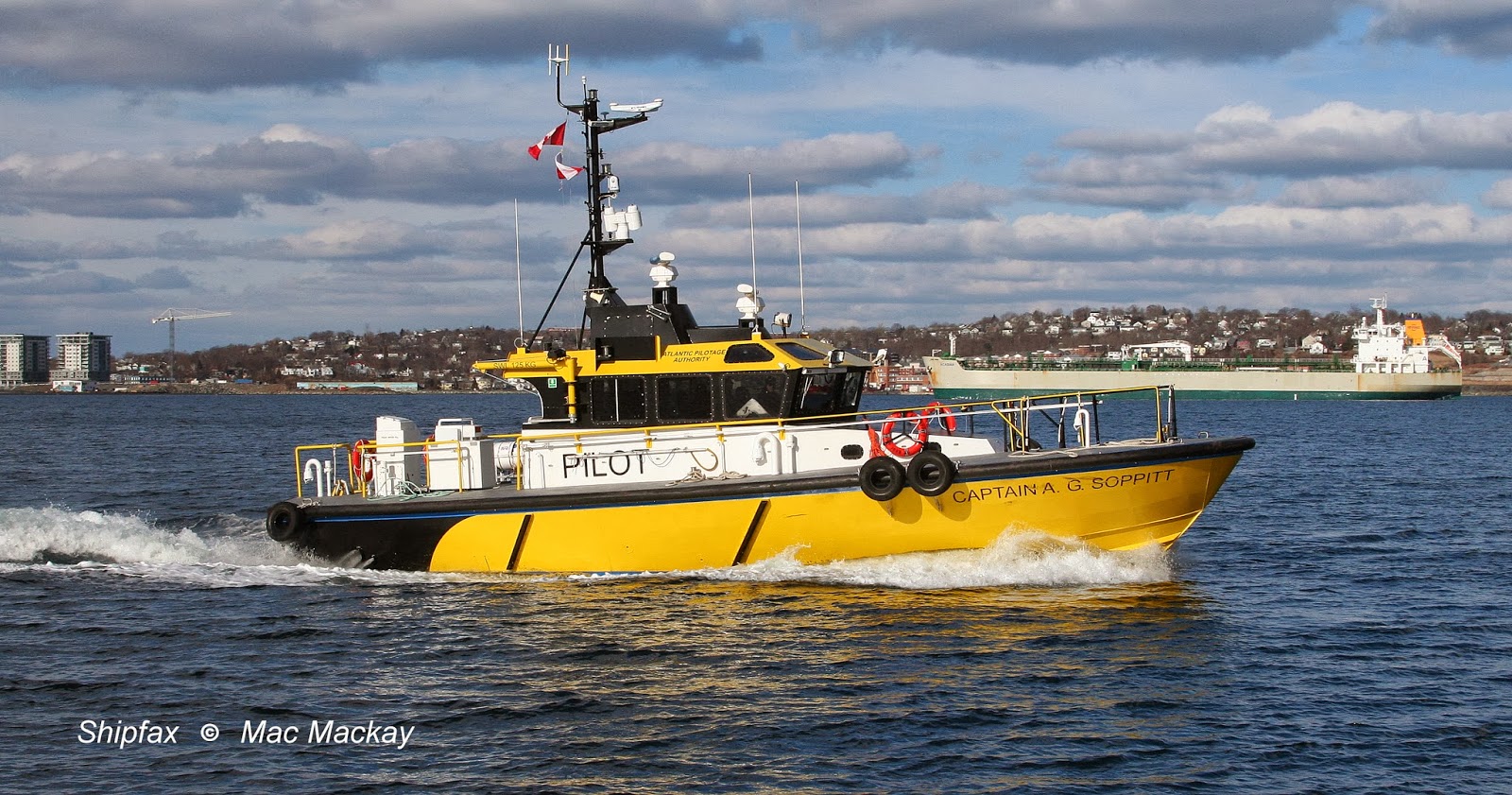 ﻿
﻿
Captain A.G.Soppitt sailed this afternoon. The tanker Acadian in the background. ﻿
Update#2:
On Monday morning March 10,  Chebucto Pilot sailed for Lunenburg (giving 2 1/2 hours sailing time!) . Captain A.G. Soppitt  is now the acting pilot boat, with A.P.A.No.1 as back up.﻿
.
Posted by Mac at 8:52 AM