Seattle out, Barnacle passing, Sanderling arriving and more on the Louis

The bulker Seattle  sailed this afternoon after discharging its cargo of nickel ore. While in port it acquired a little frozen spray on its bulbous bow

An unofficial Sea King escort flew near the ship as it passed Ives Knoll, on its way to Cristobal, Panama (the ship that is).

Once out at sea Seattle passed the Barnacle, inbound from Panama, which will be picking up an ice adviser on its way to Belledune, NB. Connor's Diving's Eastcom will take the adviser out to meet the ship.
The heaviest ice in the Gulf in many years will make that it interesting trip. For more on ice advisers, listen to my CBC Information Morning item of today's date: http://www.cbc.ca/informationmorningns/2014/03/18/more-ice-than-usual-on-the-north-atlantic/

Speaking of ice and freezing spray, Oceanex Sanderling arrived today with some remnants of ice around her anchors, but also on the breakwater above the forepeak and on the containers. She crossed from Newfoundland in stormy conditions and accumulated quite bit of ice. 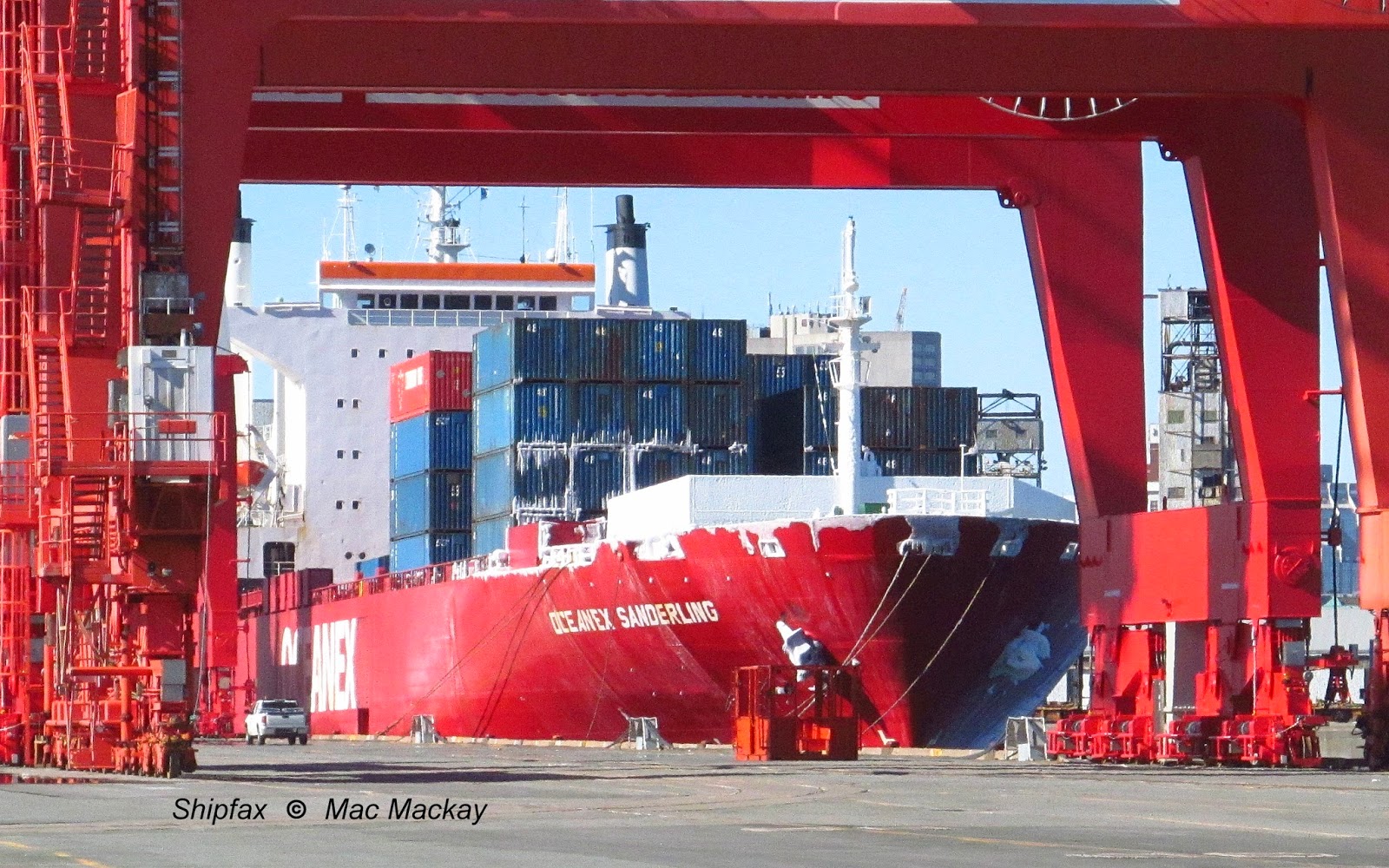 And finally back to the CCGS Louis S. St-Laurent.
The ship had been on "lay days" a term defined by the Public Service Alliance of Canada and the Treasury Board in their collective agreement- to whit the crew on this ship falls under Annex E
Quote:
End Quote

- meaning, in lay parlance, all dressed up and nowhere to go or ship with crew, but not working.

We now learn that the ship has used up its fuel allotment for the fiscal year (which ends March 31) due to extended operations. I'm not sure what those operations were since the ship was in refit for a long time. Perhaps the powers that be put the ship on reduced rations this year due to that refit, and when she was brought out to cover for CCGS Terry Fox she blew the budget.

There is some thought that the ship may be reactivated after March 31 "if ice conditions warrant" , but maybe that will eat into its summer fuel budget for the Arctic. Wait (like the Louie) and see.
Since CCGS Martha L. Black and Pierre Radisson will be heading up into the Seaway March 22 and March 25 respectively, the CCG will be woefully short of power in the Gulf and lower river. 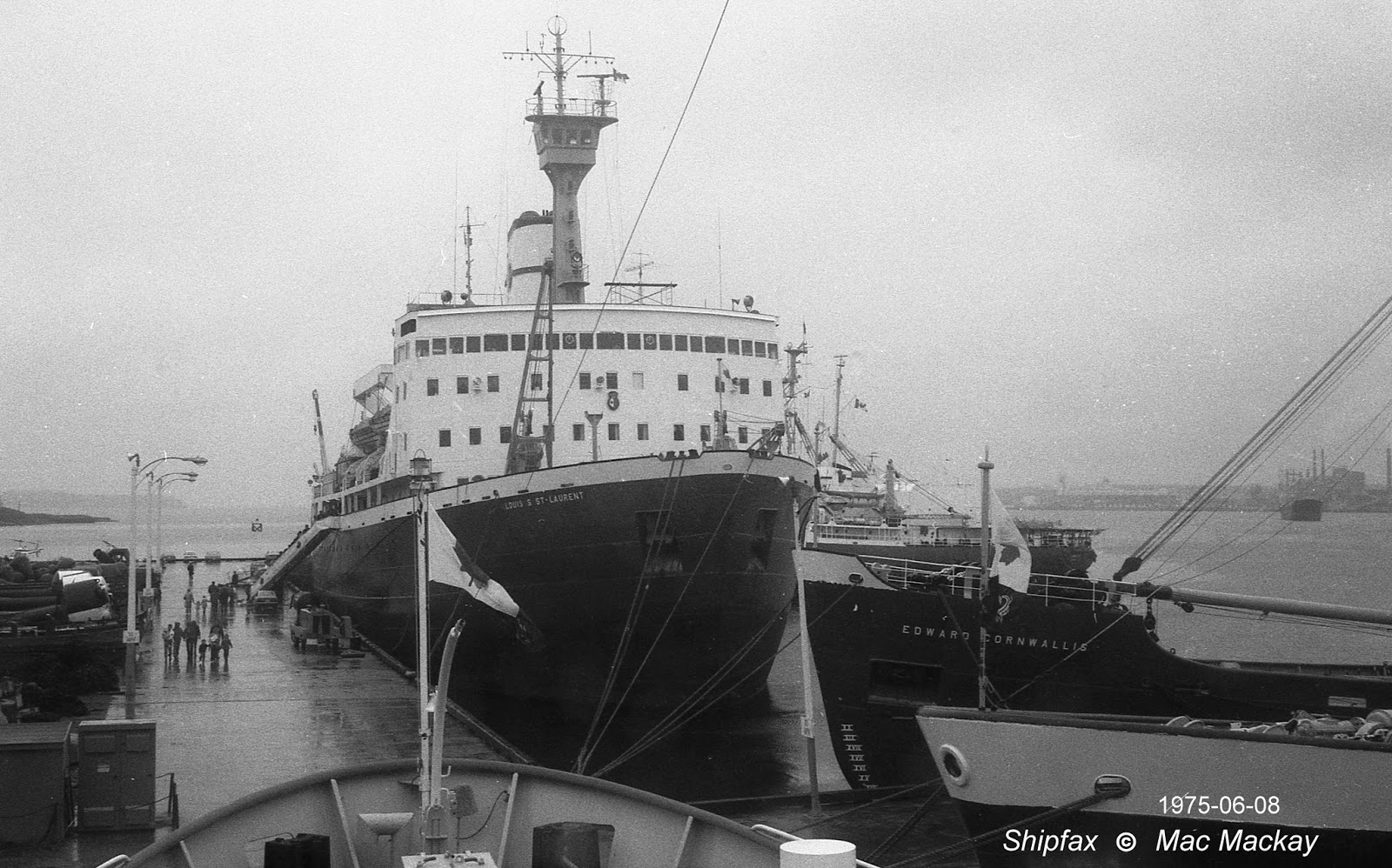 This particularly gloomy photo of CCGS Louis S. St-Laurent  was taken on Coast Guard Day, June 8, 1975. It shows the ship in her "as built" condition, and was taken from the bridge of CCGS Alert.