Acting pilot boat Capt. A.G.Soppitt heads for shore with the harbor pilot and ice adviser shortly after British Destiny brought up at anchor.
The ship is a product of Hyundai Mipo, Ulsan, South Korea at 29,214 grt, 47,210 dwt, built in 2005. A far cry from the elegant British Petroleum tankers of yore, it does have some non-standard features compared to other ships from the same yard. The most noticeable is the full width enclosed covered bridge structure wings. 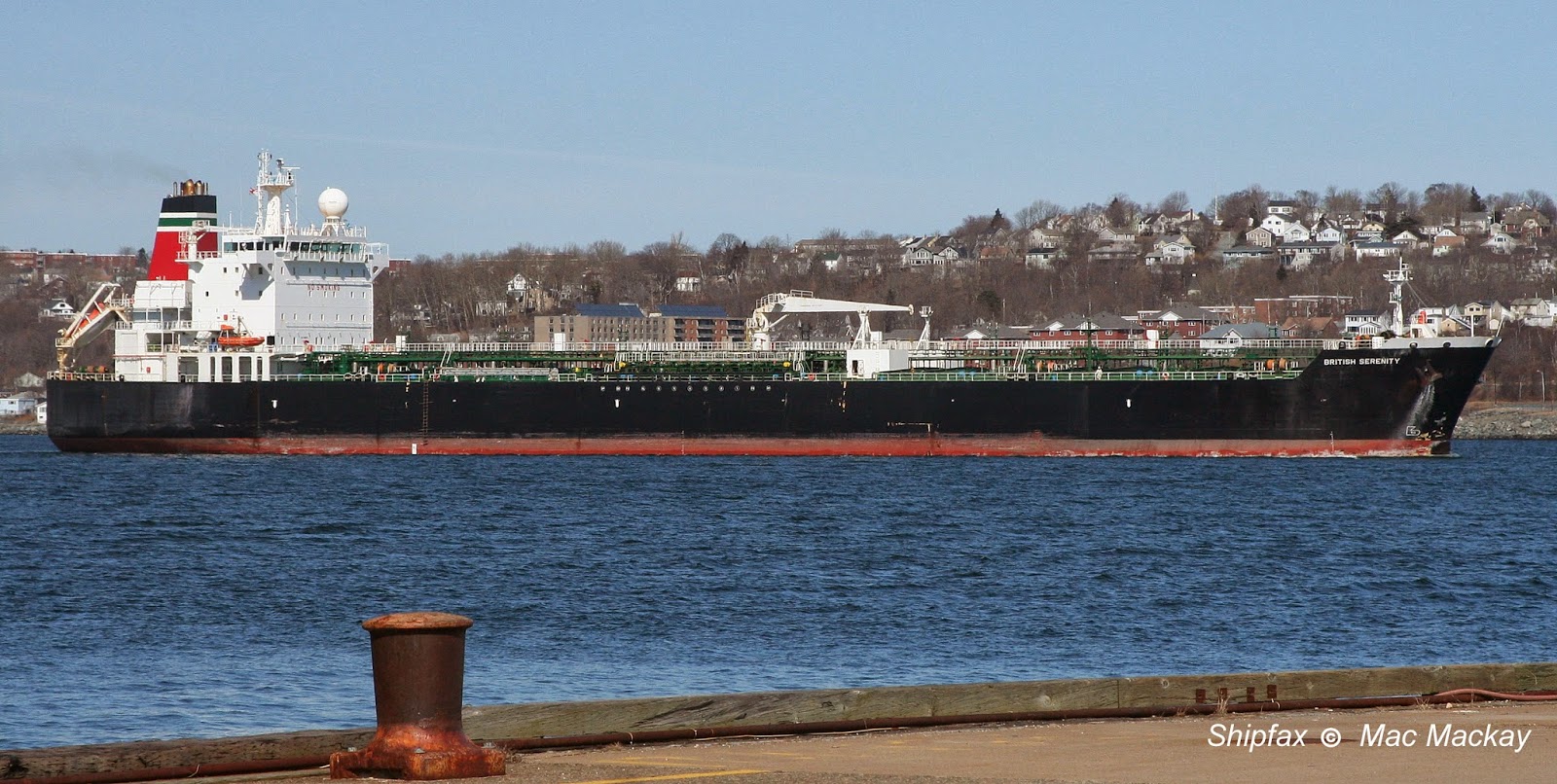 On completion of bunkering from Algoma Dartmouth , the ship wasted no time in coming about and heading for sea. Its next port is Guyanilla, Puerto Rico.
.﻿
﻿
Posted by Mac at 4:54 PM