Fusion in tow for Halifax

The small ConRo Fusion is due in Halifax March 11, dead ship, under tow of the tug Atlantic Hemlock. The ship was normally due in Halifax last week, to meet its usual Friday sailing schedule, however it did not appear, so the problem likely occurred sometime last week. 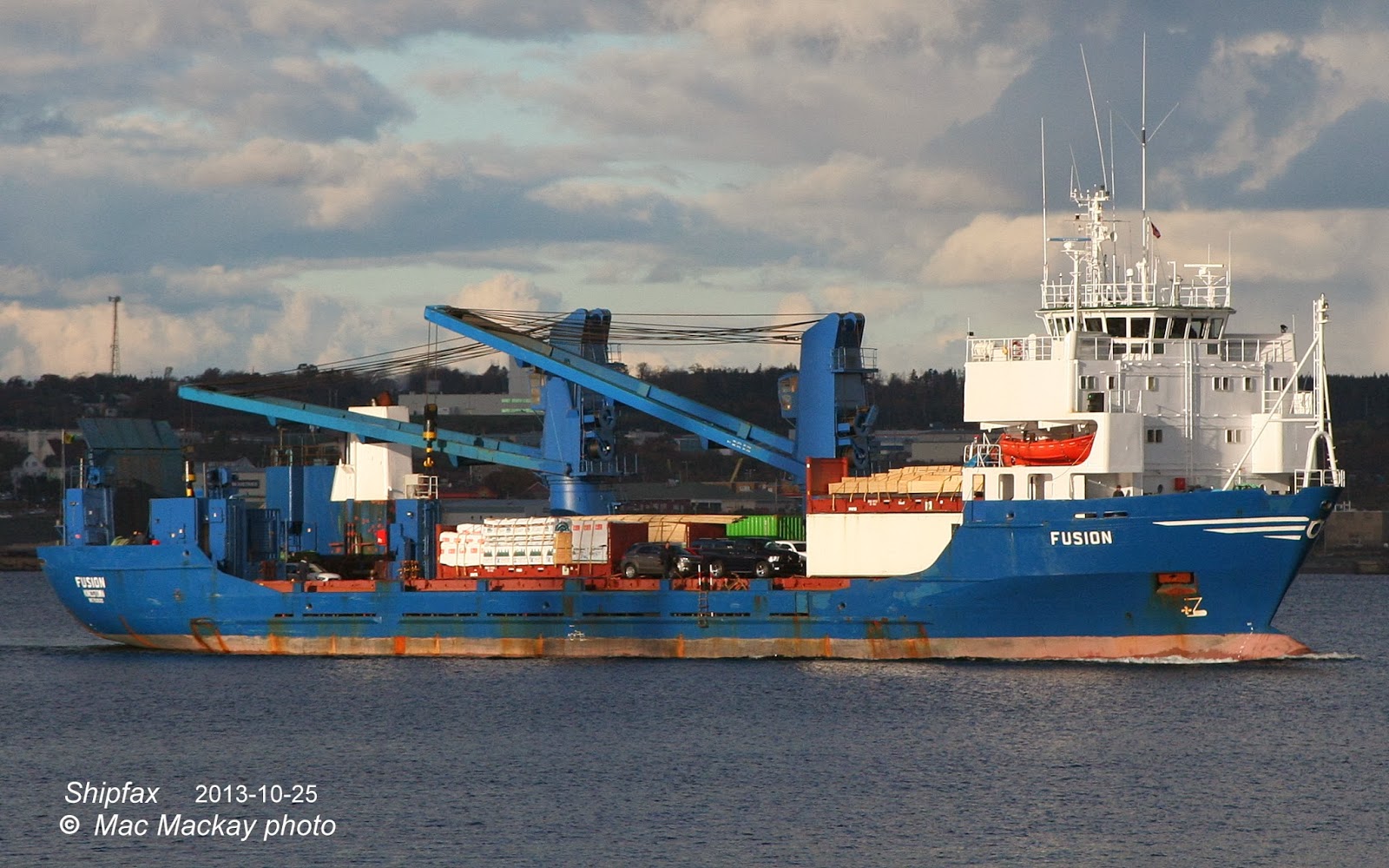 The ship serves St-Pierre et Miquelon in a weekly service from Halifax. The service has always been a marginal one, and has seen a series of operators over the years, with many of them going out of business. There has also been a wide variety of ships, some even carrying passengers.
Fusion was built in 1977 by Blohm + Voss and has a capacity of 219 TEUs, and carries two 30 tonne cranes. It has been renamed no less than 12 times. It first started on the St-Pierre route in 2007 as Fort Ross and resumed the service after an extensive refit  in 2010 refit, as Fusion, initially on a three year contract. It was also refitted in 2012.
Current owners are listed as MD Shipping of Odessa, Ukraine, and the ship flies the flag of St.Vincent and the Grenadines.