Persenk, and other cripples (update and photo added)

It is that time of year again when ships seem to run into trouble. Ice is the worst enemy, but mechanical failures of varies sorts also seem to be more prevalent.
Arriving over night the Bulgarian bulk carrier Persenk anchored in the harbour to take on bunkers, but also for an inspection of its propeller by divers.


Built in Varna, Bulgaria by Bulyard Shipbuilding Industry in 1998, the 10,220 grt, 13,902 dwt bulker flies the Maltese flag, but sails for Navigation Maritime Bulgare, the state owed shipping company of Bulgaria. Vessel tracking indicates the ship was off the east end of Anticosti Island in heavy ice, so may have bent a blade there.
Reports have also reached me that CCGS Pierre Radisson was struck by a ship in the same area, damaging her flight deck right aft.

Meanwhile anchored offshore, the self-unloading bulker Rt. Hon. Paul E. Martin arrived last night under escort of the tug Atlantic Fir. The ship was in the Strait of Canso when it experienced a crankshaft problem, and had been lying at Mulgrave since late February. It is now headed to Shelburne for repairs. 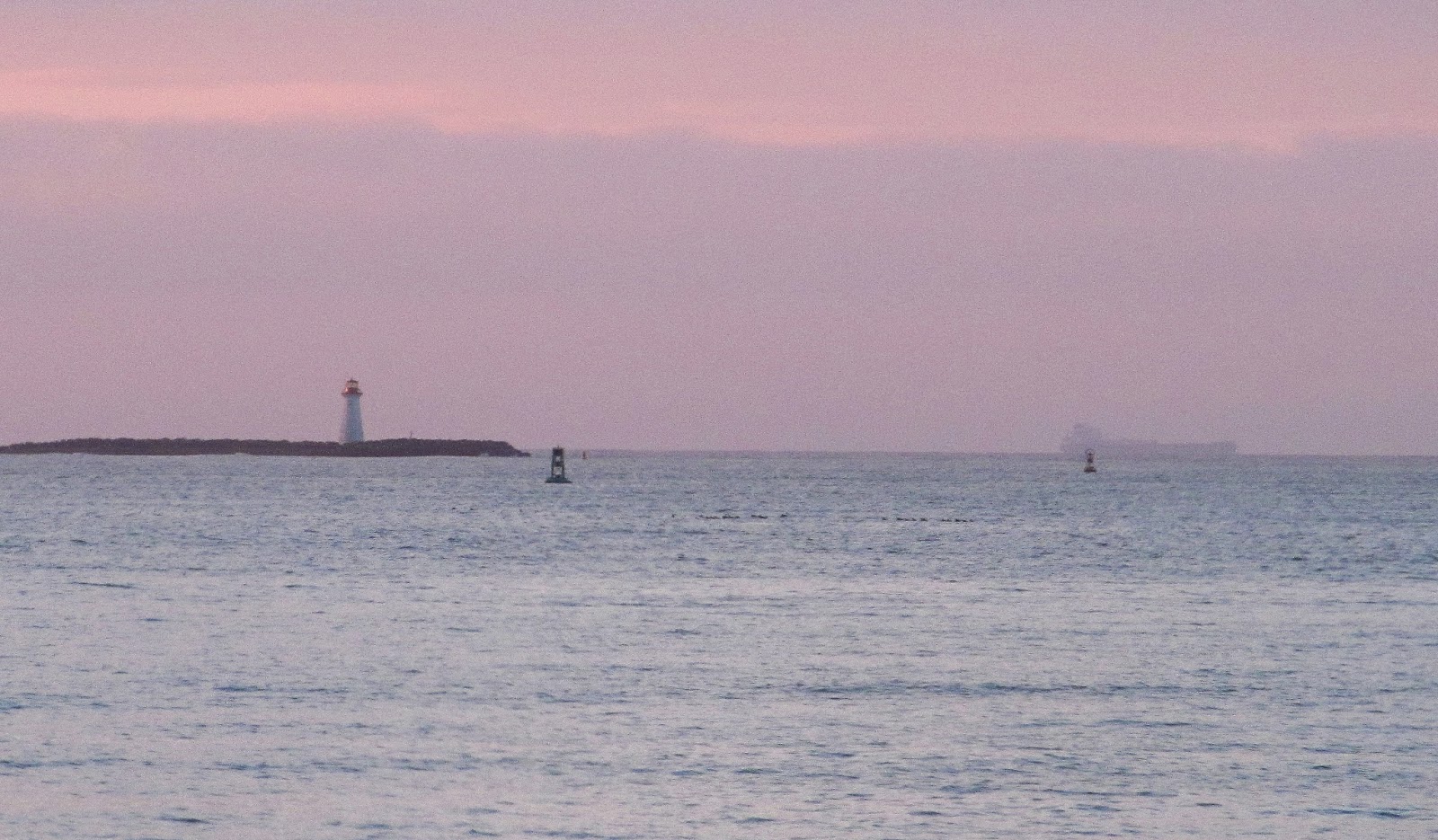 The ship was delivered by Chengxi Shipyard in Jiangyin, China in September 2012. Measuring 43,691 grt, 71,406 dwt, it is a Panamax bulker of the new Trillium class, built for CSL. 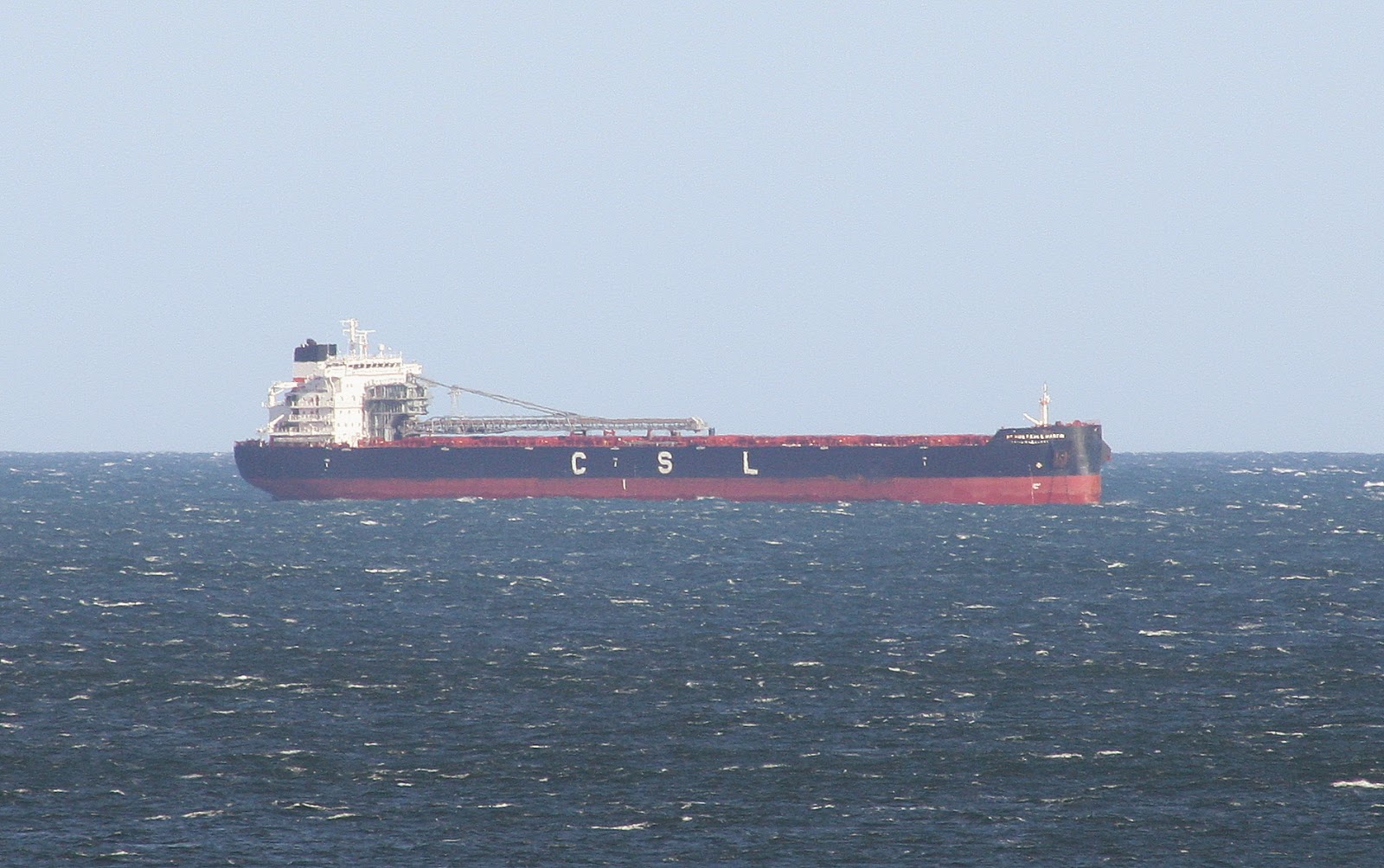 Rt. Hon. Paul E. Martin rolling in swells at the anchorage off Chebucto Head this afternoon. Gales and freezing spray warnings have been issued for this afternoon and evening.
At about 1930 Sunday evening the ship got underway for Shelburne, giving an ETA of 0800 Monday morning. This time the tug Atlantic Larch is escorting. ﻿

Then off Newfoundland another bulker lost power and drifted aground at Rose Blanche. John I flying the Panama flag, is Turkish owned and measures 24,606 grt, 42,263 dwt. It was economically renamed in 2012 from its previous name John F, and prior to that it carried the name Sarych, except fore the year 1994 when it was called Sarrah. It was built in 1991 by Hyundai Heavy Industry in Ulsan, South Korea. The tug Ryan Leet out of Mulgrave has been dispatched, and CCGS Earl Grey is standing by after a couple of failed attempts to attach a tow line.
It will be much more difficult to salvage the ship now, since all 23 Syrian crew members were evacuated, and there is no one aboard to take up a tow line.
My previous rants about the need for a rescue tug in the Cabot Strait at this time of year fell on deaf ears. Maybe this year's experiences will heat up the debate again.