The Dutch general cargo ship Amazoneborg arrived last night, and this morning was unloading rails at pier 27. Generally the rails, which come from Spain or Poland, arrive on smaller Dutch ships from the Onego fleet, so this is a much larger ship than we have seen before. However judging by its draft it isn't carrying a large load. 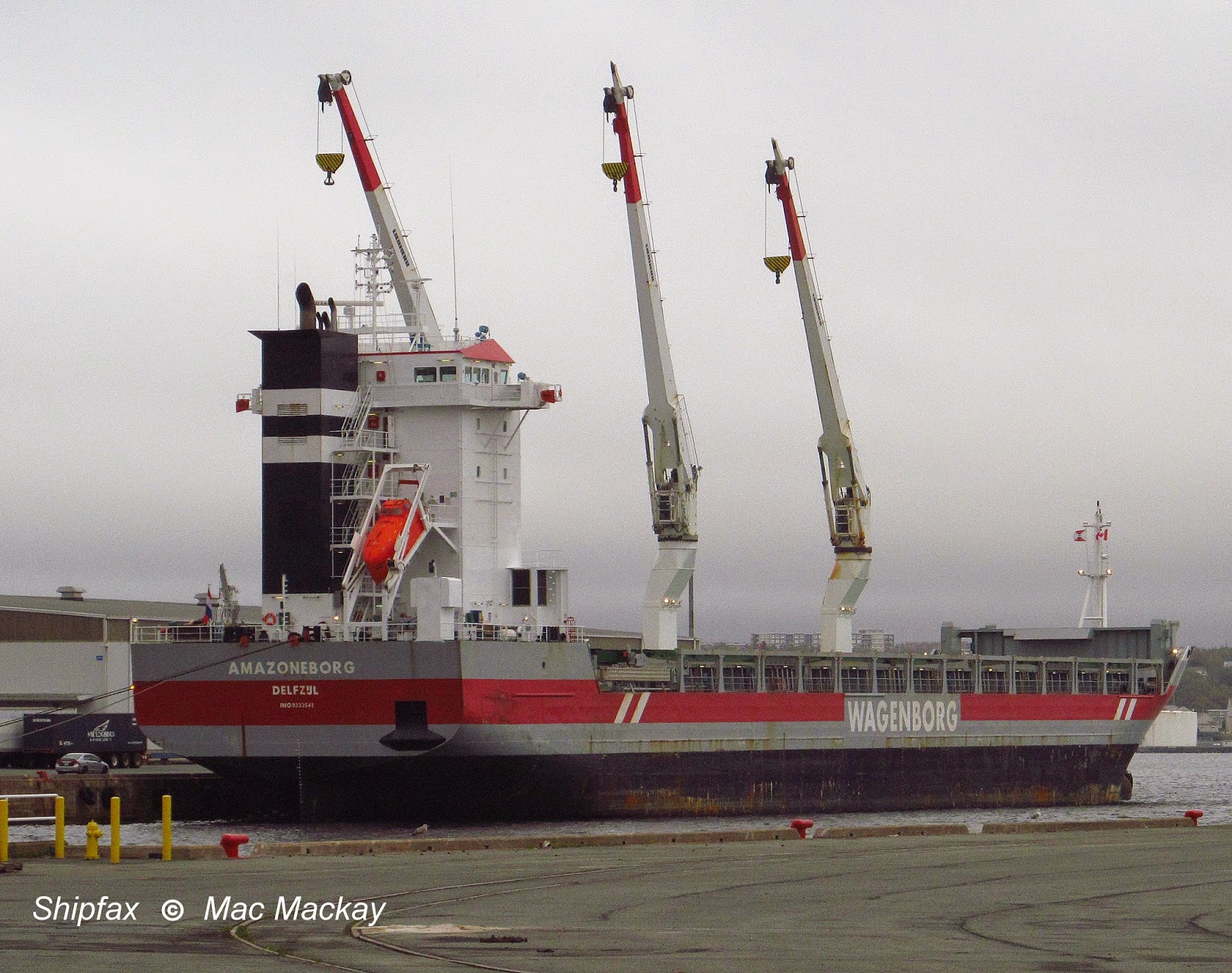 Built by Hudong Zhonghua Ship Building Co in 2007, the ship measures 11,864 grt and 17,355 dwt. It is a multi-purpose ship, with a capacity of 962 TEU and is fitted with three 60 tonne cranes. Its box shaped holds are fitted with 14 removable tween decks, that can also serve as bulkheads for bulk cargoes.The holds are ventilated and dehumidified. The ship is ice class 1A, and rigged for the Great Lakes (note the stern anchor).
Owners Royal Wagenborg are another of the large Dutch companies that have grown exponentially in this century to cater to non-container cargo. Amazoneborg is of their "A" class of 21 ships. They have several other classes too, both geared an ungeared and are often seen on the St.Lawrence and Great Lakes carrying steel, grain and forest products.
The company has many other interests in the logistics chain, offshore and elesewhere. See their website at:
http://www.wagenborg.com/royal-wagenborg