Both of the tankers anchored in Bedford Basin made their way to Imperial Oil this morning. First in was the long-time resident Energy Pride. It arrived in Halifax September 3 and has been idle there ever since. 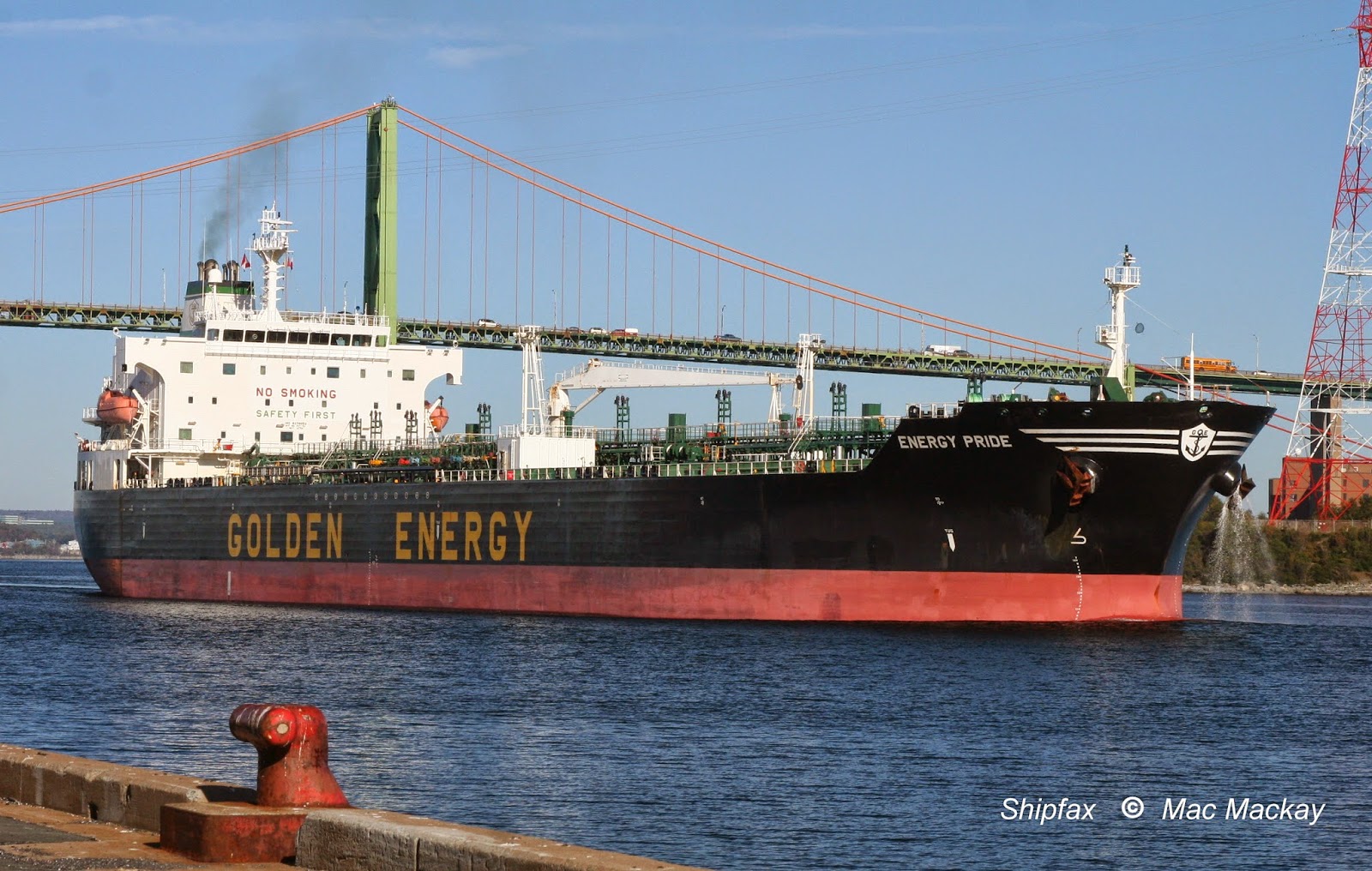 A 2004 product of STX Shipbuildiing in Pusan, South Korea, the ship is a large handysize of 30,095 grt, 51,319 dwt (50,000 is the rough upper limit for handysizes). Owned by South African Marine, it is managed by Enterprise Shipping + Trading of Athens, and flies the Isle of Man flag. It went to Imperial dock 4.

Next up was the recent arrival Blue Rose. It arrived late September 23 and took up its position a bit farther north in the Basin. 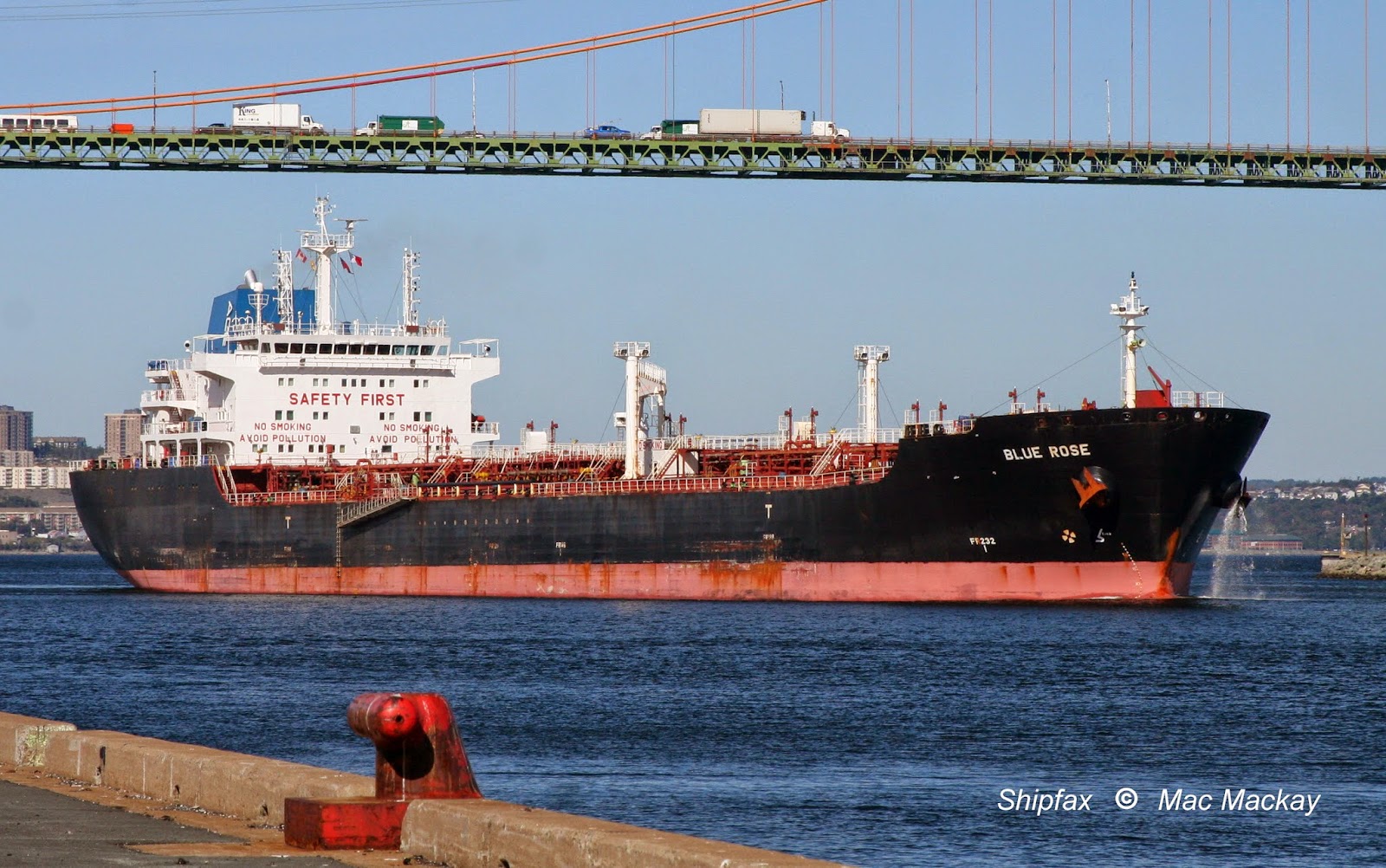 Built in 2007 it is at the small end of the range of  handysize tankers at 24,112 grt, 38,042 dwt. It flies the Marshall Islands flag and operates for  Schulte Ship Management of Greece. Its destination was Imperial dock 3.