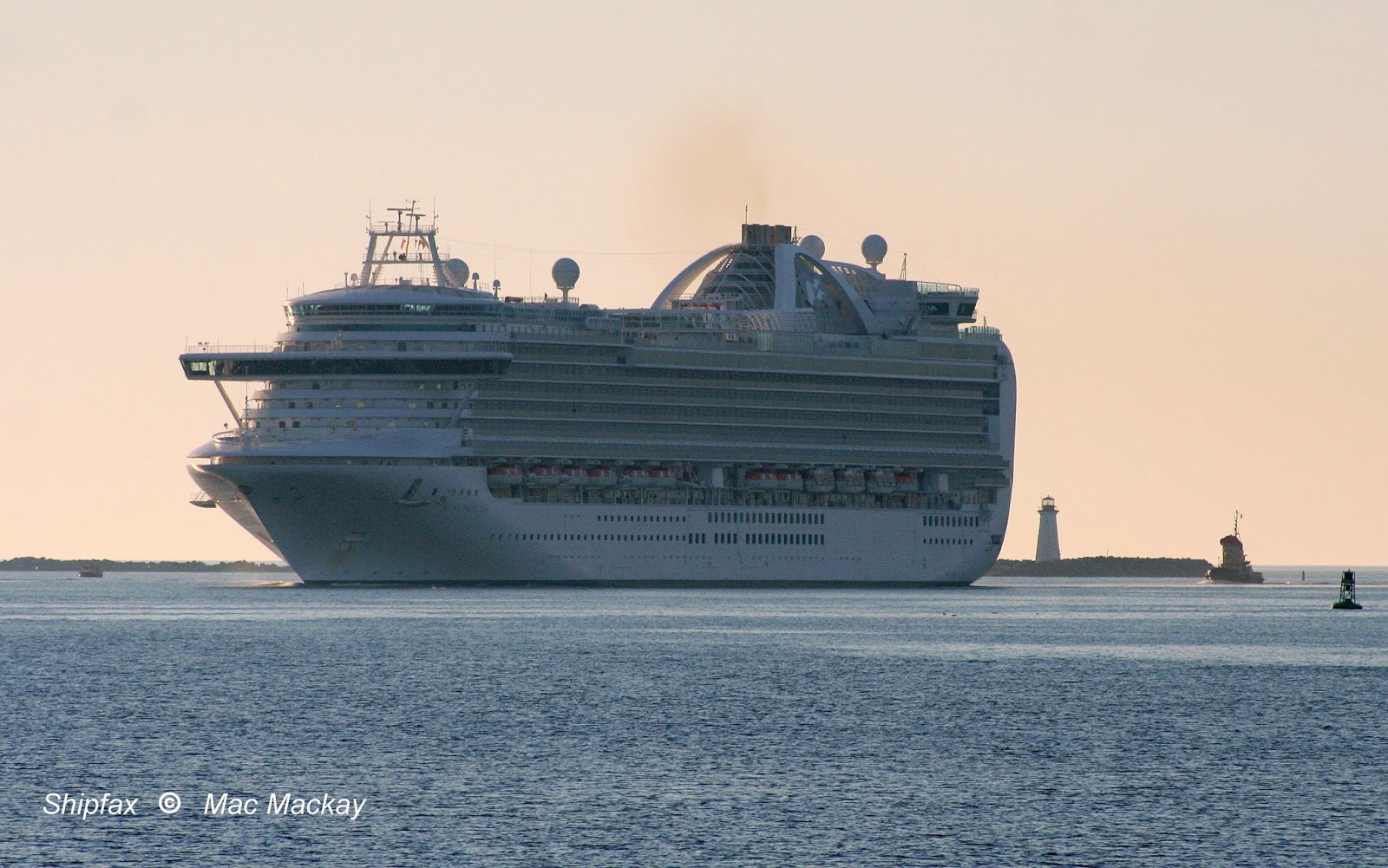 Under the watchful eye of Theodore Too, the Ruby Princess made its first appearance in Halifax this morning. Another product of Fincantiere's Monfalcone shipyard, the 1113,000+ grt ship has a capacity of 3,080 passengers and 1200 crew on 19 decks. Dating from 2008 it is one of Princess Cruise Line's "Grand" class, but modified, with the lounge just aft of the funnel.instead of hanging over the stern like a shopping cart handle. As Princess brings in new ships, it will be transferred next year to the Alaska route. 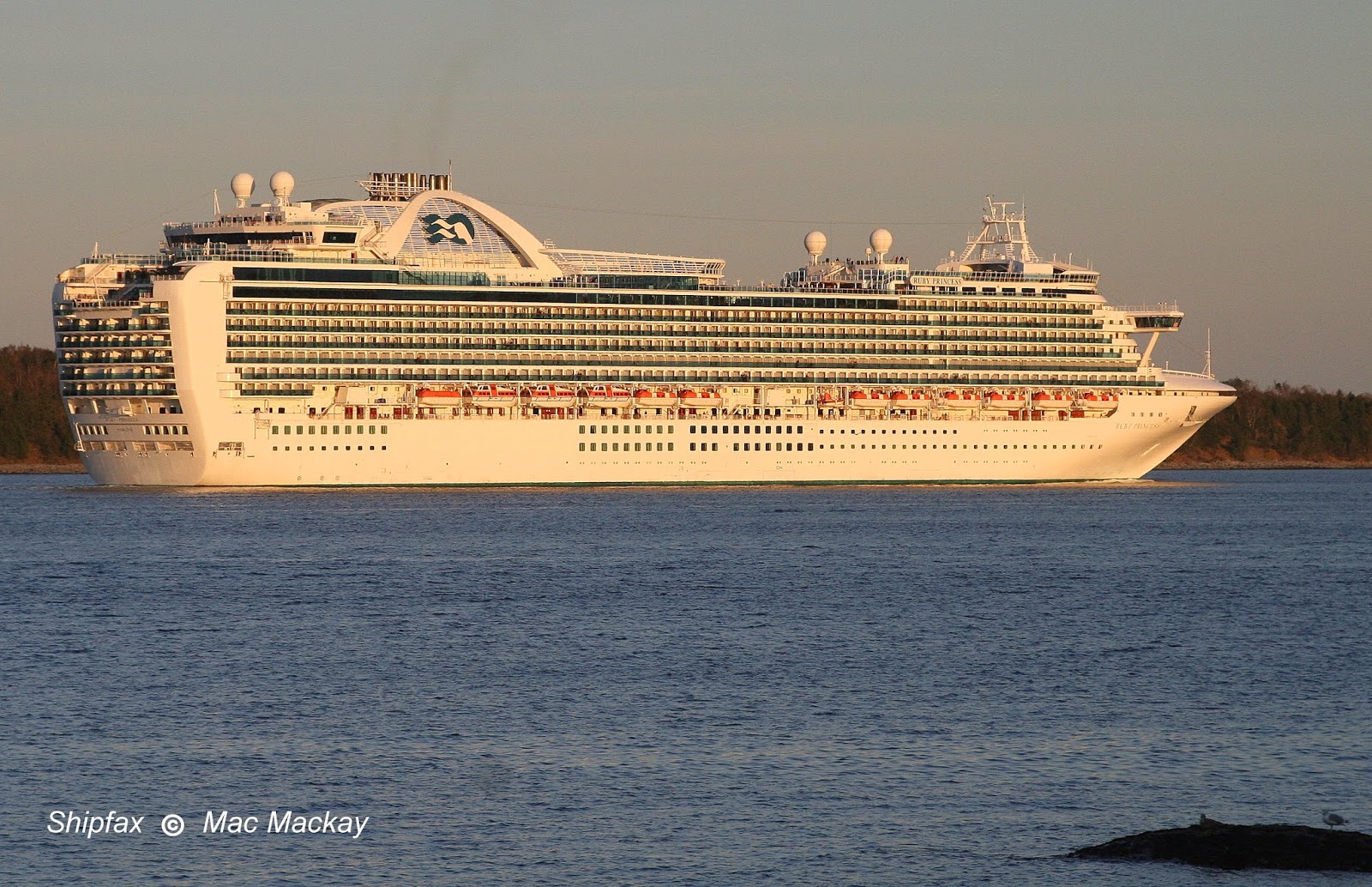 Outbound at sunset, the ship shows its abbreviated stern where the lounge would have been, had it not been moved.