The Panamanian flag tanker Challenge Paradise arrived in Halifax on September 17 and anchored in Bedford Basin. The next day it moved to Imperial Oil dock 3 and back to anchor on the 19th.
Yesterday her crew were hard at work painting a new name on the bow and a new port of registry on the stern, and the ship sailed today under the name Ridgebury Julia M, Marshal Islands flag. 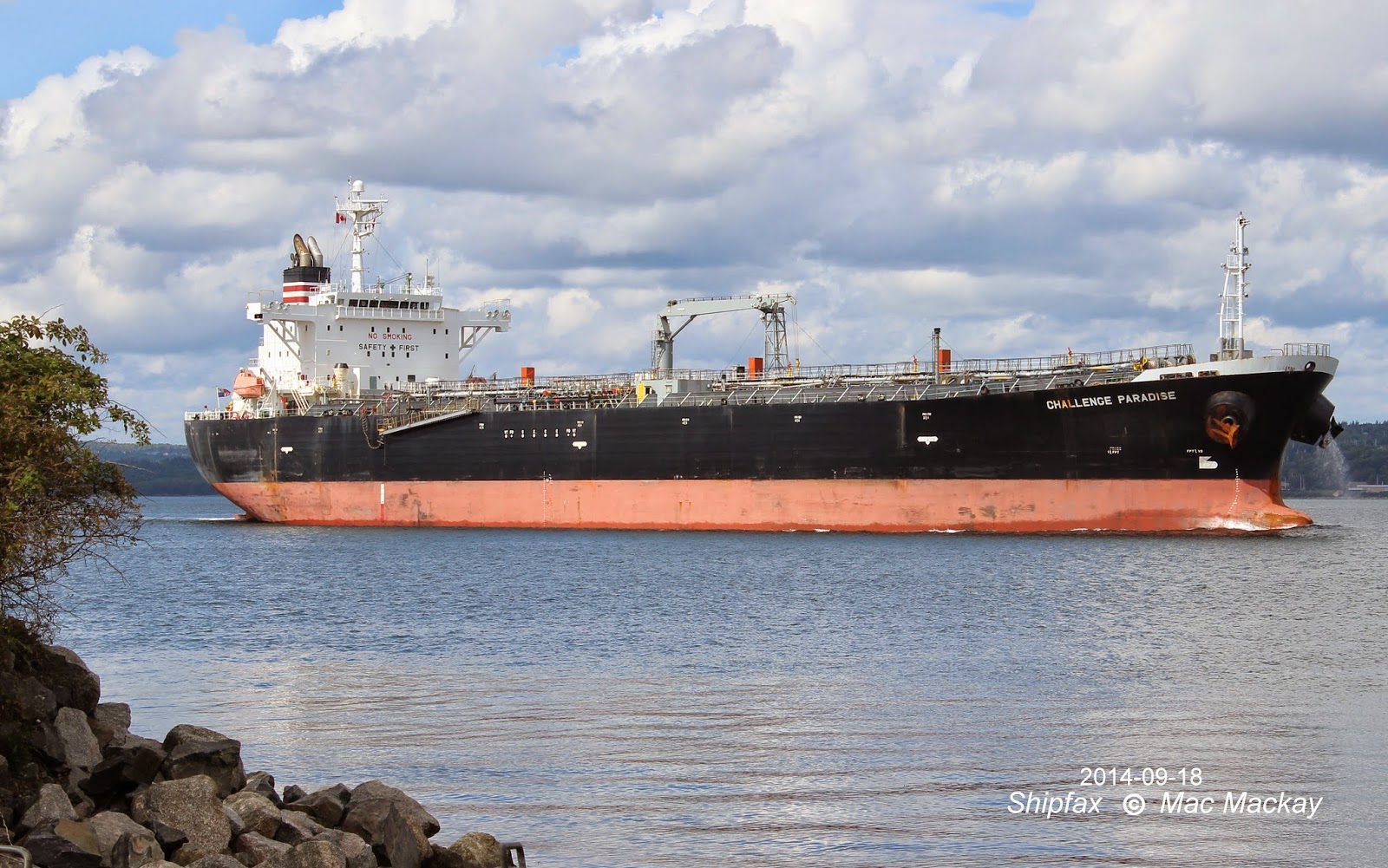 September 18: moving to Imperial Oil, likely to pump off slops. 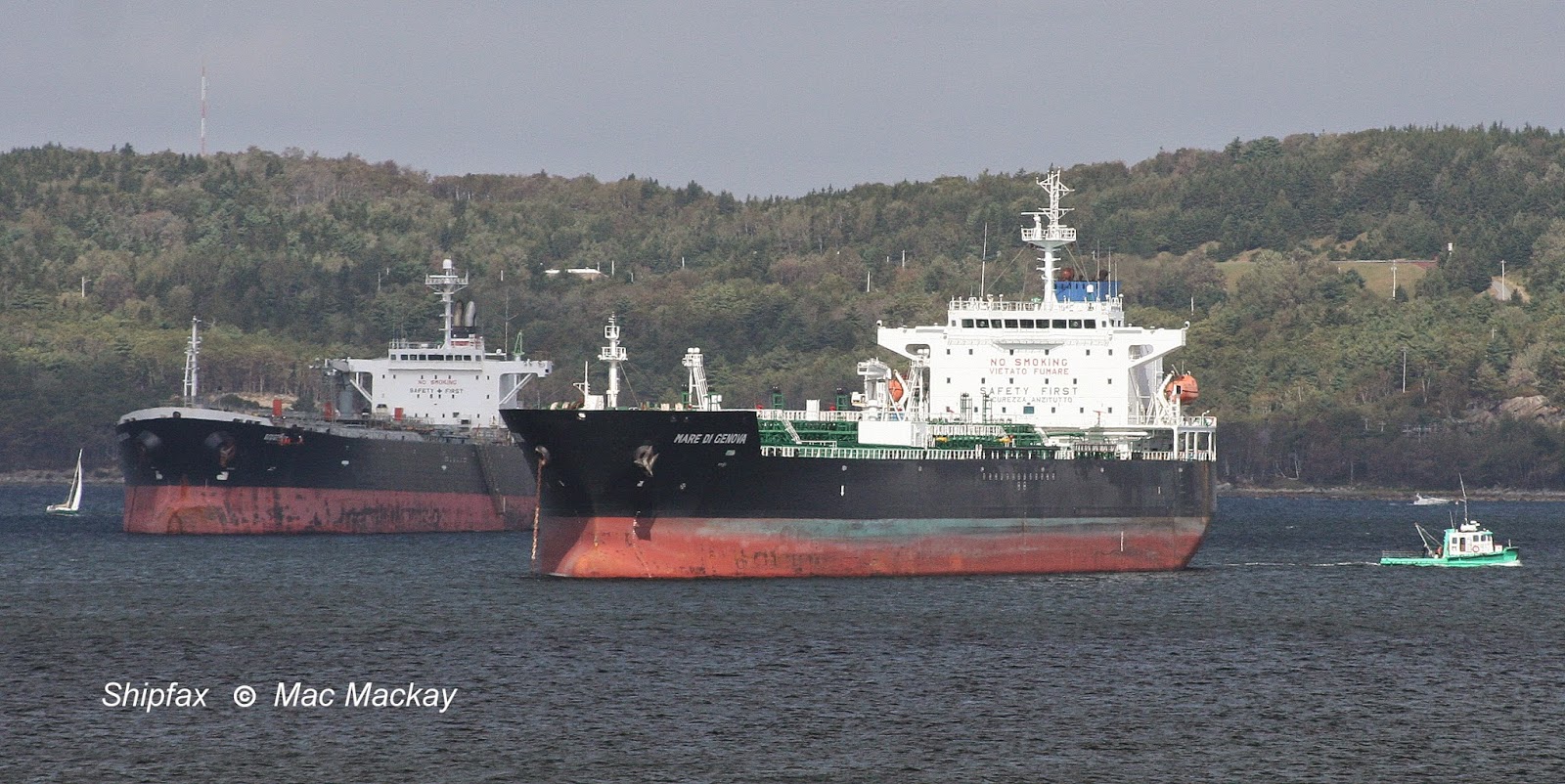 September 21: back at anchor in Bedford Basin (at left in photo) getting a new name. That is Mare Di Genova at right, having just anchored, and disembarked pilot to Halmar. 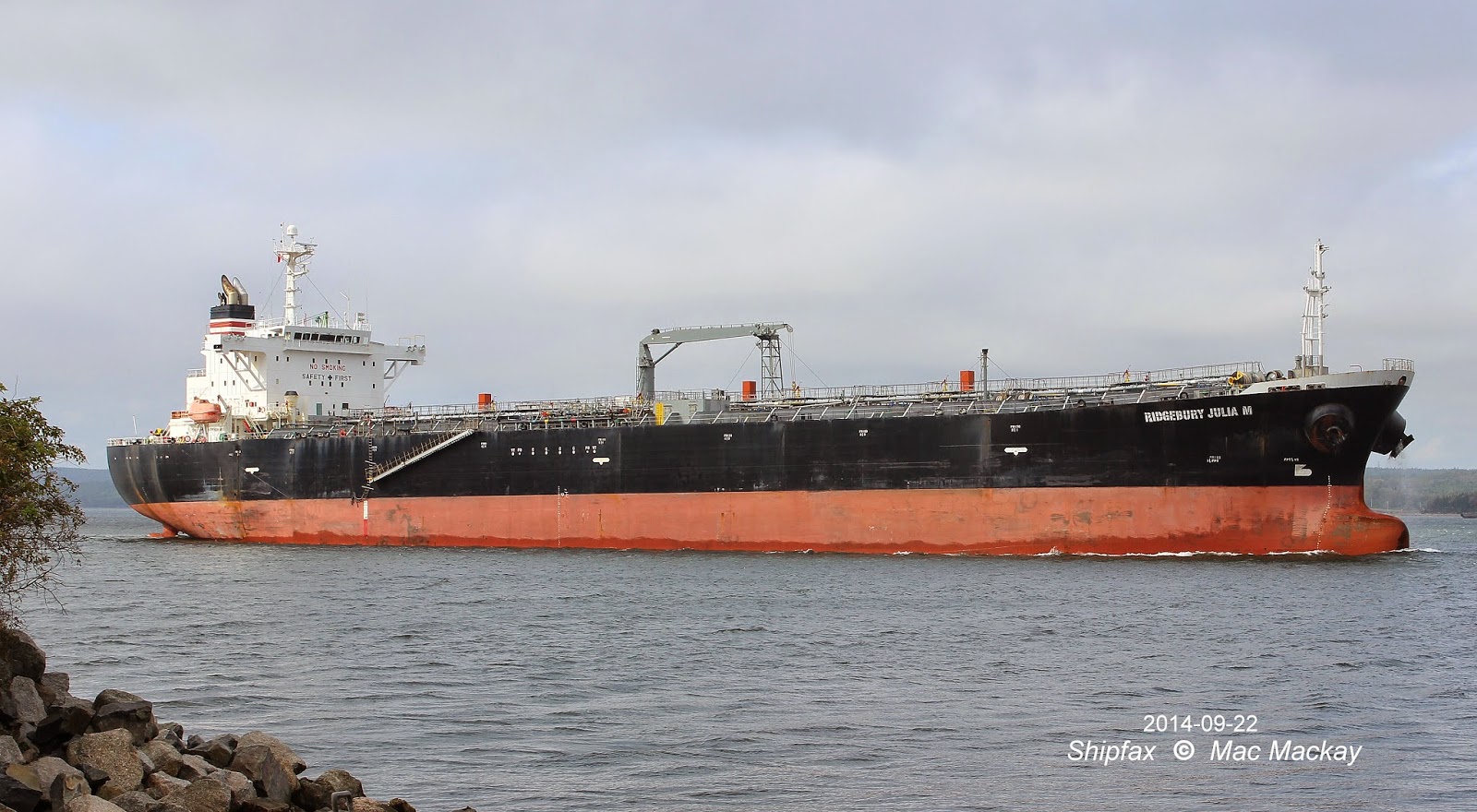