The name Augusta Kontor is a new one to Halifax, but the ship bearing it has been here before. In today at Fairview Cove for Hapag-Lloyd, the Marshal Island flagged ship is one of a number of spot charters that H-L has been using for the past several months. Coming off a previous charter in January this year the ship had been operating as Charlotte C. Rickmers since 2009, and was renamed Charlotte briefly before taking on its present name. 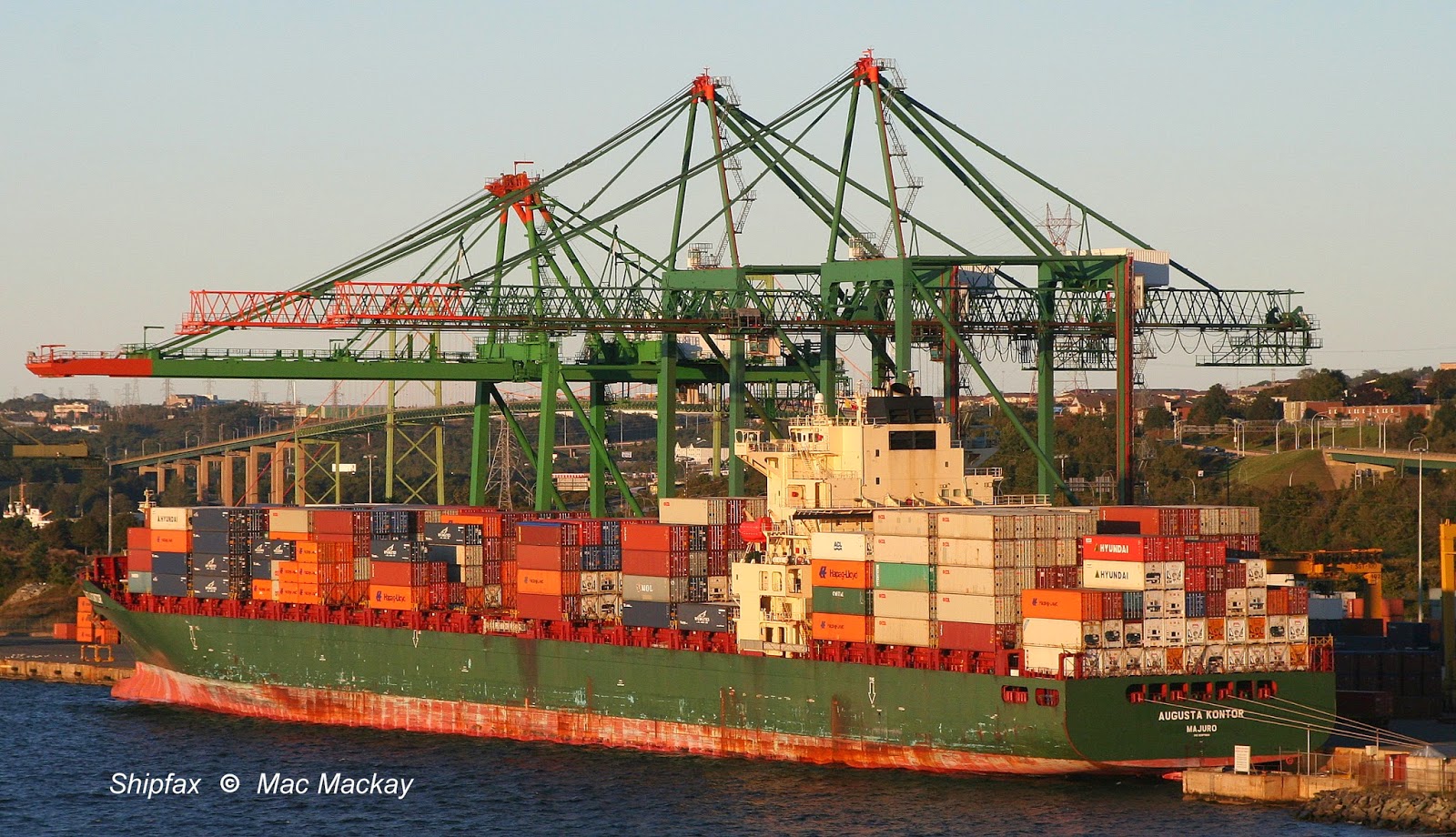 Built for Rickmers Reederei  GmbH + Cie KG of Hamburg, by Hanjin Heavy Industries of Busan, South Korea, it is one of a large series of similar panamax ships (six for Rickmers) of 54,214 grt and 5060 TEU (454 refrigerated). They were all for charter, and this particular ship served from new in 2004 to 2009 as Maersk Douala. It was under this name that it arrived in Halifax April 30, 2004. It was the first of thirteen calls by Maersk ships that year during the crab season. Maersk was not a regular caller in those days but the lucrative shellfish were enough inducement to add Halifax to its port rotation for a several months.
I was out of town for that visit, but  Ship-Pics was on scene: http://ship-pics.co.uk/npAUG08.htm
The ship was in full Maersk livery, and was still quite new and looking quite splendid. Its current paint job is not nearly so attractive, and far from spotless.