Another new to Halifax this year cruise ship is Seabourn Quest. I finally caught up with it today, on its third visit this season. 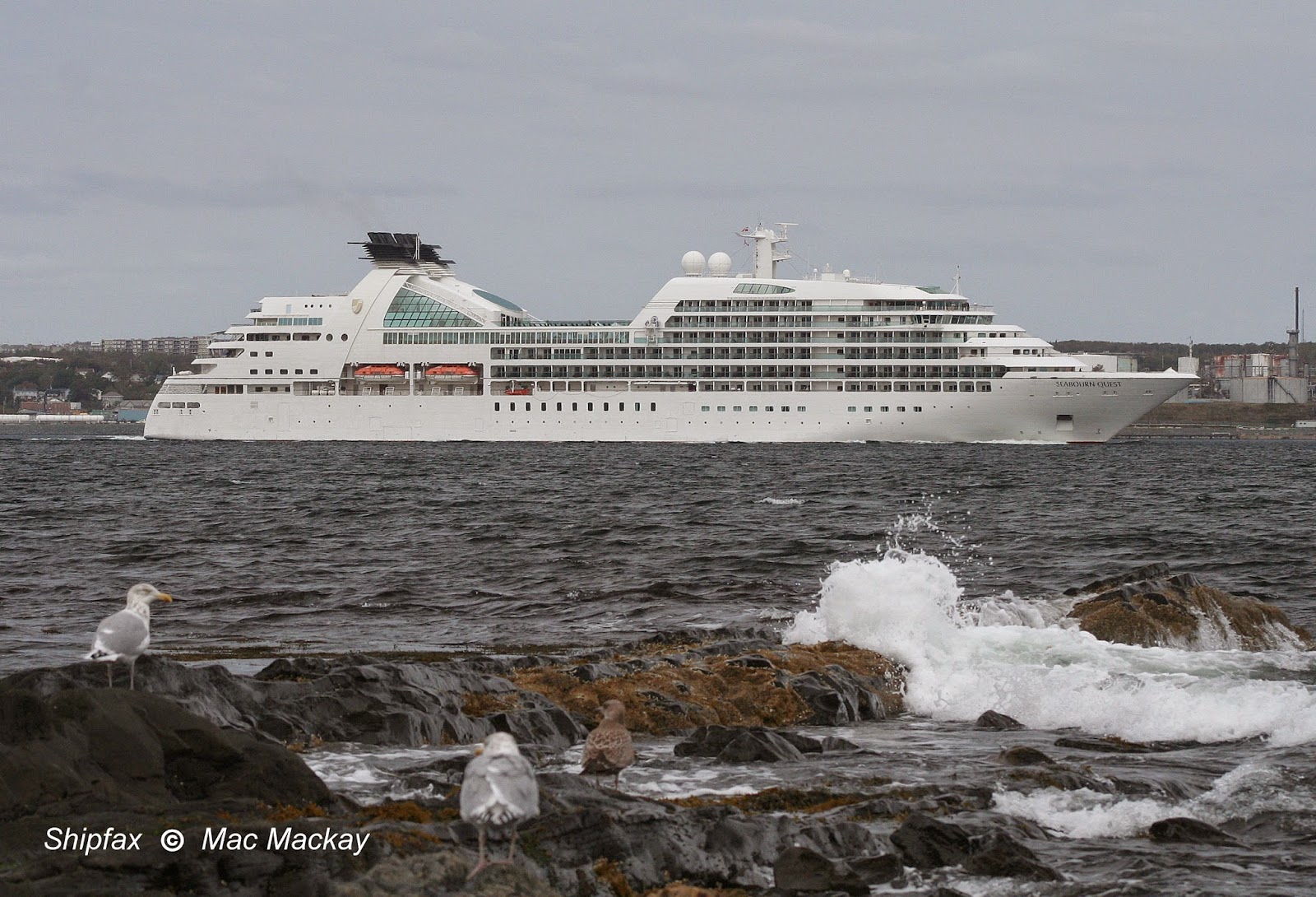 Built in 2011 it is the third in a series (Seabourn Sojourn of 2009 and Seabourn Odyssey of 2010 are the other two) from the T.Mariotti shipyard in Genoa, Italy. Seabourn's ships are yacht like in appearance (Mariotto is first and foremost a yacht builder) and compared to other cruise ships, of yacht like size too.
At 33,346 grt, it carries a mere 450 passengers, catered to by a crew of 335, in very luxe form. Despite this the ship was refitted in 2013 to better accommodate its fleet of Zodiacs for Antarctic cruises. Although the ship is not ice-rated (yikes!) it will venture forth into those regions, but will likely never be too far from help -one hopes.