Surf's up - cruisers down - UPDATED

High winds and driving rain swept over Halifax last night and early this morning, resulting in power outages on land, and high seas in the harbour approaches. 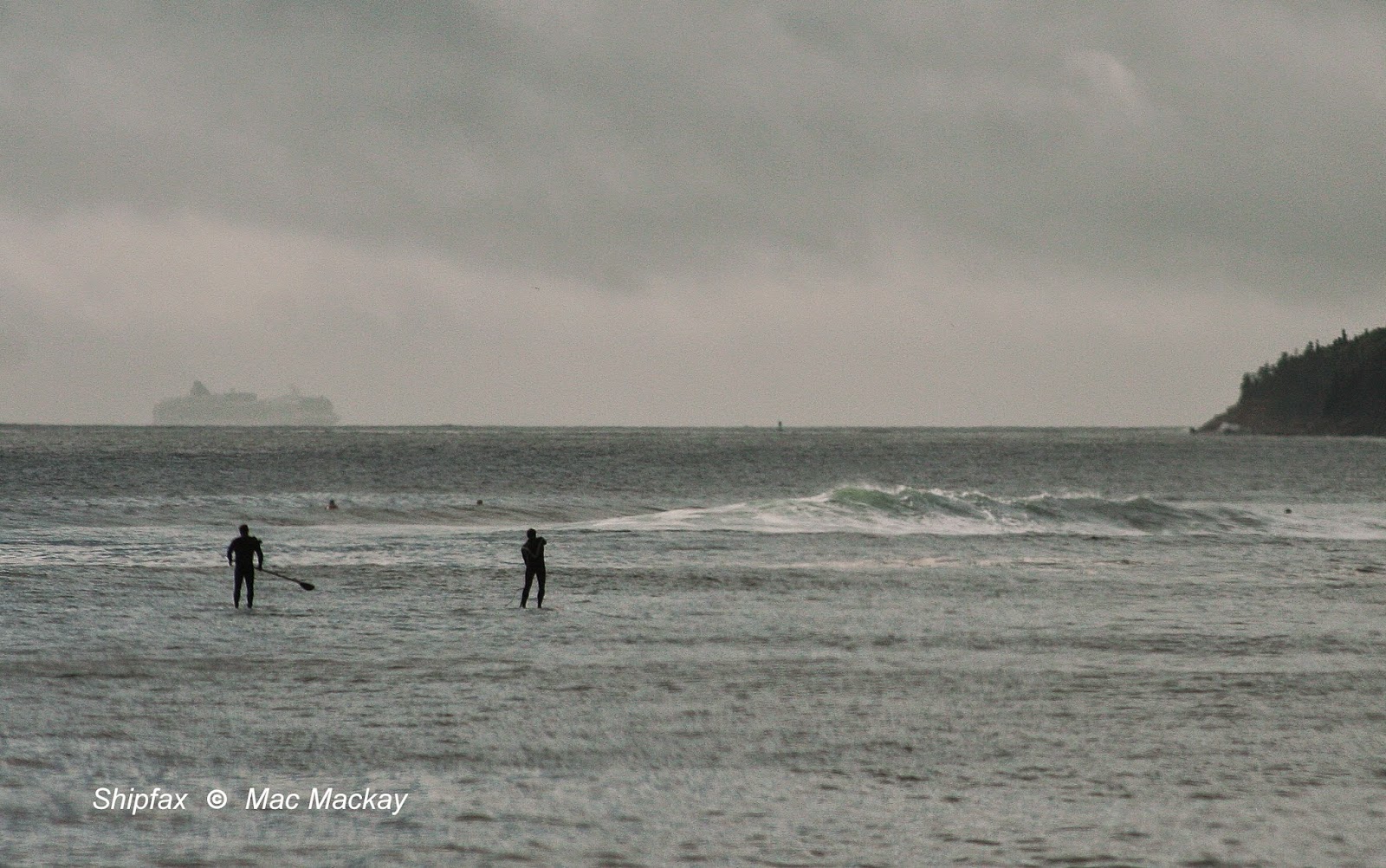 It was great for early morning surfers, but it meant that three cruise ships that were due at the pilot station for 0730, 0745 and 0830 loitered offshore until after 1000. By that time conditions had calmed down considerably, but it meant that two of the ships were not alongside until nearly noon. This would certainly cut into the passengers shore time.

Regatta creeping along past the deepwater piers to make its turn into pier 23.

Veendam came west and northabout George's Island. Interestingly it took the tug Atlantic Oak to assist with the turn. It is rare for cruise ships to take a tug, and in this case it wasn't due to weather since the wind had died down. Perhaps it has a faulty thruster or the small space left for it to squeeze into pier 20 astern of Norwegian Gem which was the first to tie up.

Update:
The scheduled 1630 departure of Norwegian Gem was put back to 1830. There was still a light salty spume in the otherwise cloudless air and surf pounding in on Point Pleasant as she made her way outbound. Thank goodness for stabilizers, because I think there would be quite a swell farther out. 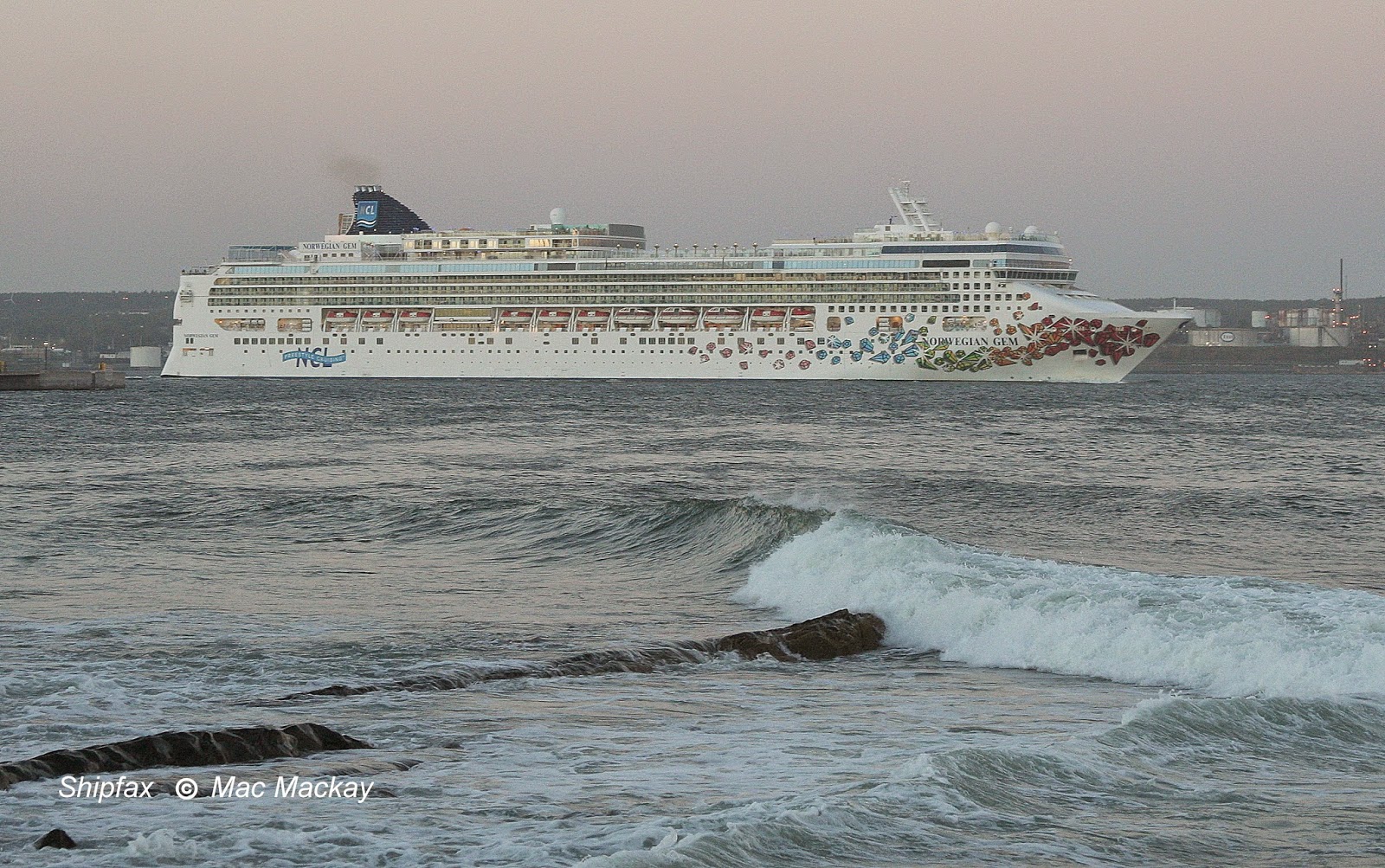 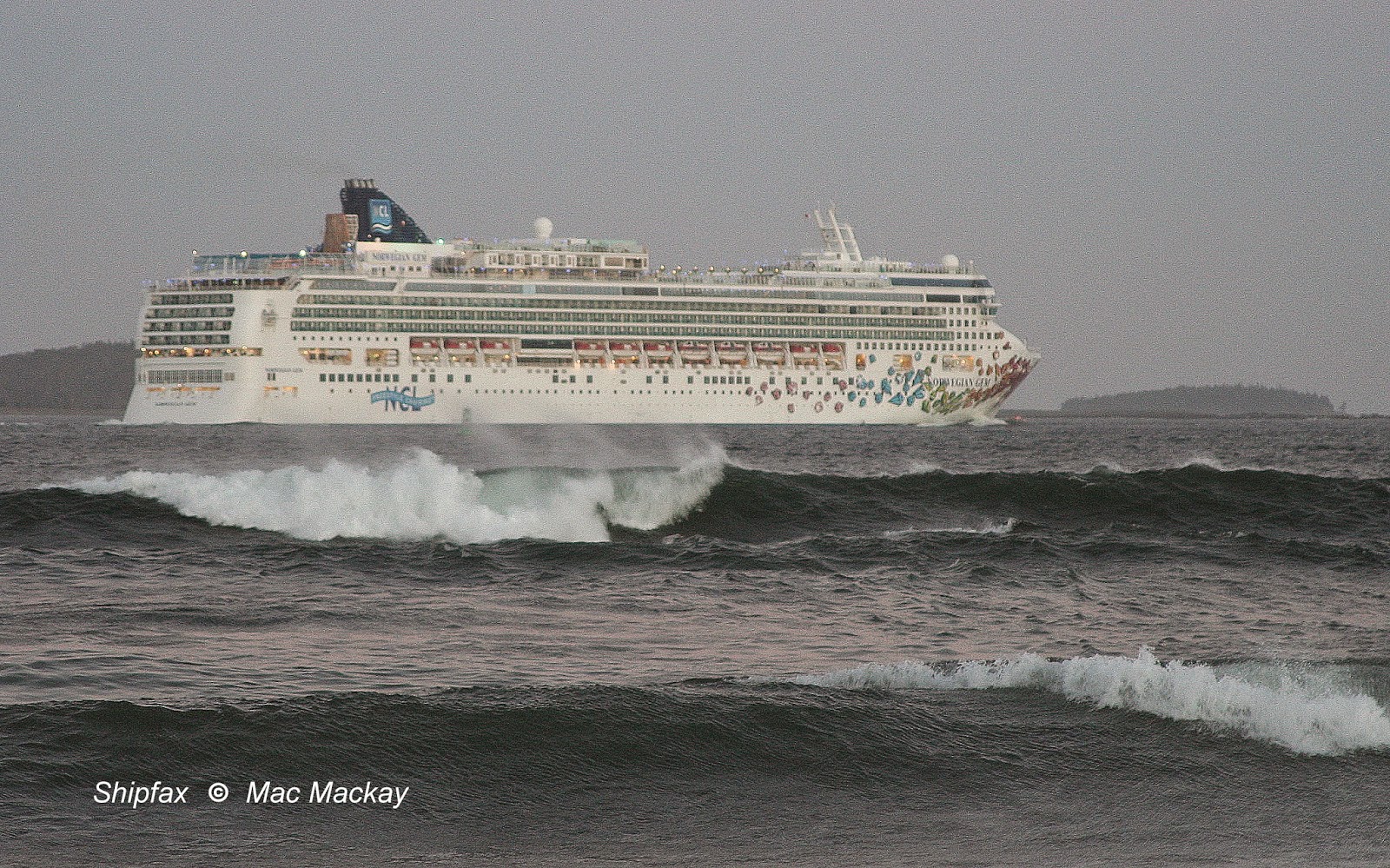 Veendam pushed its departure out to 1730, then opted to stay in port overnight and Regatta also remained in port. Both are due to sail at 0600 tomorrow.