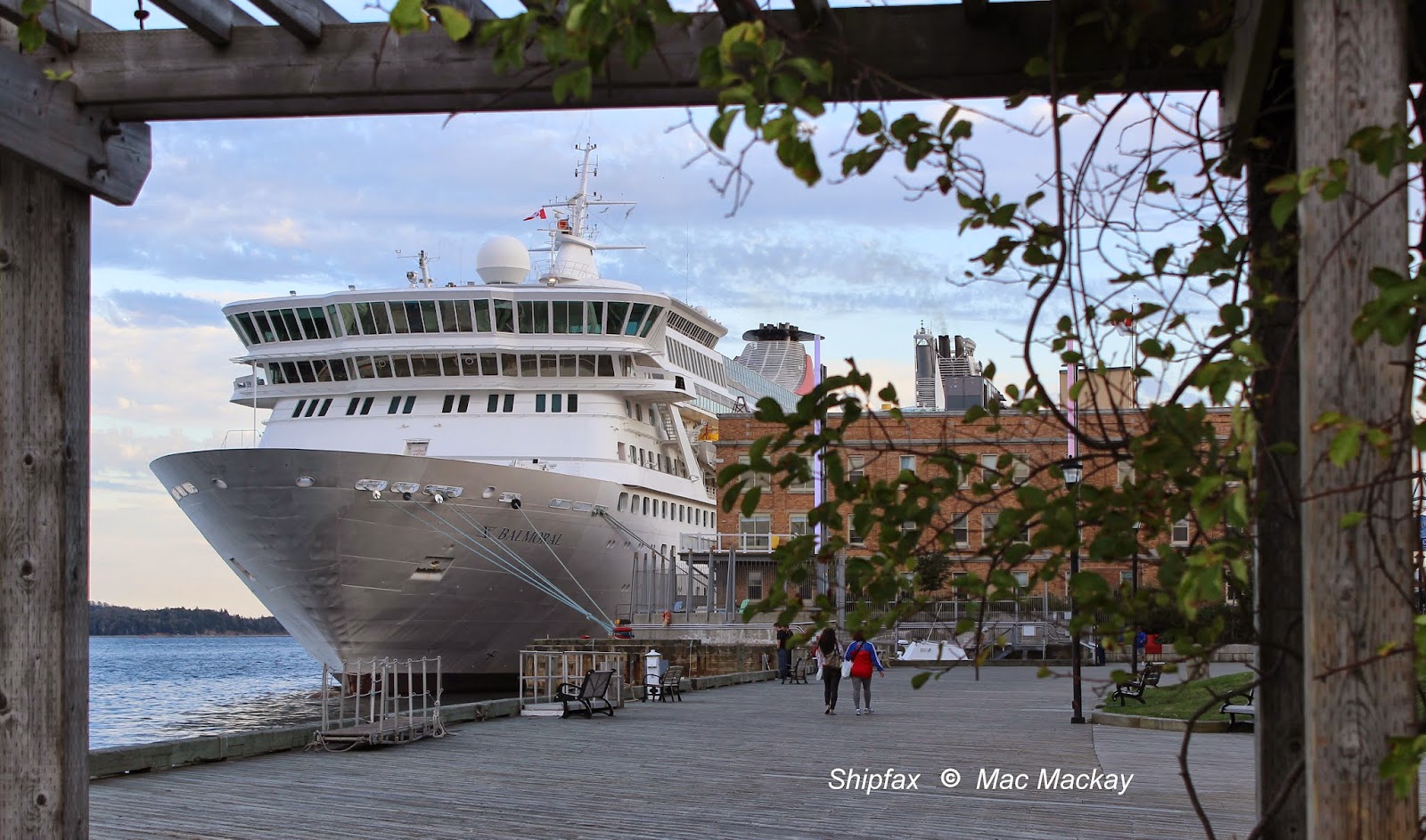 The overnight stop allows for crew time off and interesting passenger experiences. In 2012 the ship was doing a Titanic  commemoration cruise when in arrived April 16.

As a footnote to yesterday's post: If cabotage laws are removed in Canada, then cruise ships will be able to board and disembark its passengers in Canadian ports, without having to go into international waters or foreign ports between. A Montreal-Halifax cruise (a virtual impossibility until now, except on small specialist ships) might actually be offered by some lines.

Postscript: Halifax newspaper reports that Balmoral cancelled a visit to Shelburne, NS because a pilot was not available. Shelburne is a non-compulsory pilotage port, so the use of a pilot is at the discretion of the master. The master determined that he required a pilot, but since local organizers/agents had not arranged for a pilot in advance, none was available on short notice.
Licensed pilots generally work full time for the Atlantic Pilotage Authority and must arrange for non-compulsory pilotages on their own time off or take vacation days.