A trip to the south shore of Nova Scotia always turns up some interesting shipping activity. This weekend was no exception.

In Bridgewater the beautiful little Gaspé trawler Line-Guy was tied up at the public wharf. 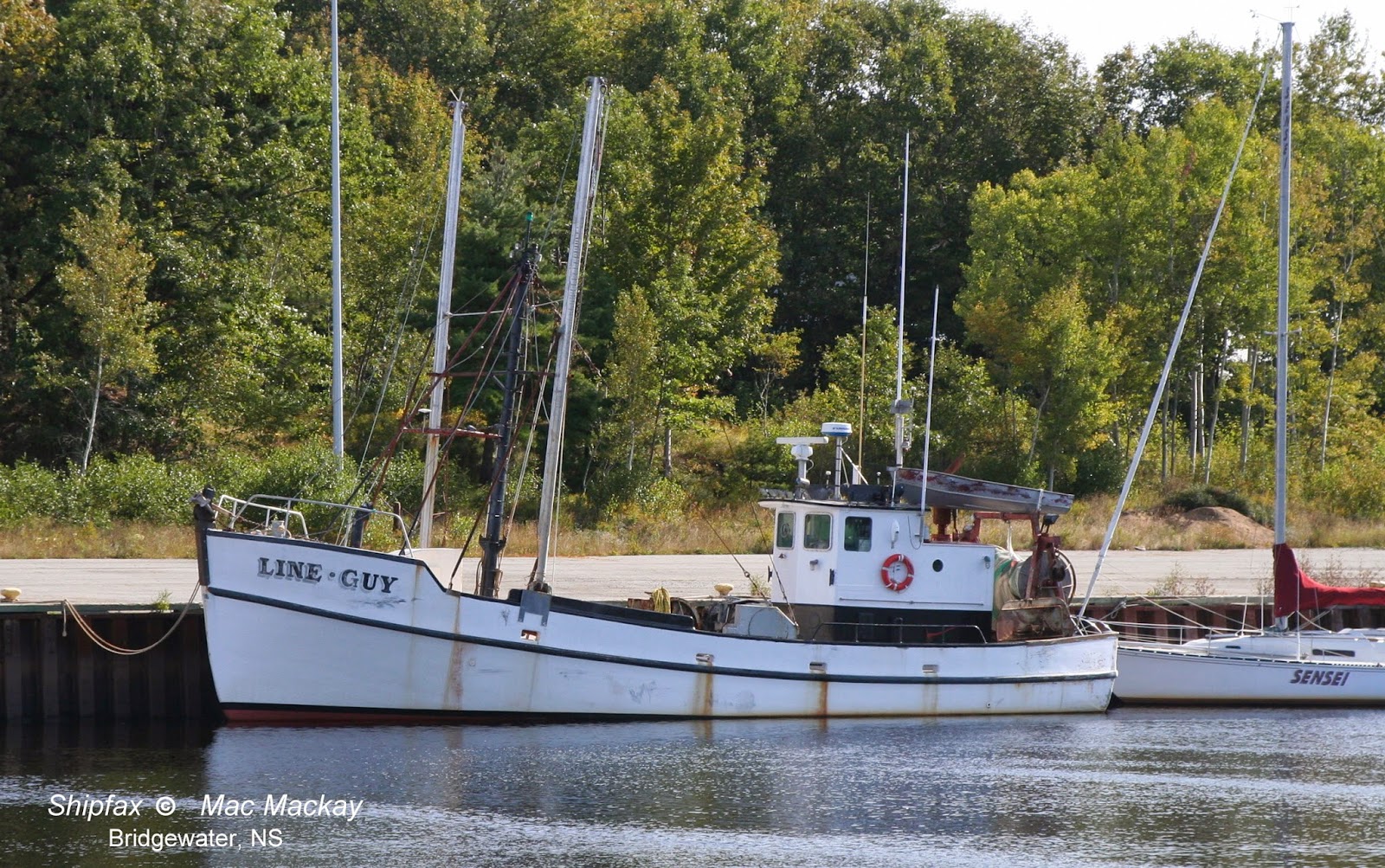 Built by Chantier maritime de Gaspé in 1978 as Cap Blanc it has fished out of Caraquet for many years as Line-Guy. It is now owned in Pleasantville, Lunenburg County, and has found its home in fresh water up the La Have River. It is fitted with its paravanes for stability at sea, and is still carrying its trawl gear.

In nearby Lunenburg, the veteran former National Sea Products trawler Cape Race is back for a visit. 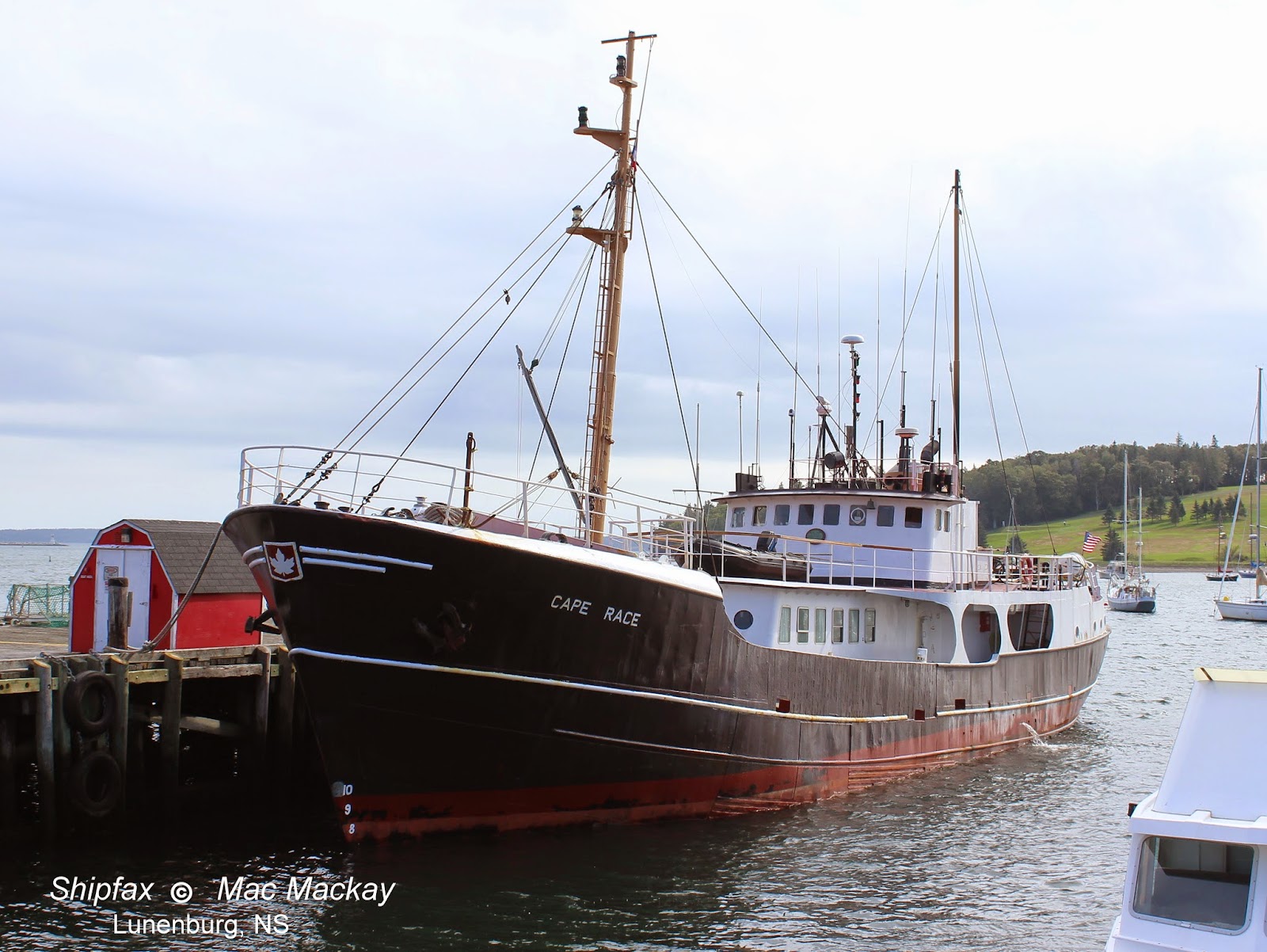 It was built for NatSea by George T. Davie + Sons in Lauzon, QC in 1963. It arrived in Lunenburg September 7 of that year and fished out of Louisbourg for most of its career. It was then converted to scallop dragging, which spoiled its looks somewhat, and transferred to Lunenburg. National Sea sold its fleet en bloc to Clearwater, which company ran her for a few more years. 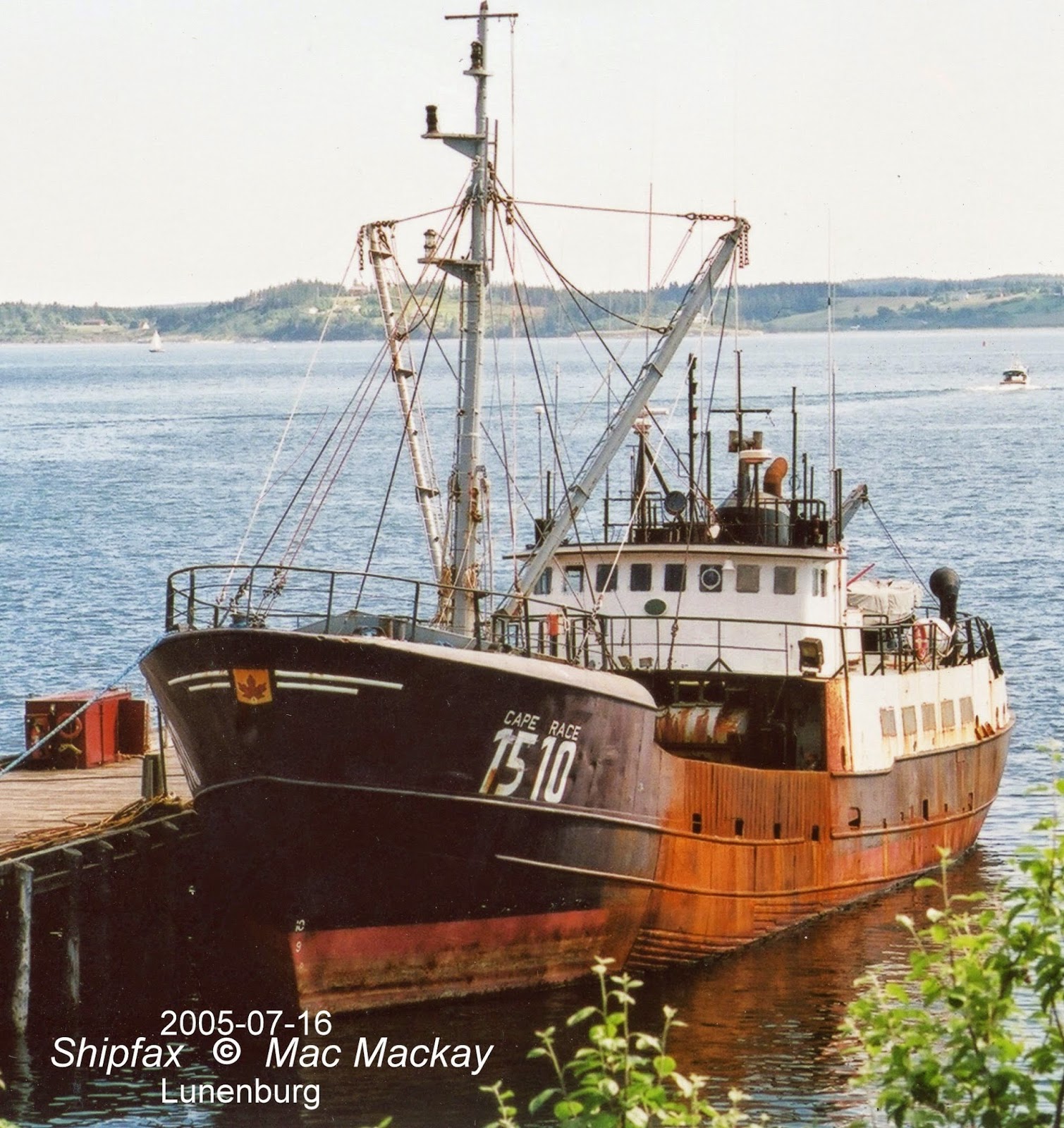 During conversion for scallop dragging her side alleys were enclosed for shucking tables, and twin booms were rigged for the drags.

Its Canadian registry was closed 2005-09-02 and it was then converted as an expedition yacht, with a great deal of money lavished on its interior fittings for 12 passengers in 6 staterooms, and a salon on deck. It also received a Cat 3512 main engine, replacing its original KHD.  Somewhat less was spent on its exterior appearance, leaving some rough looking work, but retaining much of its original look.
Trawlers did not usually ship anchors in hawse pipe forward. There was too much risk of them damaging the hull in seas, or snagging trawl wires, but in her new guise, she now has port and starboard anchors. Her side alleys were re-opened, but the awkward looking remnants could stand to trimmed up a bit! 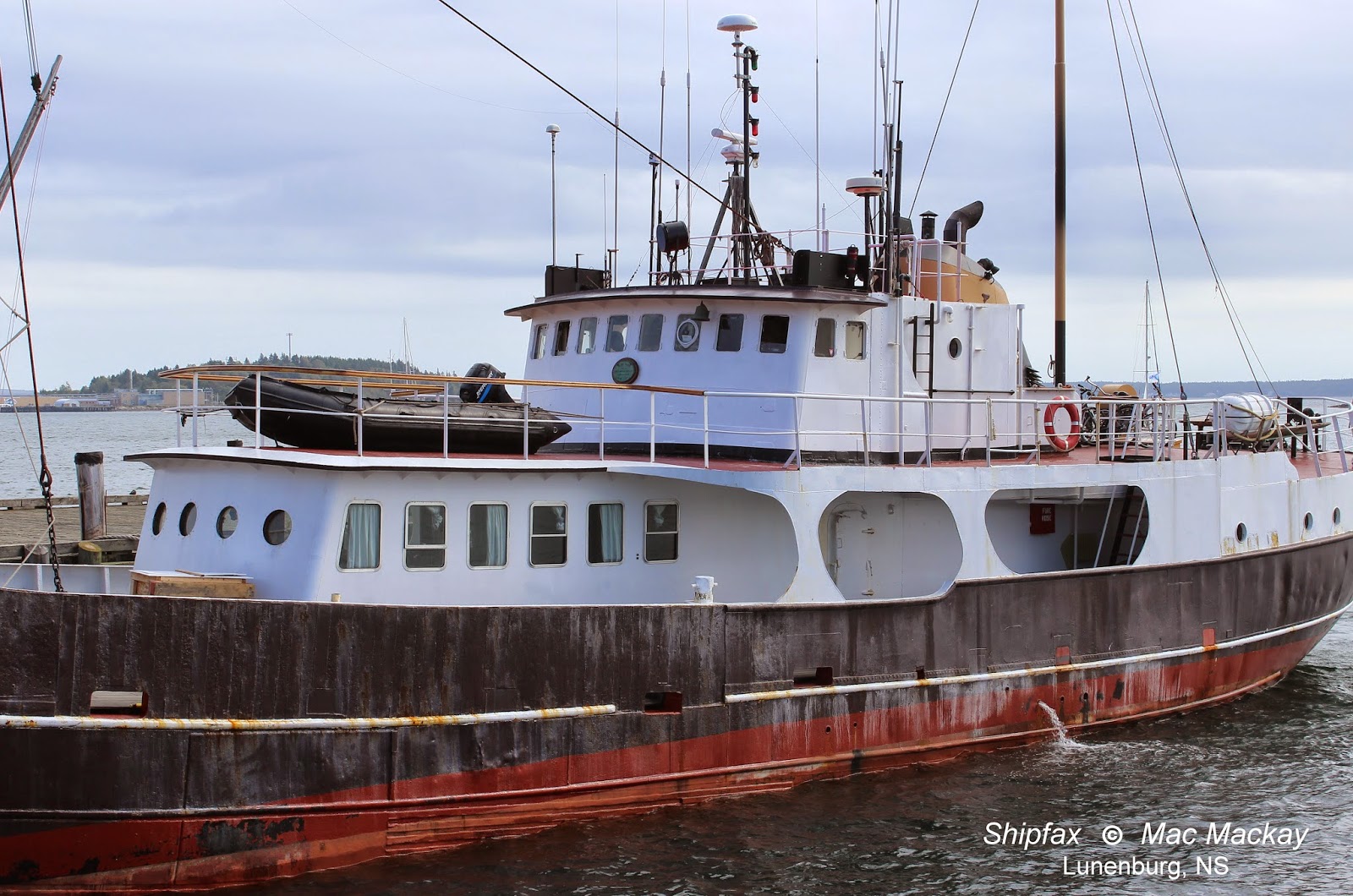 Now flying the United States flag, Cape Race is owned by something called 'Drifting Society Inc' of New York. In 2013 she made a trip north to Greenland and Baffin Island, and may have done the same this year.

There are several web sites (with questionable information about her history*) that show the interior fit up and have videos of her past and present. There is also a sketch of her rigged for sail. I suppose that is good advertising for an expedition yacht.

* among the clangers I noted:
- she was built British - an old Lloyd's Register convention, where every ship in the British Commonwealth was considered British (by the British). She was most certainly built Canadian, and was christened at Lauzon by Mrs. Ron Smith along with Cape Aspy on May 25, 1963. Cape Mira was launched on the same weekend, sponsored by her daughter Judith.
- she was the first steel trawler- She was the first all steel trawler built in Canada for National Sea Products. They had many UK and several Dutch built steel trawlers before these ones were delivered. And there had been all steel Canadian trawlers dating back to the early 1900s.

There may be other errors too, so don't believe everything you read - except of course on Shipfax.