There was quite a bit of activity in the harbour for a change on a Saturday - here is a roundup:

More tankers arriving and departing, which now seems to be a pretty typical Halifax activity after Imperial Oil ceased refining about a year ago. According to newspaper reports Imperial has started to the dismantling process, which may take several years. The first step was to remove residue from pipes and systems, and this may not be completed yet.  Presumably some of that material will be sent away on tankers for processing by other refineries.
Meanwhile new product continues to come in from the US. Most comes from Houston, but the New York and New Orleans areas are also sources. Imperial will maintain its tank storage and distribution capacity after the refinery portion is dismantled.

An early morning arrival was Seto Express, which anchored in the lower harbour until late morning. 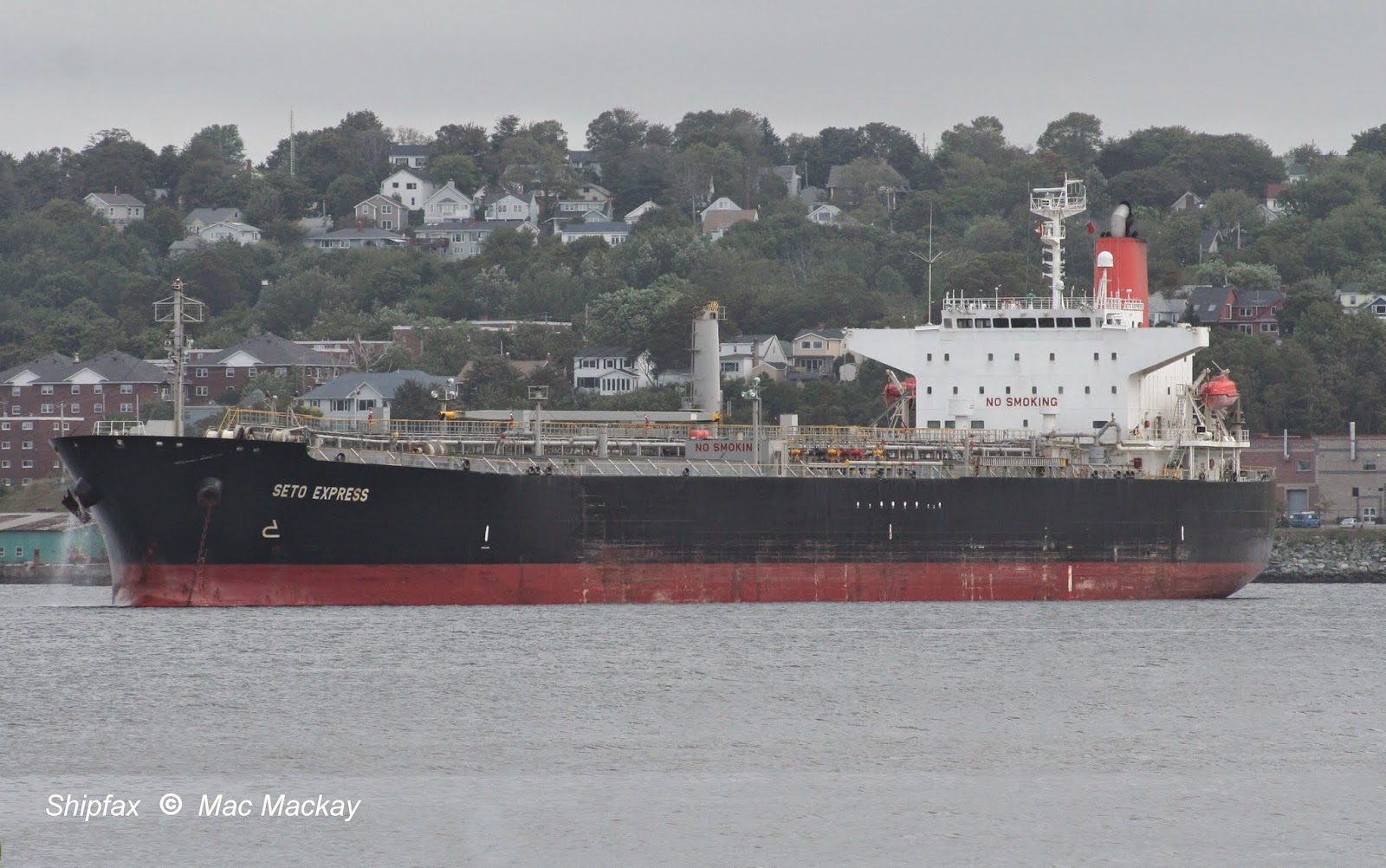 In many ways a typical handysize tanker of 28,799 grt, 47,999 dwt,  it was however built by Iwagi Shipbuilding in the never-heard-of port of Kamijima, Japan. Shoei Kisen ownes the ship, but it is managed by Thome Shipmanagement of Singapore under the Panama flag.
It did not remain at anchor long, moving to Imperial Oil late morning on departure of Neveska Lady (see Halifax Shipping News) for a photo of her.) 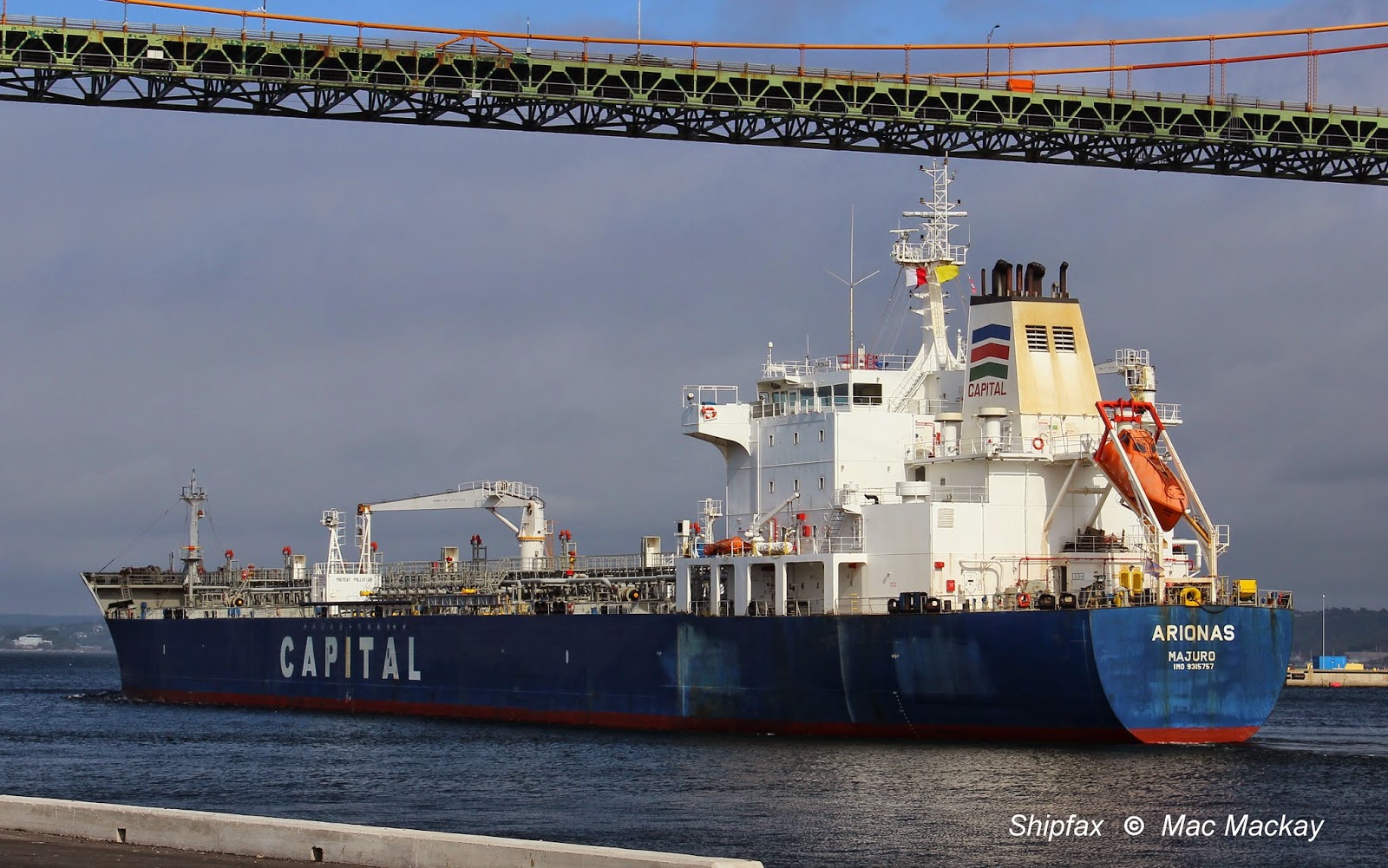 Arionas is a really typical handy-size, built by Hyundai Mipo, Ulsan in 2006 at 23,270 grt, 37,627 dwt. It flies the Marshal Islands flag for Capital Ship Management of Athens. It headed to Bedford Basin to anchor where it joined another typical handy-sizer. 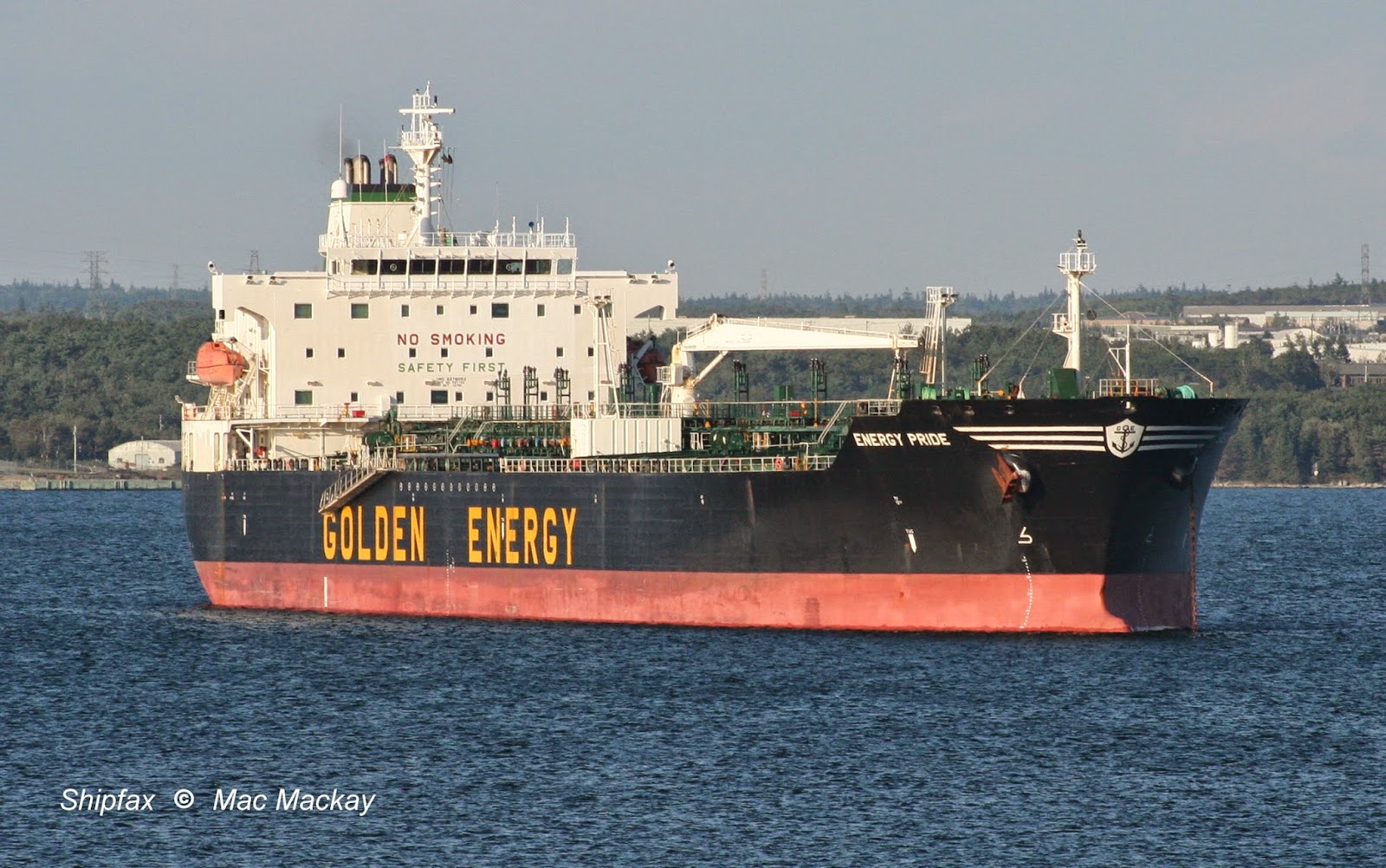 Energy Pride arrived September 3 and has been idle since. Also Korean-built, it came from STX Shipbuilding of Pusan in 2004. At 30,095 grt and 51,319 dwt it is slightly over the 50,000 dwt figure usually quoted as the upward size limit for handys.

There was also container ship activity today, with APL Agate at Ceres and Maersk Pembroke and Zim Luanda at Halterm. Also calling at Ceres (Fairview Cove) was a fill-in for Atlantic Container Line. On its eastbound leg, Em Itaki  was in port last week westbound.  An odd choice for ACL, since it has no RoRo capability, it may be a one trip spot charter only. I noted that Atlantic Cartier came out of drydock in Le Havre August 24 (and is due here tomorrow) so it may only be covering for that one ship. 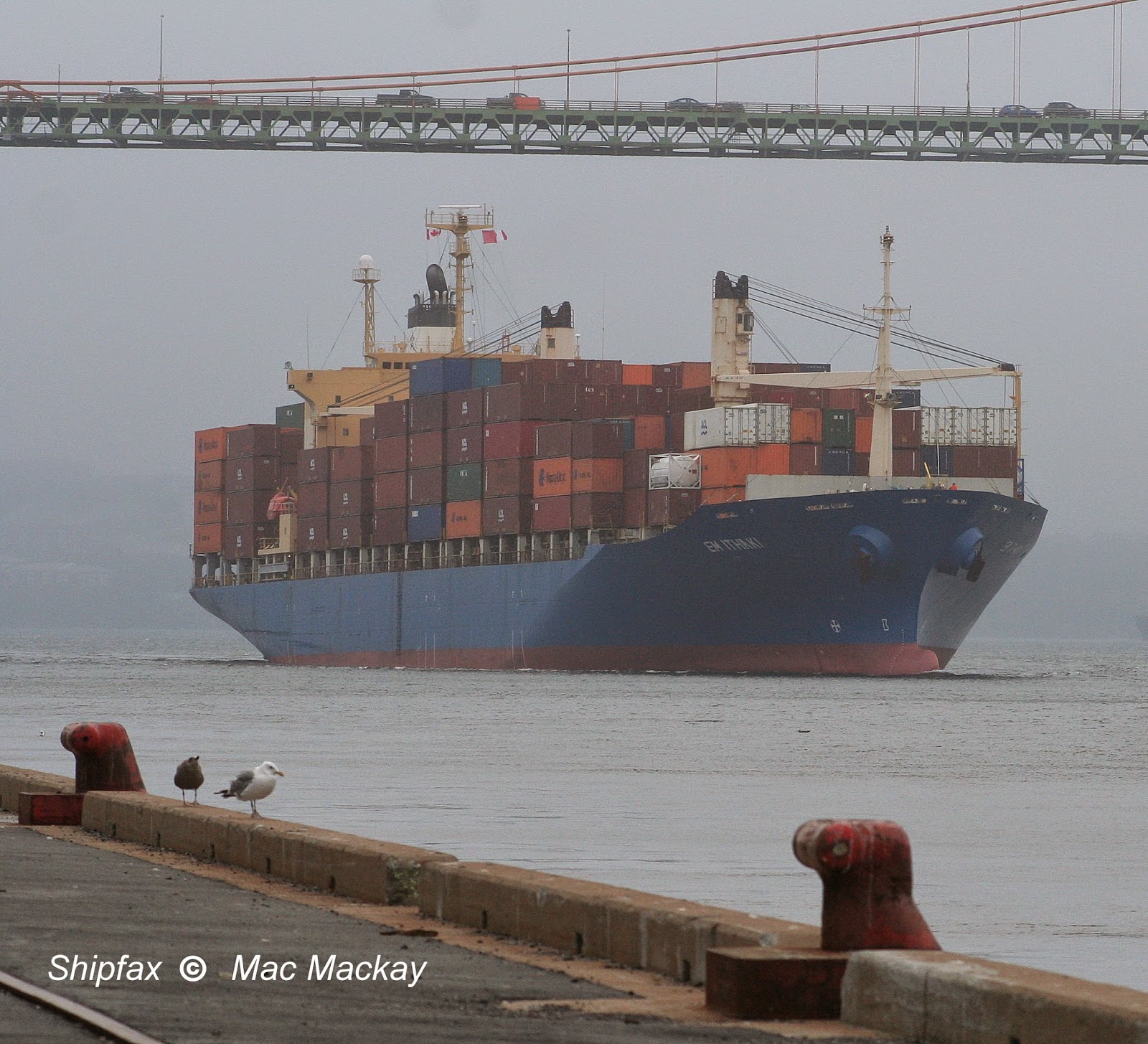 Built in 1999 by Minaminippon Shipbuilding in Usuki, Japan, the 2135 TEU ship carries two 40 tonne cranes. Some of those boxes were stacked five high amidships, severely limiting the view forward from the bridge. Despite the large load, the ship does not appear to be deeply laden. Perhaps it was chosen to get a backlog of empties back to Europe. The 25,497 grt, 28,917 dwt ship was built as Santos Challenger, becoming MOL Volta in 2001. It assuemd its present name in 2012 and is also recently out of drydock. 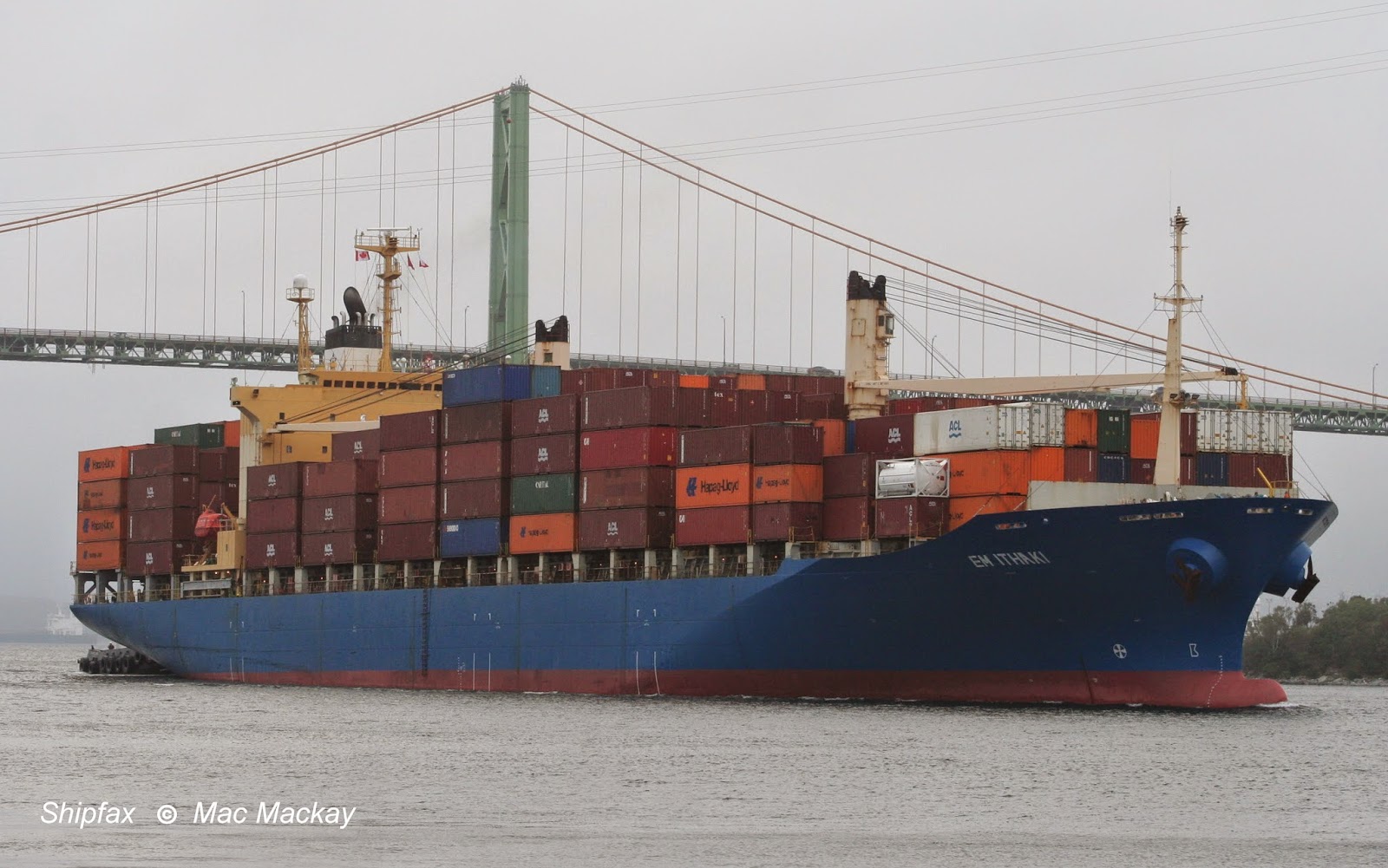 Perhaps because of that limited visibility, it took the tug Atlantic Larch as a closely tethered escort through the Narrows.Usually escort tugs have some scope on their line, but Larch was nosed right up. 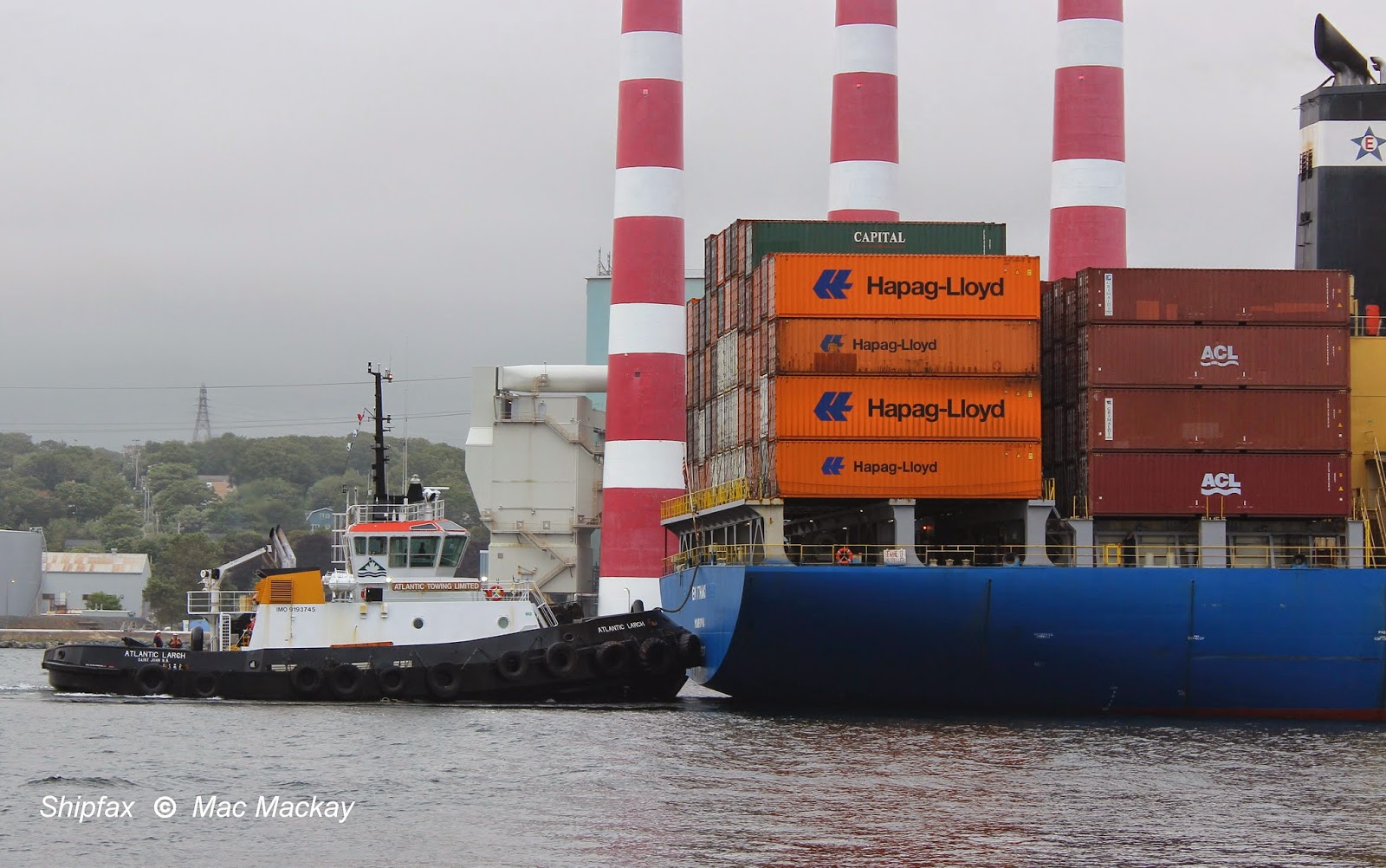 The "E" on the ship's funnel stands for Eurobulk, its Athens-based owners. However the ship is registered in Monrovia, Liberia.