HMCS St.John's from the graving dock

Tugs moved HMCS St.John's from the graving dock to the Machine Shop wharf at Halifax Shipyard this morning. 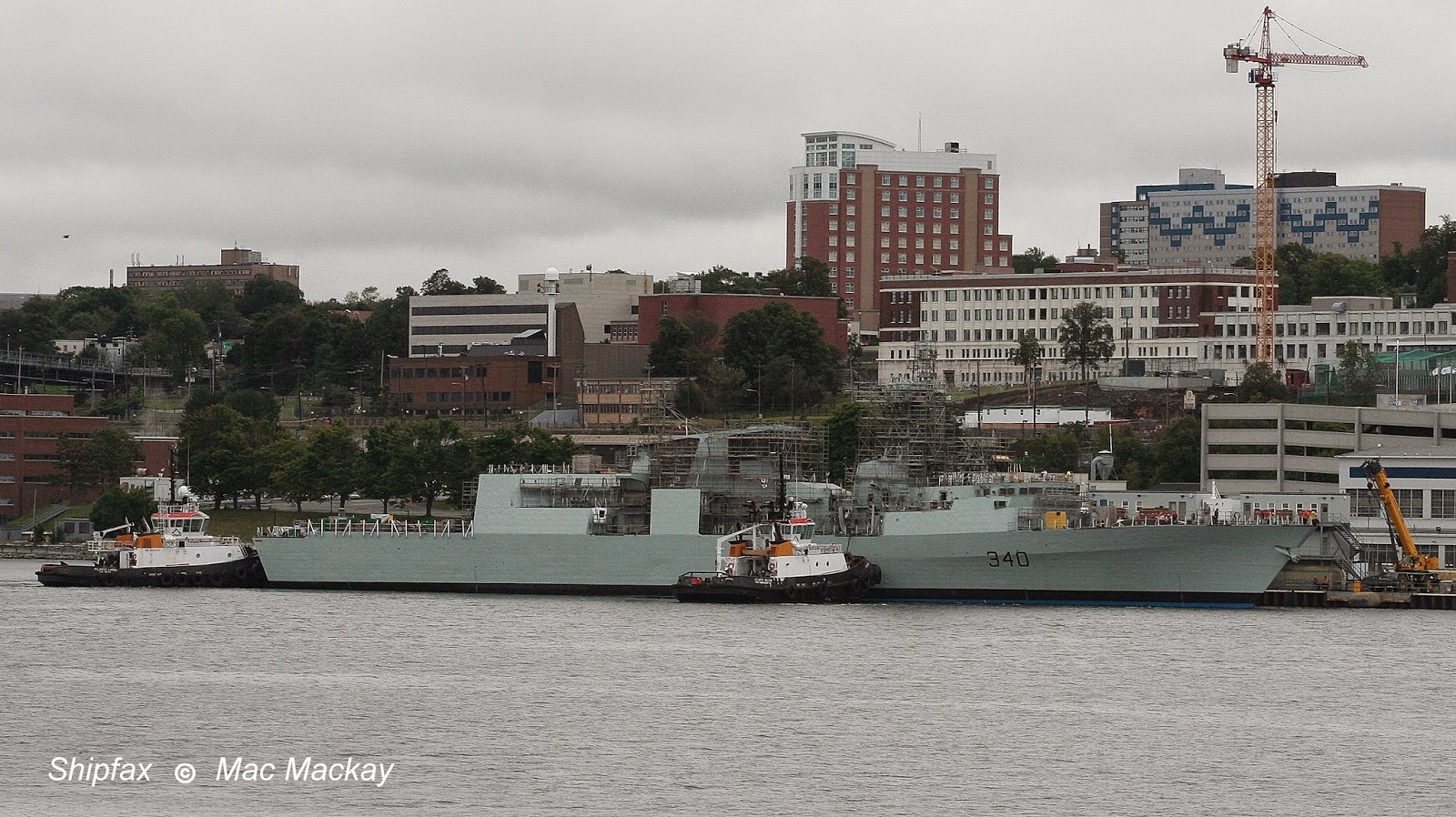 Her upper works still shrouded with scaffolding, the grey ship emerged from the first phase of her FELEX upgrade program on a grey day. The first part of the upgrade is done in the graving dock, the second stage alongside the shipyard and the third in HMC Dockyard itself. The process is about 19 months in duraton.
HMCS St.John's is the fifth east coast ship into the FELEX program  - Halifax, Fredericton, Montreal, and Charlottetown preceded. If  the schedule I have is correct, HMCS Ville de Québec will be next followed by Toronto.