Christened to much fanfare by HRH the Duchess of Cambridge at Southampton, UK, June 13, 2013, Princess Cruise Line's Royal Princess made an unusual late afternoon arrival in Halifax today. 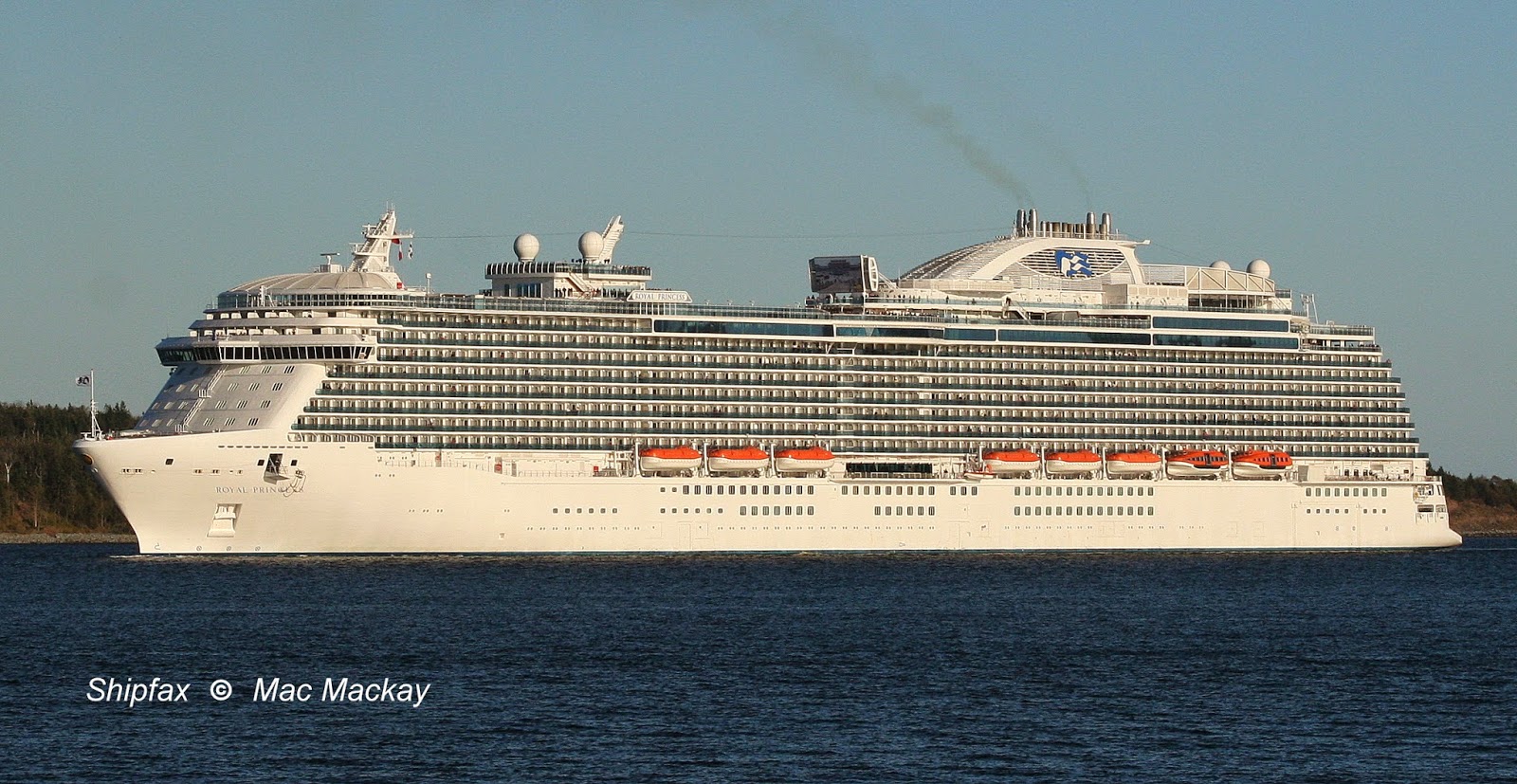 Both ships are part of the Carnival plc family, but operating under different brands. Princess Cruise Lines for the Royal Princess and Cunard for the Queen Mary 2.

The quest for ever larger cruise ships shows no sign of letting up, with Carnival building two sisters, to be named Regal Princess and Britannia - but they are far from the largest ships contemplated.