Seismic done - for this year

According to press reports, BP has completed it seismic exploration work for this year Starting in April, BP has been working almost without cease, south of Sable Island. To maximize sea days for the seismic ships, supply and picket boats worked out of Halifax to support the work.
The standby/supplier/support vessel Mainport Pine has been tied up in Halifax for several days now, since its extended coasting license expired September 15. Its work is now done and will wait for the next assignment. 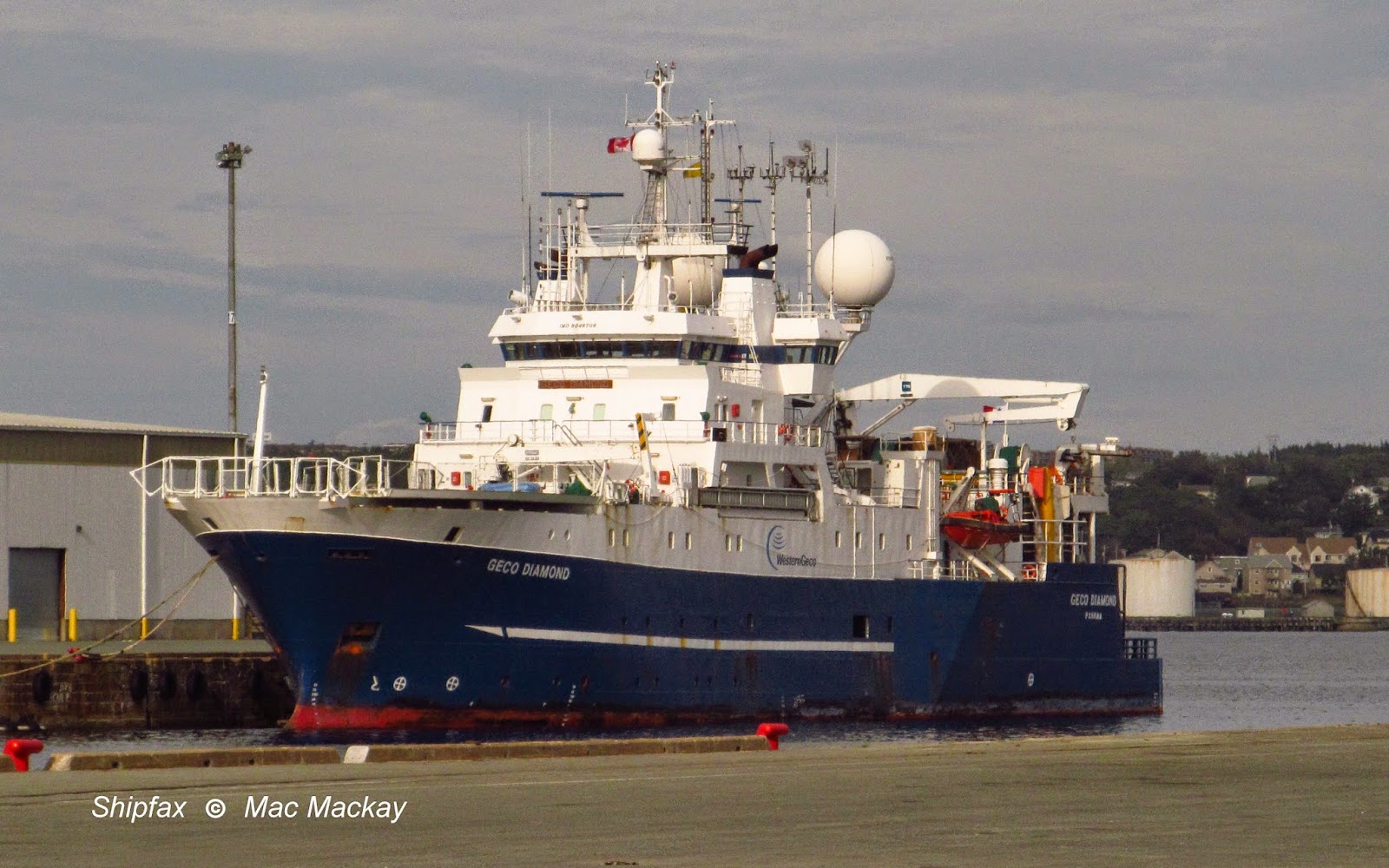 Geco Diamond arrived this morning and tied up at pier 27, to demobilize. The rest of the fleet are dispersing to the four corners of the earth, and some will return next year for more.