The last two Hero class mid-shore patrol boats were undergoing trials today.
CCGS M.Charles M.B. set out from the Coast Guard base at the Bedford Institute and spent the day in Bedford Basin. Number eight in the series, it underwent builders trials in June and was handed over to the Coast Guard. 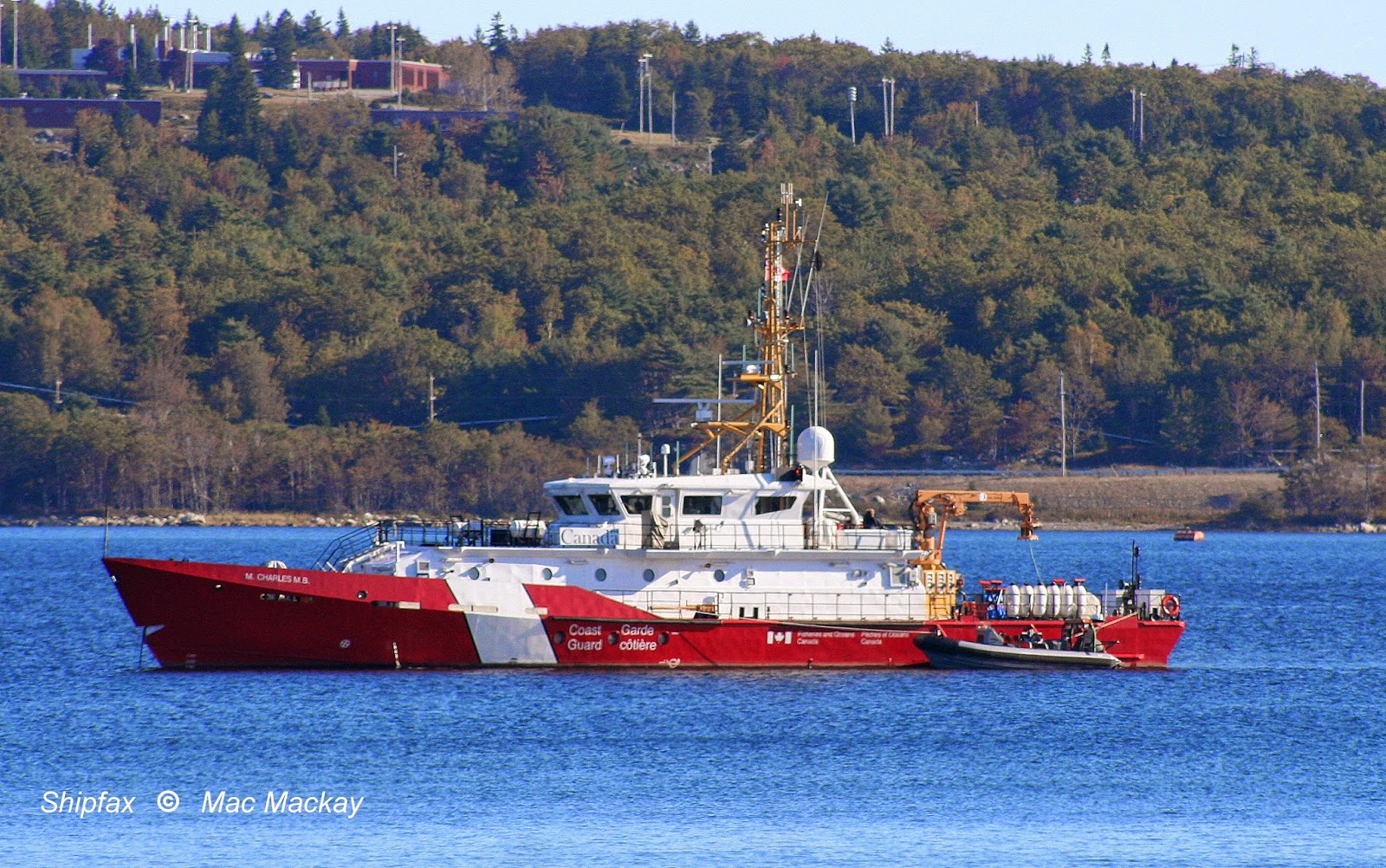 M.Charles at anchor in Bedford Basin, with a RHIB (Rigid Hull Inflable Boat) alongside.

Captain Goddard M.S.M., the ninth and final boat, was launched in May and has spent the summer in Halifax Shipyard, but moved to the trials berth at pier 9C September 19. This morning it also went to the Basin, then this afternoon put out to sea. Late this afternoon it headed inbound as far as Middle Ground, then put about for sea again. 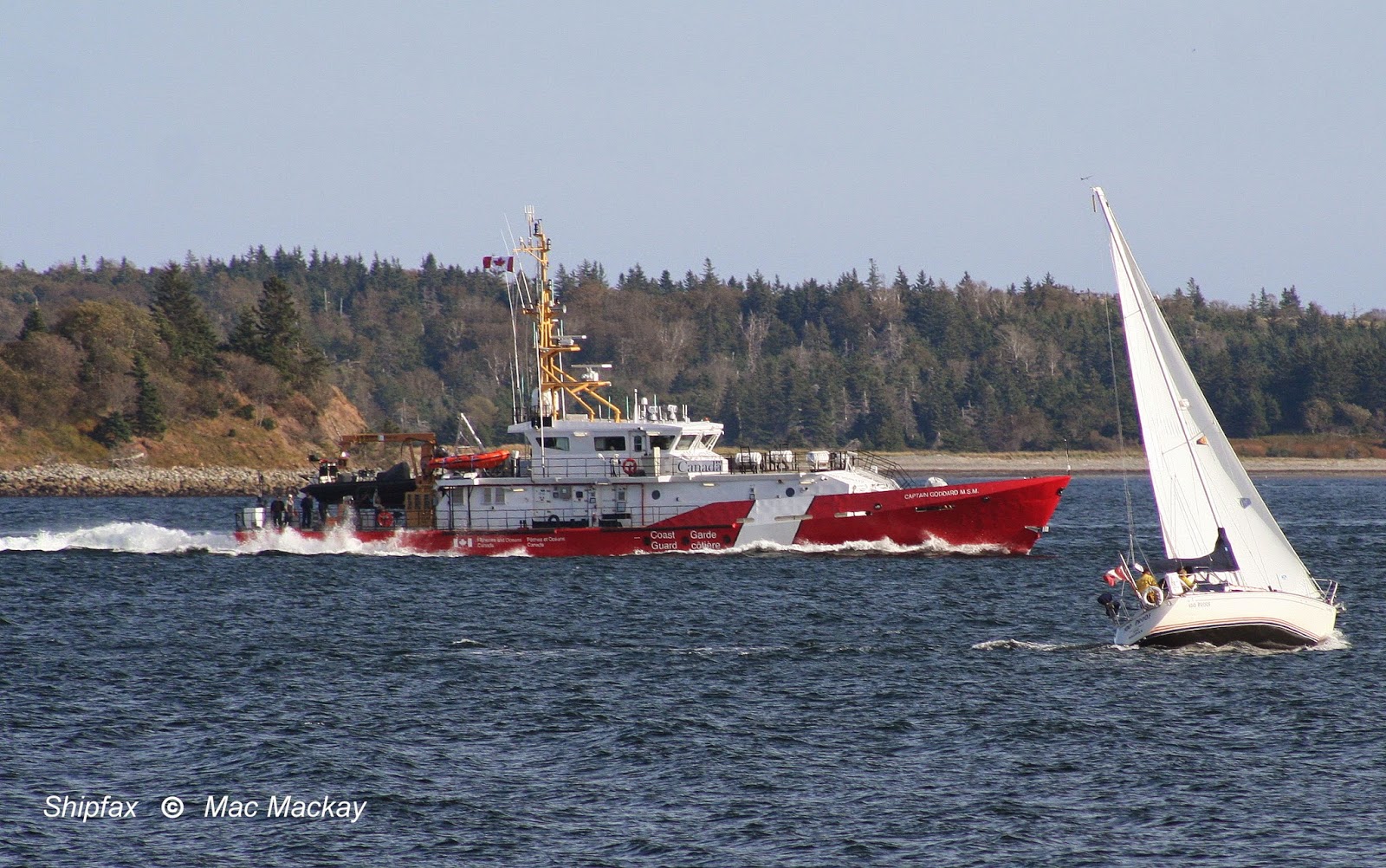 Captain Goddard turns to head outbound again and pours on the speed.

Both boats are to be stationed on the west coast, and will be dry transported there by heavy lift ship late this autumn.