Two small tugs went to work this morning to serve two big ships. The cruise ships Maasdam and Norwegian Gem did not need tugs to berth at pier 21 and pier 22 respectively, but they did require servicing once they did tie up.
First alongside Maasdam was Dominion Diving's Big Steel, working as a dive tender: 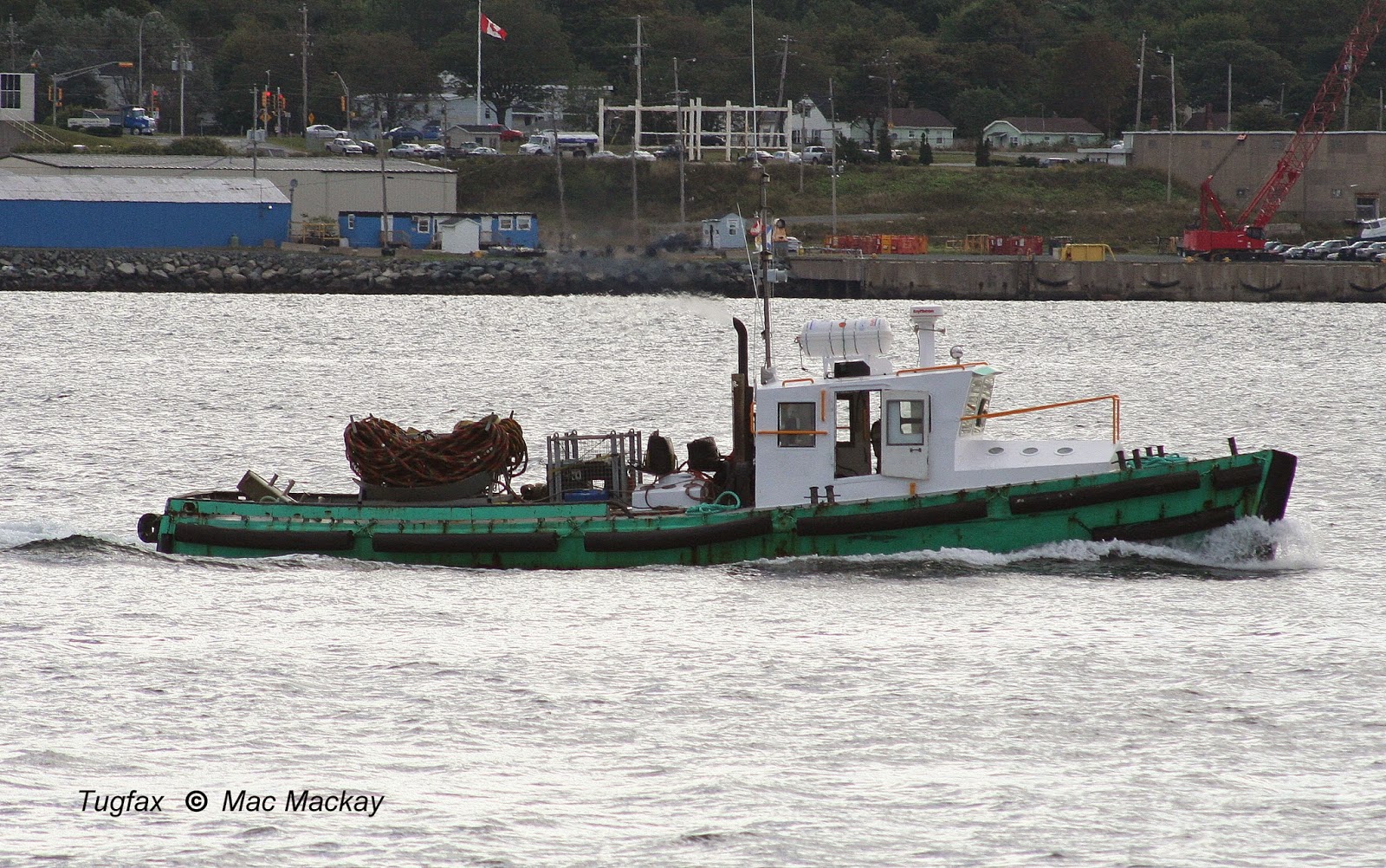 Built in 1955 for the RCN as YMU 116 and later renamed YMU 116. It has a compressor and hose rack on deck to support diving. The boat has also worked as a pilot boat, line boat and tug.

Meanwhile working its way across the harbour, Gulf Spray with the barge D/B Gavin David and the assist boat Harbour Runner: 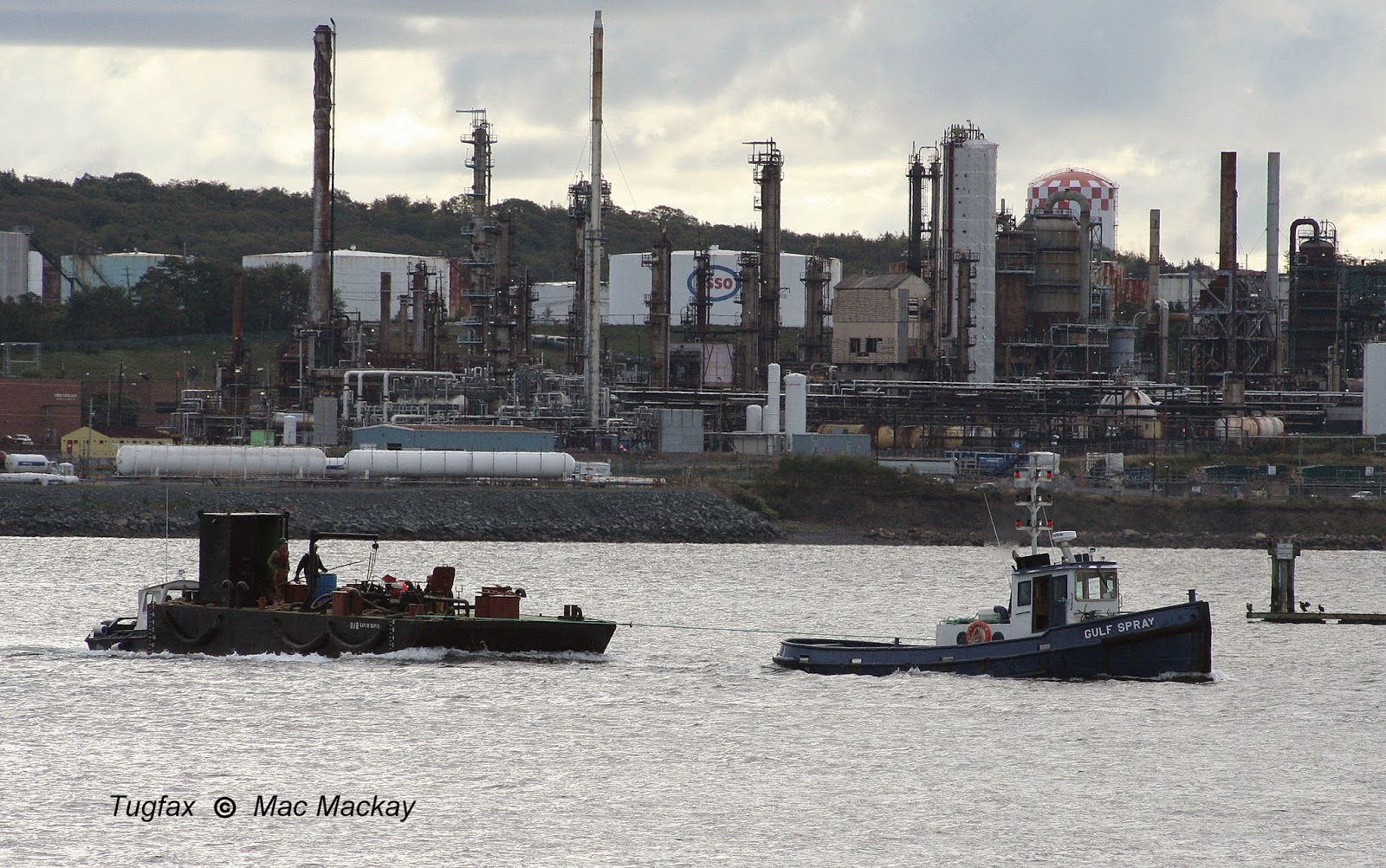 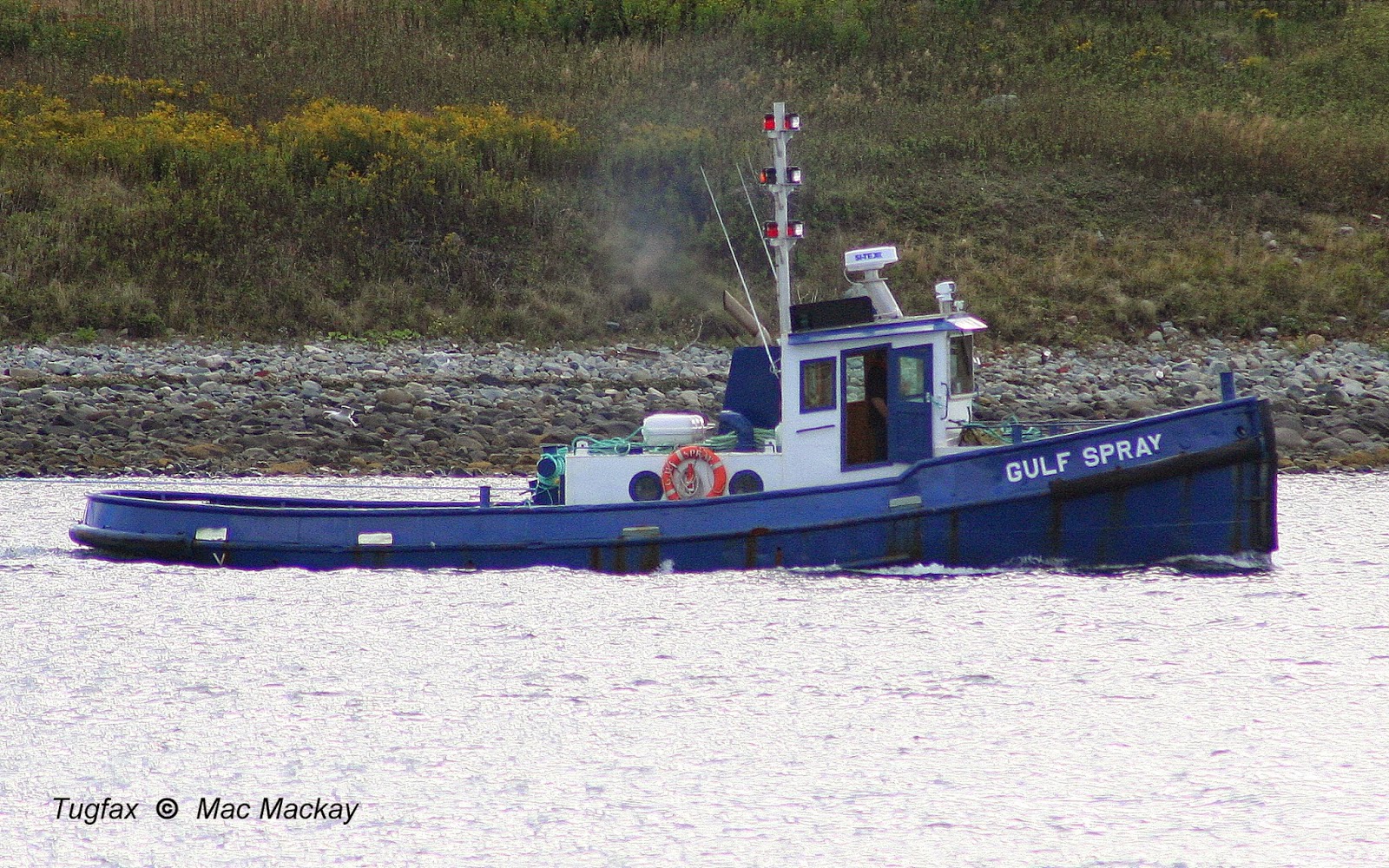 Gulf Spray was built in 1959 and extensively rebuilt in 2007. Last March its house and bulwarks were seriously damaged in a storm, but the boat has been repaired and is back in full service. (See Tugfax of March 28 and March 31 for details on the damage.)
Sister blog Tugfax normally covers tug activity in Halifax.